Hybrids of theatre and cinema, mixing traditional stage acting and video, have become quite trendy lately. But pure theatre that sets a play in the style of 1920s silent film, now that’s original – and even more so if the text at hand is Cyrano de Bergerac, Edmond Rostand’s undisputed king of French theatrical texts. Cie. Miranda dares to cross that threshold… and succeeds. Roaringly so.

After 200 seat-filling shows in France and abroad of “Dom Juan… and the Clowns” , an adaptation of the Molière classic directed by Irina Brook, Cie. Miranda brings in the clowns again. This time, they leave the red noses at home… but not their saltimbanco game. This light but respectful interpretation places the mythical play in a poetic and playful universe, and in the early years of silent cinema.

Roll – Camera – Action! Cyrano becomes an actor-director in a 1920s film, and the cadets his hapless stage hands. The big-nosed tragic protagonist wears a half-mask like many World War One soldiers who had suffered facial injuries and covered missing parts with bronze or ceramic reconstructions. A wounded hero, he is the romantic artist who goes all the way, sequence after sequence, until the final “clap”.

The audience finds itself whisked in the middle of a frantic and frazzled film shoot, a joyful hysteria of creation, changes of scenery and characters. The myth of Cyrano is recreated before our eyes with humour and poetry in a tribute to its original author but also to Méliès, the brilliant craftsman of cinematographic illusion. And, unspokenly, it also pays subtle homage to Nice’s 100 year anniversary of the Victorine film studios.

The actors slip not only into their own roles but also in the skin of certain 1920s film stars… Erich von Stroheim, Gloria Swanson, Louise Brooks, Douglas Fairbanks, Harold Lloyd, Buster Keaton, Stan Laurel… They are having fun and know how to carry the audience from nervous anticipation to breathless silence. Thierry Surace, who also directs, inhabits Cyrano both with gravitas and a sense of self-mockery. Jessica Astier is a fine Roxane between strength and vulnerability. From Philippe Maurin’s creative scenography to perfectly attuned live music – special kudos to Julien Faure who along with his role as Christian also reveals himself as a talented drummer – everything comes together into a truly unique, original, and well-thought-out play. No wonder Cyrano was one of the big successes of the 2019 Avignon Festival where it was first presented. 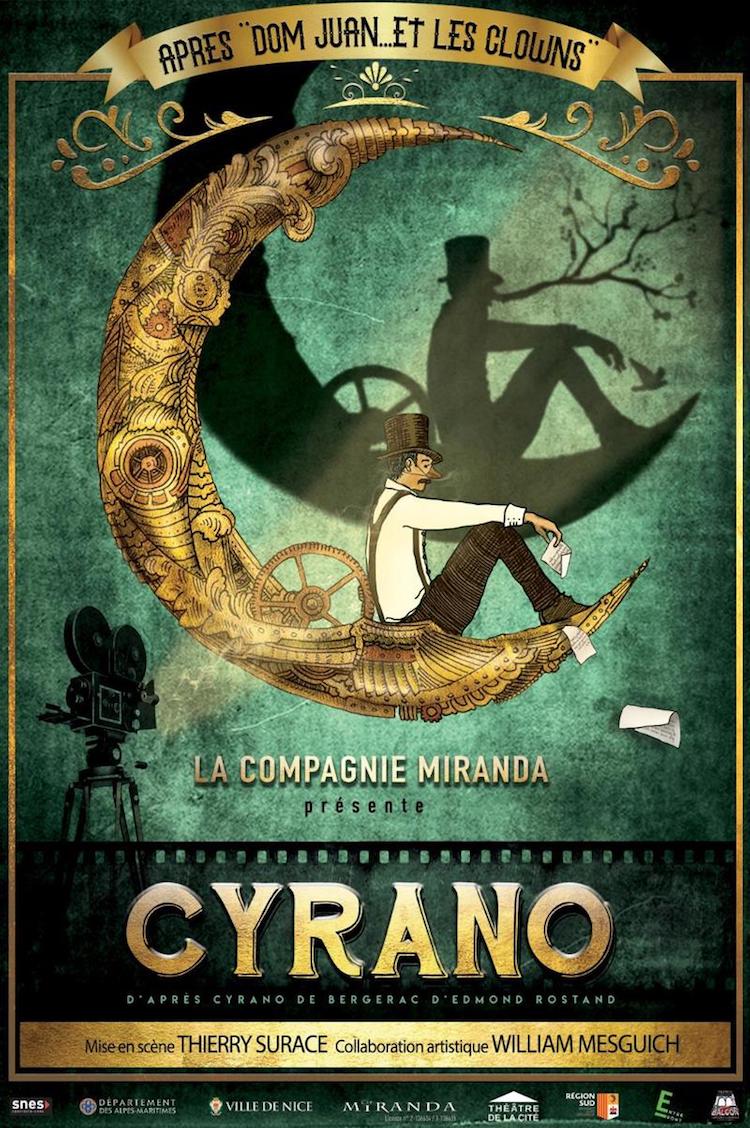 Working in tandem with director Thierry Surace, much-sought-after artistic adviser William Mesguich has left his clearly legible signature on the piece. He is a Shakespearian after all, and the pure, unbridled joy of performing permeates the play, even if the subject at hand is a French classic. But it has to be said, this Cyrano is also more than just a fleeting reverence to Irina Brook’s way of doing theatre. Even if she had no hand in this play, her intangible influence is still noticeable in many ways, from the way scene changes happen on stage to the playful lightness and musicality of the play.

Refreshing, charming, and original – Cyrano is…. what – Oscar-worthy? Molière award material? In any case, it is a terrific success and an unmissable play (even for those who don’t speak French), and a worthy celebration of 10 years of Cie. Miranda. Look out for it to come to a playhouse near you soon when it goes on tour (watch for dates to be announced on Miranda’s website or Facebook page. And while you’re at it, also have a look what else Théâtre de la Cité has on tap in its 2019/2020 programme … because Cyrano was an early but by far not the only one of its highlights this season. 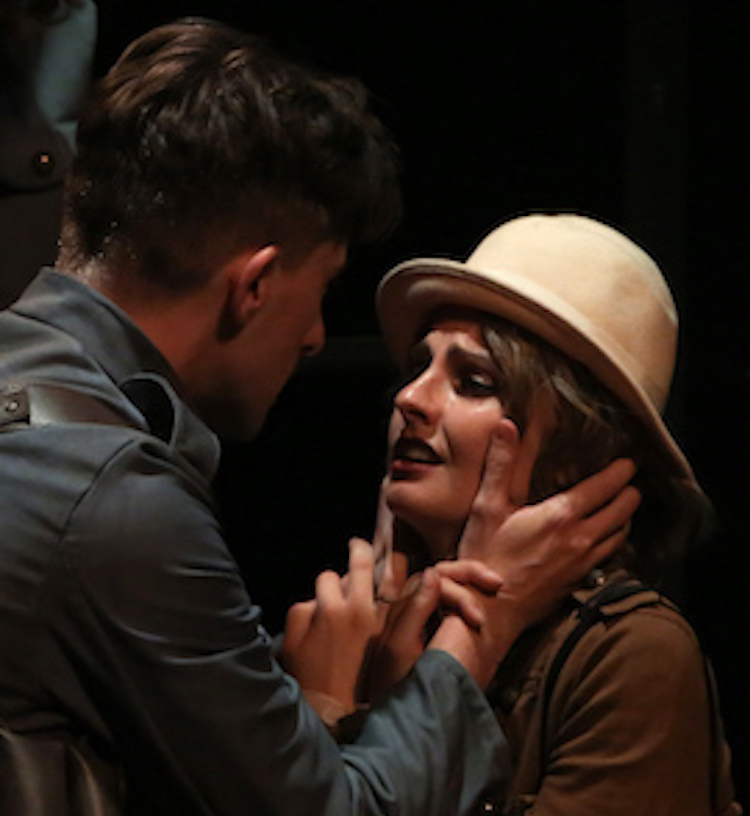 All photos courtesy of Compagnie Miranda