When someone as illustrious as Gad Elmaleh invites you to perform with him, you have got to be good – very good, actually.

A year ago, Laurent Barat had a nice desk job at the Aéroport de Nice, a pleasant life, and a hobby – standup comedy. All of that changed though the night France’s Number One entertainer Gad Elmaleh came to one of Laurent’s shows, and what he saw, he liked so much that he whisked the young humourist off to tour with him. And things have never been the same since.

Well, actually, Laurent had been noted before that. He had loved performing from a very young age, influenced by Roland Magdane, the great French allround stage artist. So when in 2008, Noëlle Perna of the legendary Théatre des Oiseaux in Nice saw his one-man-show on DVD, she pricked her ears. She liked his energy and sense of improv’, and invited him to perform on her stage. Over the following years, Laurent occasionally appeared on TV in shows like Ma Ville en Rire with Olivier Minne and Michel Leeb, and On ne demande qu’à en rire with Laurent Ruquier. And soon enough Niçois show producer whizkid Gil Marsalla, gifted with a keen eye for talent, signed him for Directoproductions. In 2013, Laurent won “Le Fiel Talent” festival, and also appeared in Off Avignon twice. But his really great break came when Gad Elmaleh stepped through the door.

“I had already met Gad at that time, and he had told me he would come one night. But I was completely shocked when he actually did. I saw him come in, his cap on, and he laughed so hard, this unmistakeable laugh of his, that everyone in the audience only turned toward him. I was looking at rows of turned heads. It was hell, it was the worst night of my life,” Laurent remembers, but with quite a happy smile on his face. 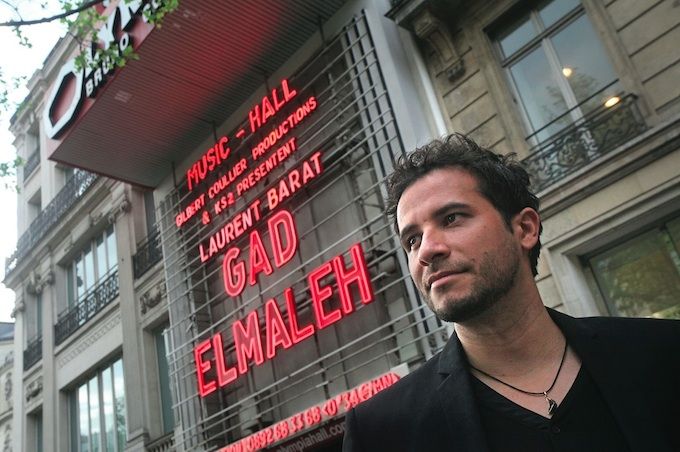 Laurent may think it wasn’t his best night ever but clearly Gad thought otherwise. And within no time he tapped the young comedian to go on tour with him. For a while, Laurent still tried to juggle his gigs with his daytime job but the day came when Gad expected him to choose between the two, because “an artist is only good when he is hungry”.

A pretty tough decision for anyone, weighing a safe, well-paid career against an uncertain future in entertainment, but especially for Laurent, who had had a rough start in life. His parents divorced early, his school district was a problematic one, ruled by violence. When he was a teenager, a film came out that marked him profoundly because it so eerily resembled his environment: Matthieu Kassovitz’ La Haine, with Vincent Cassel, Hubert Kounde, Said Taghmaoui, Karim Belkhadra, and one of Laurent’s favourite actors, fellow Niçois Marc Duret whom he greatly admires.

But eventually Laurent took the plunge… and never regretted it. In the first year of their collaboration so far, Laurent and Gad crisscrossed France for nine months, playing to packed houses, including the Olympia in Paris. But it doesn’t stop there – he also opens for other big acts such as Les Chevaliers du Fiel, Patrick Timsit, Michael Gregorio, and, of course, his artistic godmother, Noëlle Perna, aka “Mado la Niçoise”.

“I have the great chance to live my passion, and now I want to go all the way! Working with Gad is incredible. He has been my idol since my youth. He is generous, supportive, and gives me lots of great advice. The best experience of my life,” Laurent raves of his mentor and stage partner. He is equally appreciative of his manager and producer, Gil Marsalla. “He is a great friend, like family. A very creative, human, and kind person who has helped me enormously.”

Apart from quitting his job, what else has changed for Laurent in this first turbulent and exciting year? “I clearly get a lot more attention from the ladies”, this 36 year old confirmed bachelor says with a big grin and a twinkle in his eyes. But otherwise he has remained true to himself. He still enjoys the same pastimes as before – chief of them his passion for football. And although a confirmed supporter of OGC Nice, his alltime favourite player since childhood is actually an Irish one, Tony Cascarino. Maybe that has to do with his love for Ireland in general, “a place I just adore”.

But he won’t be going to Ireland any time soon, he is currently busy preparing his next program, called “Laurent Barat a presque grandi” (…is almost grown up) which will be hitting the road this September. In it, he reviews his daily life – musing about some old work colleagues, assorted exes along the way, bad Asian food, incomprehensible internet consultants, diets that don’t work…. in short, those annoying little dilemmas we can all relate to. He examines them with wit, style, and self-deprecation. And if Gad Elmaleh likes him, chances are you will as well. Do be sure to check out when this talented young comedian comes to a theatre near you. 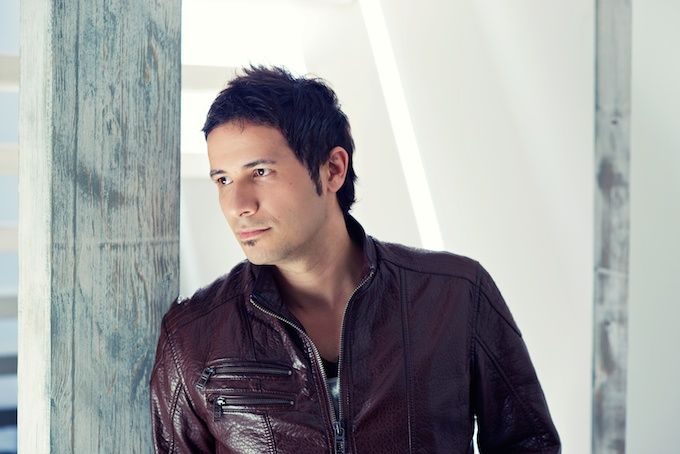