Along with all of the cultural institutions of the Principality of Monaco, the Monte-Carlo Philharmonic Orchestra dedicates its concert of 8th April to the people of Ukraine, with all proceeds going to to the Monegasque Red Cross.

Music Director Kazuki Yamada leads the Orchestra in a programme of works by Mendelssohn, Mozart and Schumann, with guest soloist Maria João Pires playing the Mozart Piano Concerto No 9.

The concert opens with Felix Mendelssohn’s Overture to A Midsummer Night’s Dream (Le Songe d’une Nuit d’été), Op 21 – not to be confused with Mendelssohn’s Incidental Music to a Midsummer Night’s Dream which was written 16 years later. The Overture was composed in 1826 when Mendelssohn was just 17, his inspiration coming from family readings of the Shakespeare play, as well as the translation by August Schlegel, one of the originators of the German Romantic movement and a notable translator of Shakespeare into German. Coincidentally, Schlegel was also a distant relative of the composer. The work was originally conceived as a piano duet, and the fully orchestrated version was premiered in Stettin in 1827.

Multi-award-winning Maria João Pires is regarded as one of the great pianists of the late 20th Century. The Daily Telegraph has written of her “….illuminating phrasing, animated line and golden touch”. Best known for her interpretations of the works of Beethoven, Mozart, Chopin and Schumann, Ms Pires has performed with some of the finest orchestras in the world, appearing regularly with the Berlin Philharmonic, the Boston Symphony Orchestra, Amsterdam’s Royal Concertgebouworkest, the London Philharmonic and the Orchestre de Paris. She has toured the United States with the Concertgebouworkest, appeared at prestigious venues such as the Royal Albert Hall, Carnegie Hall and the Kennedy Center, as well as at the Edinburgh Festival, and is equally acclaimed for her chamber music performances, having toured most of Europe and the Far East as a chamber artist.

Since the 1970s, Maria João Pires has devoted herself to reflecting the influence of art in life, the community and education. She created the Belgais Centre for the Study of the Arts in Portugal in 1999, and in 2012 initiated two complementary projects in Belgium – the Partitura Choirs for children from disadvantaged backgrounds, and the Partitura Workshops – interdisciplinary workshops for professional musicians and music lovers.

In this concert, Maria João Pires plays Mozart’s Piano Concerto No 9, K.271. Composed in 1777, with its size, significant technical demands and depth of expression, it is regarded as the composer’s first fully mature piano concerto. Known as the “Jeunehomme” concerto, it was thought to have been written for a Mlle Jeunehomme, about whom little is known, but it has also been suggested that it might have been written in honour of Madame Jenové, a skilled pianist who was also the daughter of French choreographer Jean Georges Noverre. What we do know however is that Mozart was the soloist at the premiere of the concerto on 4th October, 1777, and he subsequently performed the work when he visited Mannheim and Paris the following year.

There can be no doubt that Robert Schumann called his Symphony No 1, Opus 38, the “Spring Symphony”, for on the first page of the preserved manuscript, the words “Frühlings Symphonie” are written in Schumann’s own hand. The most cheerful and buoyant of his four symphonies, the First is also the most frequently played, and is thought to have been inspired by the poetry of the German writer, Adolf Böttger, whose imagery of springtime also influenced composers such as Edvard Grieg and Richard Wagner. Written in early 1841 in the space of four days, the Symphony No 1 was orchestrated in February of that year and premiered in Leipzig on 31st March by the Leipzig Gewandhaus Orchestra – a performance conducted by Schumann’s friend, Felix Mendelssohn. 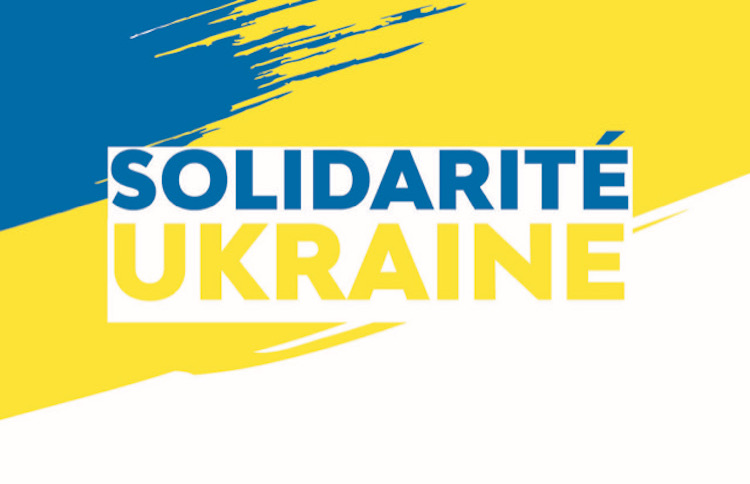 Kazuki Yamada leads the Monte-Carlo Philharmonic Orchestra and guest artist Maria João Pires in a performance of works by Mendelssohn, Mozart and Schumann in the Auditorium Rainier III on 8th April at 20h00. The concert is dedicated to the people of Ukraine, with all proceeds going to the Monegasque Red Cross.

Seats may be reserved online, or at the ticket office in the Atrium of the Casino, Place du Casino de Monte-Carlo (open from 10h00 to 17h30 or an hour ahead of the concert).

The Monaco Philosophical Meetings held an evening of solidarity with the Ukrainian people and support for researchers and students who are victims of the war in Ukraine, on 28 March at the Maison de l’Océan (Paris).

Forthcoming performances and events include:

The Princess Grace Theatre – April 7
The lucubrations of a man suddenly struck by grace, a play by Edouard Baer

The Grimaldi Forum – June 10
My Land circus and dance show

The Monegasque national committee of ICOM (International Council of Museums) is a signatory of the declaration of the European committees in support of Ukraine, and The New National Museum of Monaco plans, within the framework of the actions initiated by ICOM and the Blue Shield, to participate in the sending of equipment to help protect cultural collections on site in Ukraine.