In her first big artistic project after her voluntary departure from Nice, the former TNN director unites her love for Shakespeare with her passion for directing opera

There is Life After Nice. If you witnessed the final year of Irina Brook’s tenure at the Théâtre National de Nice, and have seen her recently, you cannot help but noticing her transformation. Gone is the burden of managing a theatre that visibly weighed on her narrow shoulders and dimmed the brightly shining light in her eyes. Now, it is as if a switch was flicked: she once again exudes that playful sense of wonder that is her hallmark, she radiates new-found inner peace and joie de vivre, and she is putting her old aplomb into a new project: Benjamin Britten’s Midsummer Night’s Dream at the Vienna State Opera, one of the maestra’s favourite houses, premieres on October 2. 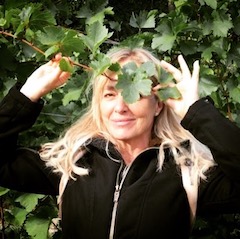 If Irina Brook went out with a mini version of Shakespeare’s Dream in Nice, she rings in this new chapter of her life with a spectacular operatic production of the same. And not just that, she is in fact the season opener of a very sophisticated 2019/20 Staatsoper Wien programme. First performed around 1596 and one of Shakespeare’s most beloved plays, the comedic farce of four lovers who find themselves bewitched by fairies is a sly reckoning with love, jealousy and marriage. Returning to the house for the first time after 55 years – then directed by the venerable Herbert von Karajan – Benjamin Britten’s masterful opus now gets the playful and airy Brook touch.

Britten and Shakespeare, an unlikely pair at first glance, but what the two great Englishmen shared was a love of words. The composer knew intuitively how to transform Shakespeare’s amusing, light, and poetic masterpiece in skillful orchestral interludes with dramatic aptness and depth of psychological characterization. Upon its world première in 1960, the opera was a hit, thanks to its ravishing music, subtle theatre, glittering dream world, and nuanced interplay between humans of all classes. The Wiener Staatsoper magazine “Prolog” credits Britten with “creating a musically multifaceted enchantment which constantly beguiles and exhilarates, going beyond simple tonal imagery to implicit communication.” No wonder that Irina Brook, who shares the exact same philosophy of making theatrical productions accessible and joyful, was intrigued… 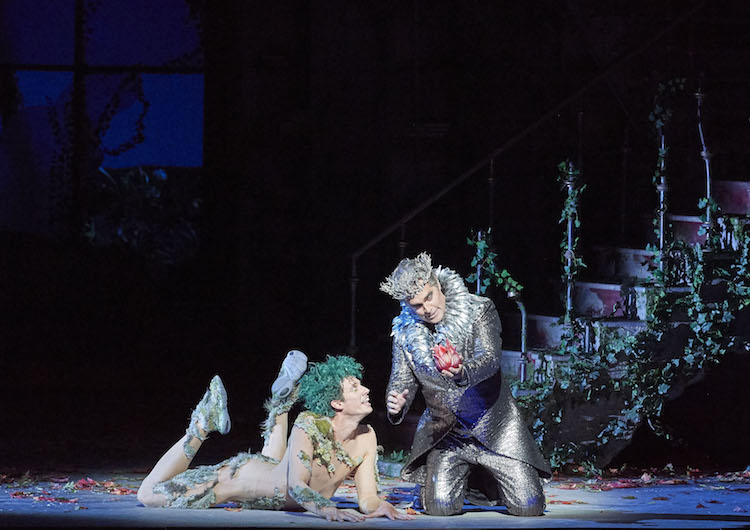 But it was an uphill battle. “When I started looking more closely at the Britten opera, initially I had the impression that the opera is very different from the play because of the music; in several scenes there is a completely different basic tempo that makes it seem less nimble,” Irina Brook says in answer to the question of whether there is a difference between the atmosphere in the play and that in the opera. “But as I became more familiar with Britten’s setting, I grew to love this music which effectively casts a spell over you. I realized then that what I had here was the ideal music for this play.”

It certainly helped that another notable woman shared Irina’s initial trepidation but then grew to love Britten’s take on Shakespeare. Australian conductor Simone Young – among the most celebrated contemporary conductors and also one of the very few women in this profession – talks about the challenging intricate structure of the opera. “Many people find the piece very episodic, and this is why I think the idea of our director, Irina Brook, of setting all the action on a single set is a very good one. This creates a framework for the individual sequences.”

Young has been closely connected to Wiener Staatsoper since her début in 1993 as the first female conductor. To date, she has conducted a total of 31 works on 173 evenings. She is widely considered as one of the most authoritative voices in classical music. She explains further how to best understand Britten’s complex world, “Basically, it’s the same with any other opera, you have to see the details without losing sight of the whole […] but there’s a common thread running through the piece, and that’s magic. You come up repeatedly against the magical motif, expressed through glissandi in the low strings. To me, it sounds like a big tree which is twisting in the wind. […] These natural sounds are also part of Britten’s world, or more precisely, Britten’s world around three in the morning, between dream and nightmare. These sounds constantly recur in the opera, setting a reference point.” 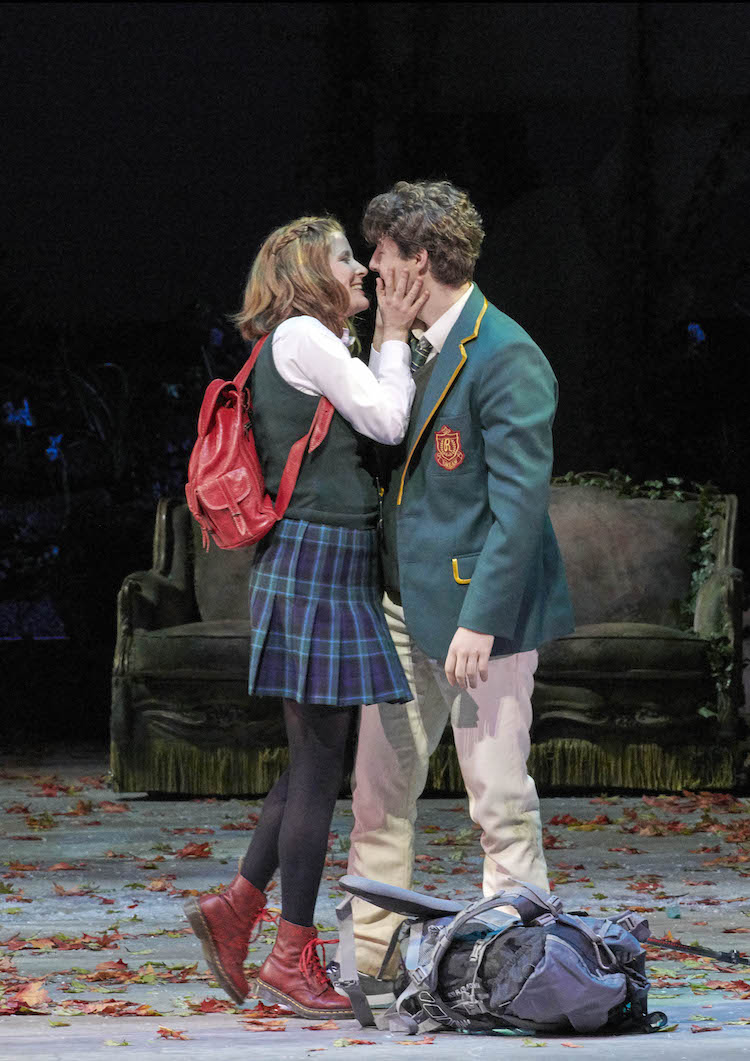 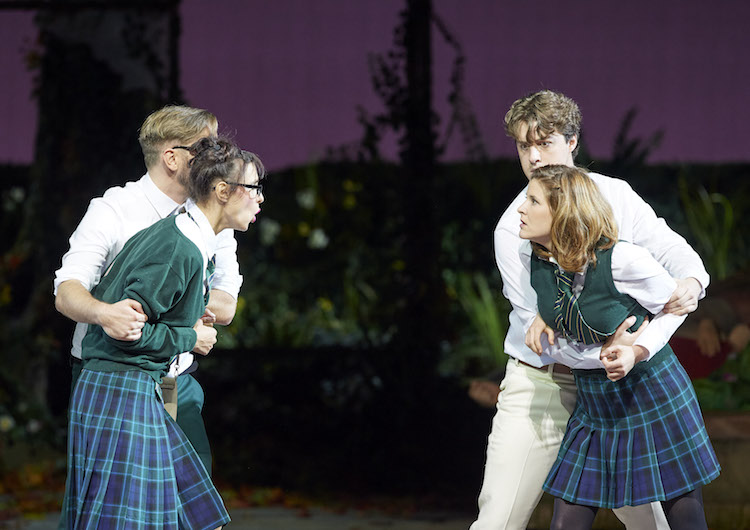 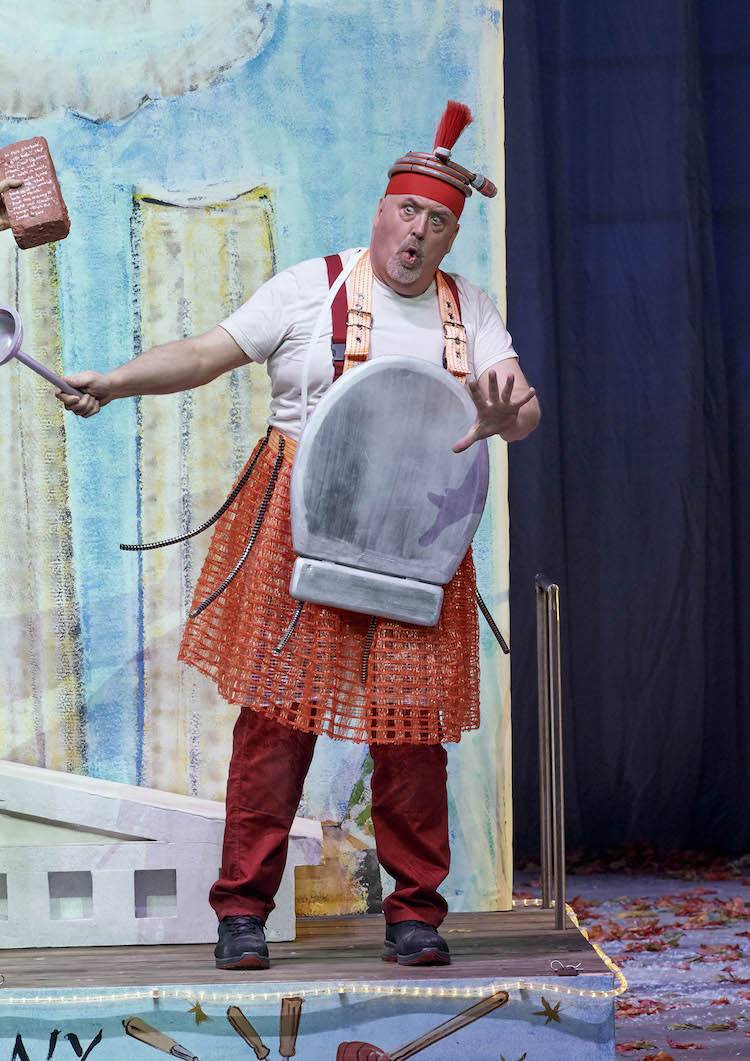 Irina Brook is happy to work once again in Austria, which has previously hosted her adaptation of the Bard’s Tempest and her signature play Peer Gynt at the Salzburg Festival. But while she happily confesses to being an “evangelizing Shakespearean”, she has more up her sleeve, and year after year proves on opera stages around Europe that she is just as talented at directing opera as she is at theatre. This current production is also not her first foray into the Austrian capital: in 2015, she created a fresh and quite burlesque adaptation of Donizetti’s Don Pasquale in the venerable Viennese opera house.

With her signature flamboyant treatment of classic literature, what can spectators expect? The director treads a fine line between her linear storytelling, remaining faithful to the original work, and a modern flair when it comes to décor, costumes, and “look & feel”. The opera world may compartmentalize an artist as conservative or contemporary but she finds this distinction superficial. She loves mixing and mingling styles and elements, and she invariably sprinkles in a good dose of sex appeal and strong women. Midsummer Night’s Dream may therefore well be set in a ruin overgrown with wild plants and trees, and the lovers wear boarding school uniforms, but the characters will not stray too far from how Shakespeare imagined them.

Rehearsals are in their final stage and excitement is ramping up. One name on the Midsummer Night playlist has already appeared in Don Pasquale – that of the superb Moldovan soprano Valentina Naforniță who back then sang the part of Norina and here slips in the role of Helena. As an aside, Don Pasquale returns to the stage in Vienna from 30 October 2019.

Other renowned singers are internationally successful American countertenor Lawrence Zazzo in the role of Oberon, American coloratura soprano Erin Morley as Titania, multitalented actor/singer/acrobat Théo Touvet (Puck), and a mix of seasoned and up-and-coming talent (see programme for full cast). Scenography and wardrobe have been entrusted to Irina Brook’s longtime trusted collaborators Noëlle Ginefri-Corbel and Magali Castellan who both know to a tee how to interpret the director’s vision into color and poetry on stage. Jean Kalman signs responsible for lighting, and choreography is by Martin Buczko.

You can follow the première on Wednesday, October 2, 2019 in HD worldwide via Wiener Staatsoper/live at home. It will also be projected as part of the “Oper live am Platz” series on Vienna’s Herbert von Karajan-Platz. The performance on Saturday, October 5, 2019 will be broadcast live on Radio Ö1 (+ EBU). Additional shows are programmed for October 9, 13, 17, and 21. 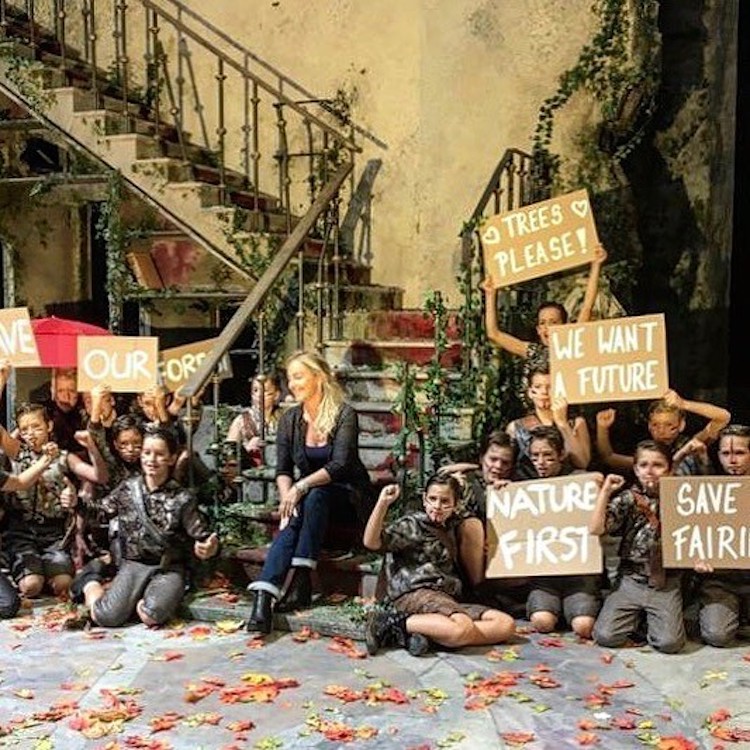 But Irina Brook would not be Irina Brook if she didn’t use this stage to advocate for her pro-environmentalist mission, as above, where her Shakespearian fairies picket during a rehearsal break. RIVIERA BUZZ fully supports the message and hopes that it keeps (or starts) resonating with everyone around the world.