Today’s world can be a scary place. Isabelle Servol’s Théâtre de Lumière reminds us that goodness still exists, and builds bridges between cultures.

Theatre, as we all know, has a crucial role in society: it is meant to shake up the status quo, to make people think, to question that which is. And sometimes, it just educates. The best theatre though is the one where pedagogics meets dreams, accompanied by wit. Niçois actress Isabelle Servol is the undisputed heroine in doing just that. Season after season, her Théâtre de Lumière presents plays whose whipped cream-like lightness gently folds over a layer of moral philosophy. The company’s current play Le Prince Heureux, an adaptation of Oscar Wilde’s “The Happy Prince and Other Tales”, is no exception. Turned into a poetic and gently funny musical narrative for children, its magic touches the adult heart to the same extent. Small wonder therefore that this 2014 creation was chosen by Théâtre National de Nice to kick off the current UNESCO Week of Children’s Rights. 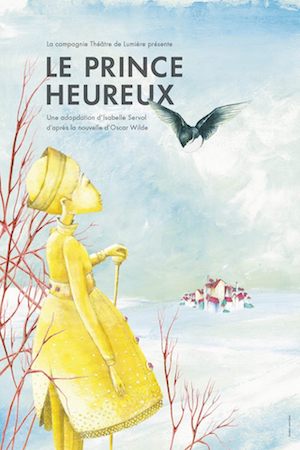 Le Prince Heureux, that’s the story of a statue and a swallow. The statue had been erected in honour of the local prince who had been doing good deeds all his life, and died a happy man for it. One day, a swallow who had missed her flock’s departure for wintering in Egypt, rests at his feet. The two strike up a friendship, and the prince asks her to carry out good deeds for the needy in town with the help of the gems that adorn his statue. He makes miracles happen, and the happiness these create is contagious. A sweetly told story about listening, sharing, caring, helping, and generously giving of oneself. A gently educational story about empathy and friendship beyond death.

Isabelle Servol and Fabien Duprat play the lead roles, slipping into various characters throughout the story with ease and elegance. The musical adaption carries the unmistakable signature of Alain Joutard, well-known and much-loved musician, conductor and artistic director with an immense influence on the music scene far beyond Nice. Three on-stage musicians – Marjolaine Alziary (viola), Amédée Briggen (piano) and Jean-Louis Ruf-Costanzo (mandolocello) – bring Oscar Wilde’s story to life through sophisticated classical music by Schubert, Offenbach, Fauré, Debussy, and Grieg. Beautifully artistic puppetry helps the littlest ones make sense of it all. And highly intelligent lighting effects and creative use of costumes turn the simple décor into a landscape of astounding visual richness and sensuality. Finding the right balance between appealing to children and making a play interesting for adults is a challenge, and Le Prince Heureux got everything right.

But beyond the magic that happened on stage, another kind of magic happened in the audience. The TNN’s sold-out Michel Simon hall was packed with 200 children between the ages of 1 and 12 and their caretakers. Nothing special about that. But suddenly, an unprecedented sight: that of about 20 Muslim mothers accompanying their children. In this city where recent events have created a deep chasm between religions and philosophies, and where Western culture is constantly questioned and even threatened by certain anachronistic forces, The Happy Prince managed to bridge the gap. A remarkable feat. It was heartwarming to see how these women, so often regarded with disdain for their lifestyle and wardrobe choices, felt welcome and included. And one would hope that more of them ventured past the threshold of a theatre to engage with local culture.

Théâtre de Lumière, which Isabelle Servol co-founded with Alain Joutard, is not a stable of actors collaborating on every project, but a loose formation of artists who individually choose to to join a new creation. Its work, Isabelle explains, “is always conceived to address and include the young audience, and wants to reflect the dreams and poetry that exist in all of us”. Théâtre de Lumière does not impose a doctrine, it does not privilege one set of values over others, it does not wag a finger… it just creates. And creates exceptional quality. 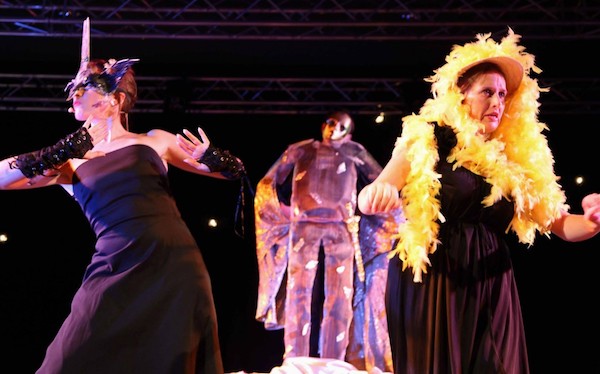 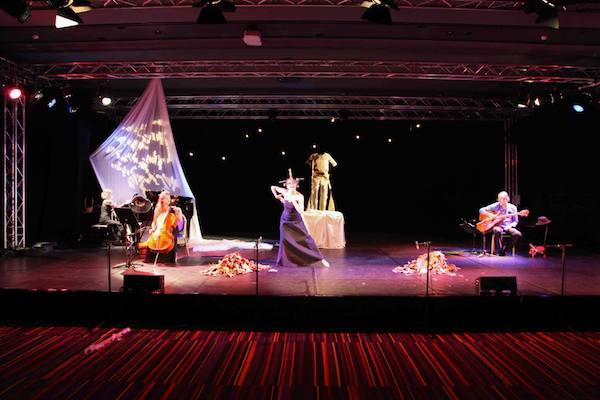 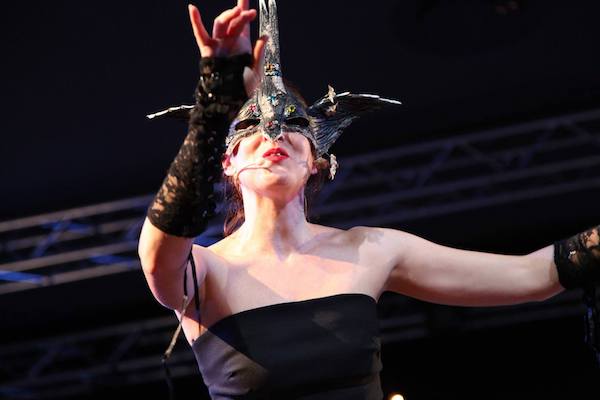 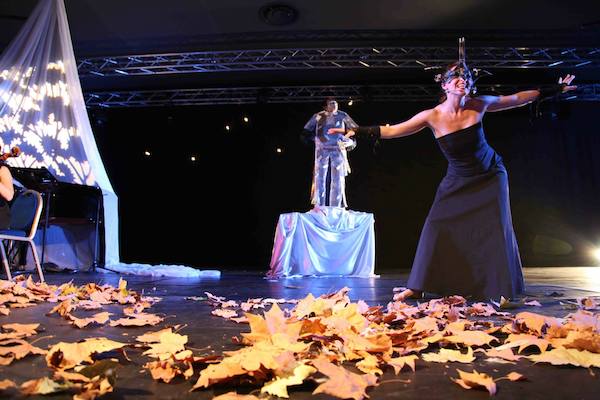 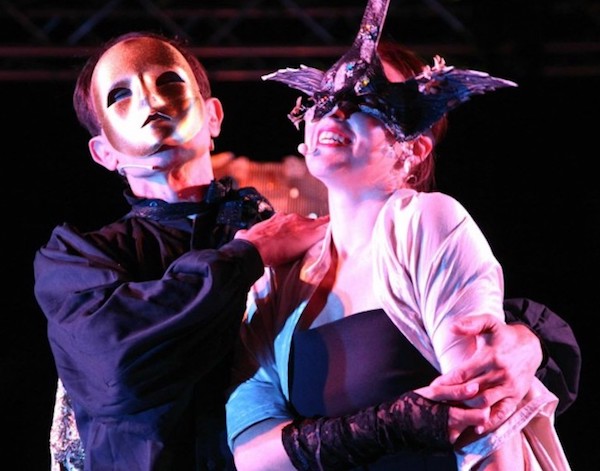 These past few years, Isabelle Servol has positioned herself as one of the most accomplished performing artists and artistic directors in Nice. An allround talent who acts, sings, and dances her way across a wide variety of genres, she has a penchant for imaginative, educational, poetic, and witty storytelling. Throughout her work, two themes pop up time and again: Female characters who are strong and vulnerable in equal measure – such as Camille Claudel, Clara Schumann, and the Happy Prince’s Swallow – who all seem to serve as Isabelle’s role models on and off stage. And then there is the recurring theme of Parisian turn-of-the-century cabaret with all its exuberance, which gives her a chance to show her more energetic, comedic side. But whatever the storyline, she never strays from her leitmotif of love, kindness, poetry, and hope, themes that she cherishes on stage as much as in real life.

The world needs more of that right now. This is why Isabelle Servol and Théâtre de Lumière deserve the big stage, not just in Nice but also Paris and elsewhere. And we, the audience, deserve more of that kind of theatre. Theatre so compassionate and enchanting that you don’t even know you are being taught a moral lesson.

For more information on this and other shows, please visit the Théâtre de Lumière website.