There certainly is no shortage of theatre festivals in Nice. Some are more memorable than others. But if there is one that merits a top spot in the artistic landscape it’s the annual Femmes En Scènes event that has by now become a highlight in the cultural calendar. The 11th edition just closed on Sunday, 17 March after ten highly successful days, and it went out with a bang. We explored the phenomenon that actress and director Françoise Nahon created in 2008 and has been organizing ever since.

But last things first, in this case, because the grand finale to this year’s event at Théâtre Francis Gag was really one to write home about. Françoise Nahon wanted it to be festive, and festive it was alright. It was also cheerful, filled to the brim with great emotions, and quite simply brilliant.

If you don’t know the featured act, Harpsody Orchestra, an all-women quintet playing two harps, a cello, a flute and a violin, might sound tame and genteel. Not so, by far. While Cécilie Bonhomme, Marjolaine Alziary, Laetitia Guillemet, Elodie Valat and Aurélie Ellul Ricci are perfectly capable of toning it down and wrapping the featured “movie tunes” theme in sweet, mellow, silky-smooth arrangements, they also know how to pack a punch. Have them share the stage with guest performers Jeffrey Mpondo (vocals) and Pascal Reva (guitar) – both of Nojazz fame – alongside ultra-cool Swedish guitarist Linus Olson and percussions powerhouse Fab Galia – two veterans of the booming French jazz scene – and you got a recipe for making the notoriously snobby Niçois audience jump up and cheer. 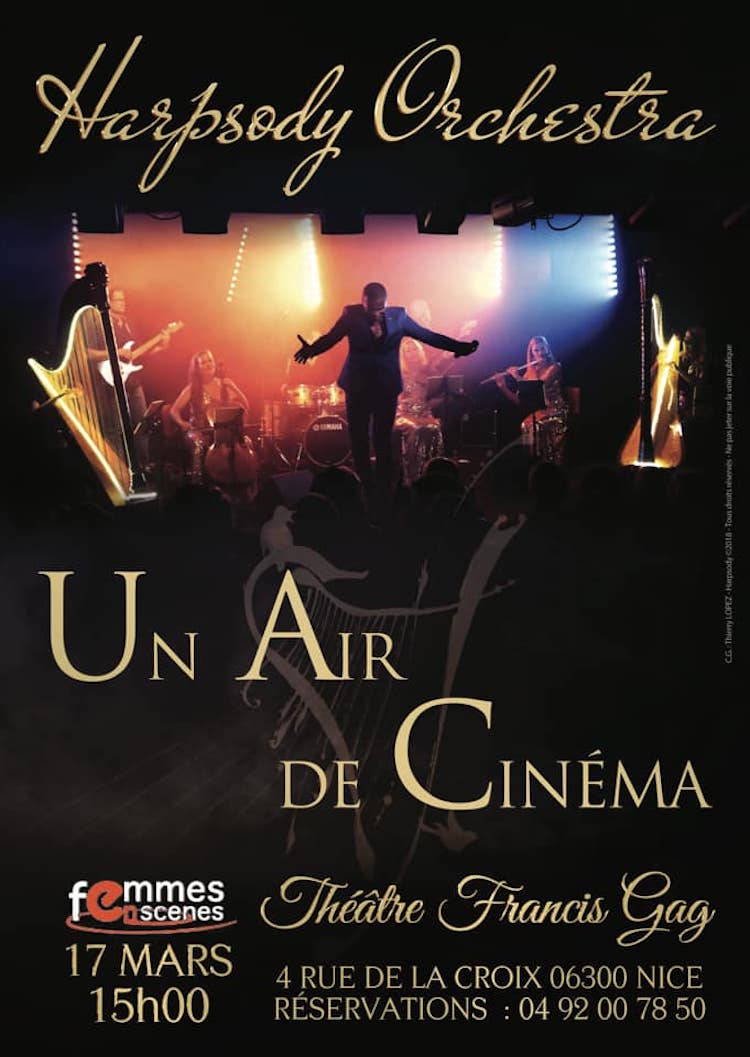 There must have been more than one person in the audience who shed a tear or three at Jeffrey Mpondo’s incredibly soulful rendering of “You Raise Me Up”, before rocking out to “Billy Jean” or “Purple Rain” (Michael Jackson and Prince would have been proud of what Jeffrey pulled off!) The charismatic French-Caribbean-Cameroonian Nojazz frontman with a vocal range from here to the end of the galaxy and a stage presence to match willingly shared the spotlight with Harpsody Orchestra and notably with the multitalented Marjolaine Alziary, cellist extraordinaire, who delivered moving vocal interpretations of Jacques Brel’s “Ne me quitte pas” and Claude Lelouch’s “Dabadabada”. All in all, a closing show more than worthy of this fantastic festival and easily one the artistic highlights of the year, young as it may be.

Speaking of highlights, and coming back to the Festival Femmes en Scènes, this 2019 edition was anything but short of them. Apart from the closing concert, it would be unfair to all the artists involved in them to single out anyone in particular, although this may have been the best crop yet. Instead, let’s take a closer look at Françoise Nahon’s concept. 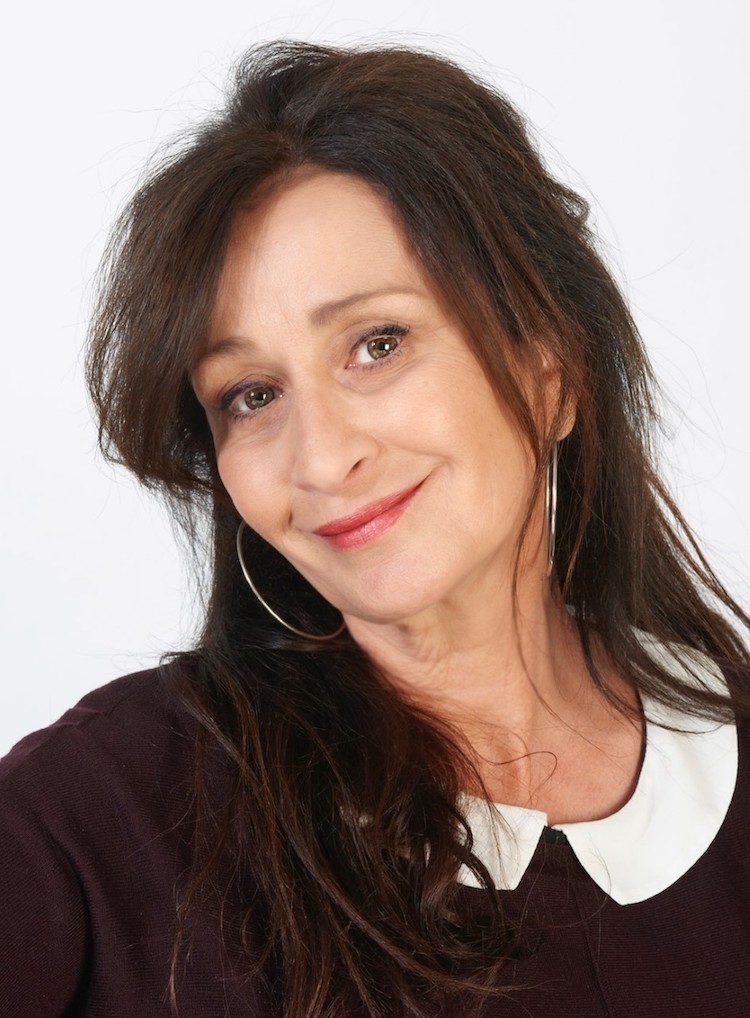 Taking place in March – the month dedicated to women’s rights – this women-themed festival has by no means a radically feminist agenda. Rather, the motivation that drives Femmes en Scènes is mixing genders and fighting sexist stereotypes. Although the plays are all written, directed and performed by women, men often play a role – no pun intended. The only measure of what is programmed is quality… always has been from the beginning, Françoise tells us.

The inaugural 2008 festival arrived in Nice just at the right time, when the city was a cultural wasteland, while globally women’s issues started to take a spot in public conscience. It may focus on theatre but there are also music and dance and visual arts. “We have chosen to highlight all forms of artistic expression in an eclectic and joyful setting. Our goal is to show solidarity and partnership with women’s associations, and to do so, we make this festival accessible to all with very moderate ticket prices, so we can promote access to culture for everyone,” Françoise says.

Every year, an influential patron lends her name to the festival. In 2018 it was outgoing TNN director Irina Brook, this year the honour fell to Hélène Zidi, who also presented one of the artistic highlights, “Camille et Claudel”. Working in performing arts as a woman is not all that easy, the formidable, internationally trained actress/director shares, but it is empowering. “I’ll let you in on a secret. When I was a little girl I was painfully shy and riddled with complex. I felt very small in front of a world of brilliant but too imposing, powerful and for the moment uncomplicated men in the artistic world. It took me incredible strength, perseverance and immeasurable rage to set out on a quest for the woman, mother and artist that I have become today. The theatre saved my life, restored my dignity and gave me legitimacy.”

For the first time this year Femmes en Scènes’ pluridisciplinary programme also attracted a significant number of international visitors. Throughout the festival the audience was invited to leave its impressions on slips of paper, which would be pinned on The Dress, an annual symbolic installation created by Marie-Caroline Regottaz. This year, The Dress was a tutu in an homage to Niçois ballerina Ophélie Longuet who had lost her life in a tragic road accident last year. And in addition to the performing arts part of the festival, several exhibitions across Nice featuring women painters, sculptors and photographers to round out the 2019 edition. 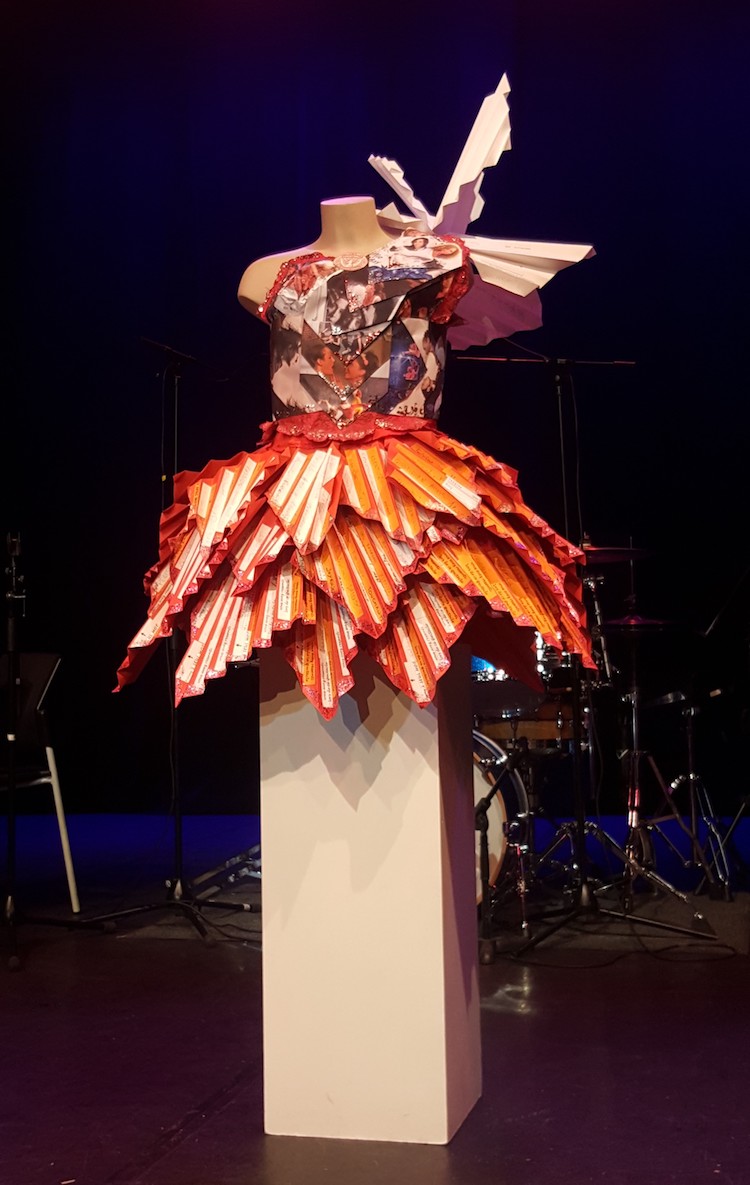 Going from strength to strength, Femmes en Scènes is one of the most visible and popular festivals in the region, but few know that it is a labour of love, carried out by Françoise Nahon and an army of devoted volunteers. Although Ville de Nice provides logistic support, there are no public or commercial sponsors, and the festival is auto-financed by ticket sales. Filling seven theatres across town over the ten day period is not an easy feat, as other major events in town are competing at the same time. But Françoise, a petite woman made of boundless energy and iron determination, keeps making things happen, year after year. On top of all of this, she also works as an actress, director, and acting coach, and delivers an annual contribution to the festival, this year as the producer of Ring

An amazing, culturally rich and socially meaningful festival has come to an end. But it won’t be long before preparations for the 2020 edition will be underway. A lot of corporate and municipal money goes to much lesser causes, and it remains to be hoped that in the day and age of #MeToo, of the daily battles that women still fight for equality in society and the work place, and of ongoing physical and sexual abuse of women, one day sooner rather than later a private or public sponsor values and honours not only the artistic quality of the Femmes en Scènes festival but its impact on the condition of women here and everywhere. 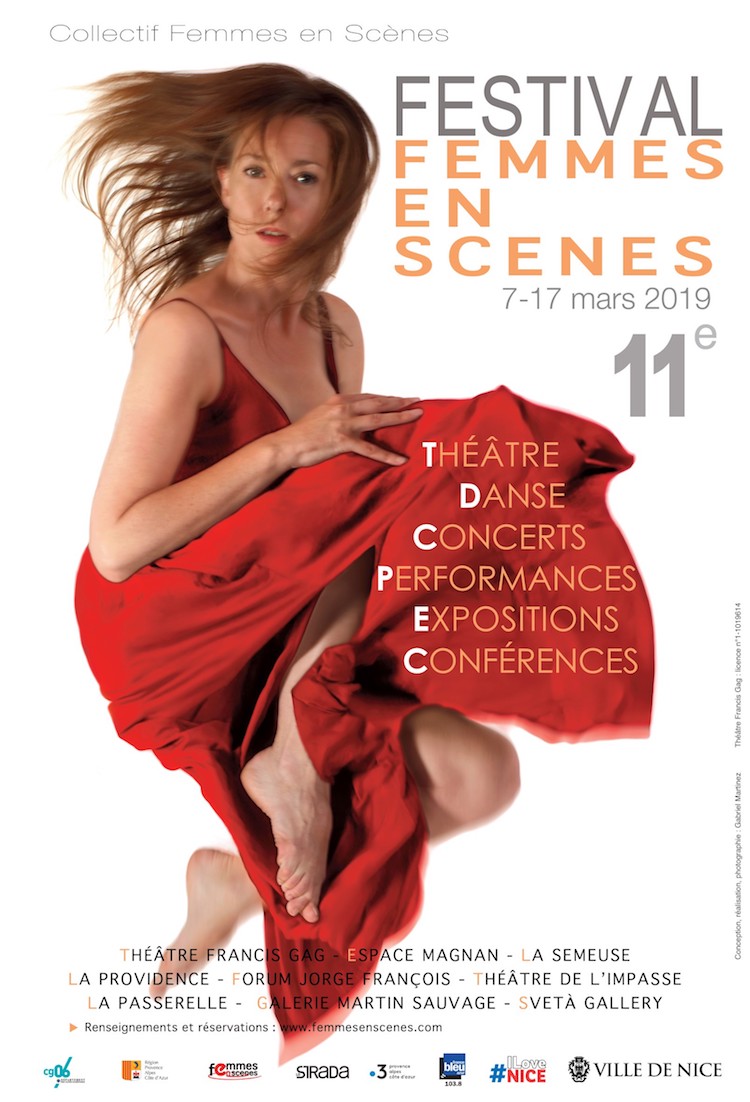 Lead image and photo of The Dress (Tutu) by Natja Igney; photo of Françoise Nahon and event poster by Gabriel Martinez