Nice-born actor Marc Duret went out to conquer the cineastic and theatrical world, and is coming back home as an international star.

He is a household name for film and theatre fans in Europe and the U.S. One of the best, most versatile and most prolific contemporary French-American actors.

His career spans three decades and two continents, and his CV reads like a compilation of the “Best Of” on stage, silver screen, and TV. The list of directors and peers he has worked with is a veritable “Who is Who” of the entertainment industry. And he is from Nice. We meet Marc Duret for an exclusive interview.

The first thing that strikes you is his razor-sharp wit and curious intellect. He effortlessly moves from one train of thought to another with the same elegance, efficiency, and open-minded perspective. He listens intently, he reflects. His brainy sense of humour is forever ready to fire off a quick repartee and break out in hearty laughter.

His vivid gestures betray his Italian heritage on his mother’s side. The twinkle in his eyes and the hellish charm of his smile bear testimony to his joie de vivre … a charismatic man in the prime of his life, exuding the quiet confidence of one who has accomplished much and has still a lot to look forward to. Authenticity to the core is the hallmark of this man. Airs and graces? Completely absent.

How can someone so genuine slip so easily in the roles of cruel villains, tough law enforcers, ruthless clerics, or sleazy politicians….. among many others?

The acting bug bit Marc early on. As a teenager he stuttered, so his mother suggested taking acting classes to remedy that. He quickly fell in love with the theater, so much so that he chose acting for a career. He learned his trade from scratch at some of the world’s finest acting academies in France, the UK, and the US.

Debuting his studies in Nice at the Conservatoire National under Madame Chaney, he then went on to the Conservatoire National Supérieur d’Art Dramatique in Paris. Incurably attracted to multilingual and multicultural environments though, he soon ventured out to Anglophone countries to continue his studies at Rose Brudford College (UK), then the Drama Department at University Sunny Albany (NYC), and finally Stella Adler Conservatory (NYC).

With this pedigree under his belt, and his perfect fluency in French, Italian, and English, roles didn’t take long to arrive. Then came 1988, and with it Luc Besson’s cult film Le Grand Bleu (The Big Blue). Marc forever etched his face and name in the hearts and memories of two generations of movie goers as Roberto, Enzo’s younger brother (played by Jean Reno.) “Roberto, mio palmo!” – one of cinema’s classic lines.

Other important roles followed quickly. La Femme Nikita – which in 1991 earned him a César nomination for Most Promising Actor -, Doberman, La Haine, or Héroïnes, to name but a few…And he was not only found in front of a camera but also on stage, adding a nomination for the 1994 Molières for Les Grandes Personnes to his growing list of accomplishments.

Marc was in demand and built a reputation for himself, both as an actor but also as “one of the most decent guys in the industry”, as someone who works closely with him commented. In a business riddled with egos, jealousy, and promises broken as soon as they are given, such a statement coming from an insider says a lot about a man’s character.

Marc is not a compartmentizable actor. He is versatile, his play range is enormous. He shines in classic theatre, international TV productions, and experimental cinema alike but his first love is theater.

On screen he brings an almost three-dimensional quality to his role, on stage his presence is mesmerizing. He acts with incredible precision and timing, knowing the exact moment when to lead and when to follow. One of the most striking elements of his play is the way he lets his eyes do much of the talking – saying so much more than just the lines in the script. “To hear with your eyes belongs to acting’s fine wit,” he says. And as someone forever jumping back and forth between countries and languages, he is also a natural at portraying cultural differences.

Directors like to cast him in intense roles veering toward the dark, mysterious, and sometimes downright evil. Dracula … Angelo, Tyrant of Padua … Napoleon. And Marc enjoys incarnating these characters and slips into them as if they were his alter ego. Just like on the other end of the spectrum he thoroughly convinces as sensitive Trigorine in Chekhov’s Seagull, or tragic Cyrano de Bergerac, France’s romantic answer to Romeo.

When he steps on stage or in front of a camera, Marc Duret the actor entirely sets aside Marc Duret the civilian and becomes his character. That accounts for the credibility of every role he interprets. Yet, he is not afraid to tap into his life experiences and lends the character an element of sensitivity that is rooted in his own emotions. That again brings depth to his play. A rare quality in an actor, and one that differentiates the great from the good.

At the same time, he can literally go from tyrant to cardinal overnight. Just one night recently, he stood on a stage near Marseille in the lead role of Angelo, Tyran de Padoue, Victor Hugo’s play which Paulo Correia had reinterpreted for his troupe Collectif 8 and which triumphed in Nice at the Théâtre National in January. The moment the curtain fell on the stage, Marc jumped in a car and went to Trieste, Italy to continue shooting his part as Cardinal Briconnet in the third season of Tom Fontana’s Borgia early the next morning. 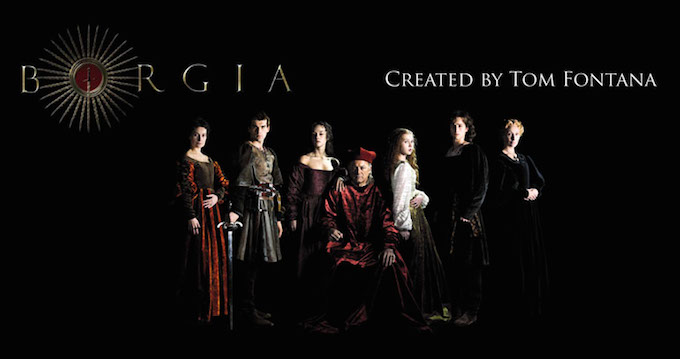 “How can you turn yourself from tyrant to cardinal literally overnight?”, we want to know. His reply, “It’s a miracle! Sometimes it happens in our craft and then you feel blessed!” is an understatement, but one that is typical for this man who for all his success doesn’t put on airs.

“And how do you go back from a villain to being yourself again?” — “It took me a couple of days to disengage from such a powerful Tyrant like Angelo … but then I jumped right away into “Zampano” and on another organic journey.” To a full-blooded actor like Marc, organic journey means becoming one with the character and the story.

Apart from hard technical work to peel back layer after layer and reveal a character’s core, the only other way for an actor to successfully inhabit a role is to be a keen observer of the human condition. And that includes a deep, critical understanding of classic literature and theatre.

As it turns out, Marc is a Shakespeare aficionado. As accessible as Shakespeare meant his plays and characters to be for the masses, there is always a human complexity to them that makes Shakespearean heroes and heroines unique, makes them stand out, and love, triumph or fail on epic levels. Characters larger than life itself that still frequently question themselves, that for all their strength are fallible and imperfect. But they always remain true to themselves.

And so does Marc. A private and discreet man, he isn’t a regular on the Red Carpet – not for lack of opportunity but by choice. Instead, after years of going back and forth between Paris, London, New York, Rome, and Berlin, he is gradually returning to his Niçois roots.

Marc is a son of the terra nissarda, born and raised in the shadow of the Colline du Château. His family is here, and many of his longtime friends. He loves Nice, the beach, the people, the Nissard language, and the Italian-influenced culture that he so strongly identifies with. But he had to leave it all behind as a young man because in those days the only way to pursue his professional goals was to study in Paris and abroad. Now the time has come for him to do his part to create the opportunities for young artists that he did not have here.

Nowadays, you will find him back home more and more often. Actually, for all his globetrotting, he has never quite left La Countéa and has continued to play on private and public stages whenever he could.

He loves the Théâtre National de Nice. He was there 12 years ago, in Jean-Luc Lagarce’s Juste la fin du monde when then artistic director Jacques Weber handed the reins over to Daniel Benoin. And he played the title role in Victor Hugo’s Angelo, Tyran de Padoue just recently when the guards changed from Daniel Benoin to Irina Brook at the end of 2013. 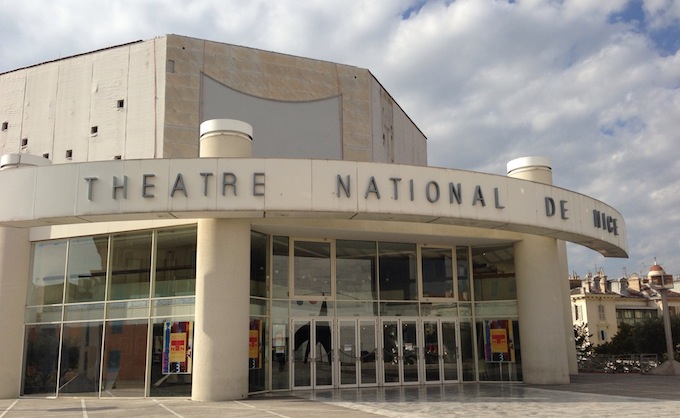 This kind of longevity at a House as important as the TNN is yet further testimony to his value and influence. Under Ms. Brook, the TNN is slanted to take a more internationally oriented direction, which suits Marc perfectly. But beyond acting, he is also increasingly involved in directing and mentoring, and he has quite a few exciting projects lined up…