The TNN’s new artistic director Irina Brook has big shoes to fill, those of predecessor Daniel Benoin who leaves the TNN after a 12 year tenure.

Theater is in Irina Brook’s blood, and her life is a series of contrasts. The daughter to legendary film and theatre director Peter Brook and revered actress Natasha Parry was born in France, identifies as British, and spent her childhood between Paris, London, and New York.

After studying drama at the renowned Stella Adler Studio of Acting in New York, she first played in Broadway shows, then returned to Europe and took on stage and TV acting roles, but also soon became involved in directing and producing, and eventually worked all over the world. She feels as much at home on a stage in Tokyo as she does in the Western Massachusetts countryside.

However, Irina never capitalized on being her parents’ daughter. She worked hard on establishing her own artistic identity and reputation, and now, at age 50, has accumulated a wealth of skills and experience that is nothing short of impressive. Numerous prestigious awards along the way bear vivid testimonial.

She tackles European theater literature by Shakespeare, Molière, and Brecht with the same grace and intelligence that she will adapt American neo-classics and contemporary authors like Tennessee Williams and Thornton Wilder for international audiences of all ages. Proving her love for different dramatic genres even further, she also stepped into the world of opera with great success. Innovation, versatility, creativity, and accessibility are the hallmarks of her work.

Her CV, packed to the brim with remarkable accomplishments, was what made her a perfect candidate for the post of Artistic Director of the Théâtre National de Nice last year when Daniel Benoin reached the end of his 12 year tenure. Much beloved and respected in Nice, Daniel Benoin stood for good solid theatrical tradition.

To lead the third largest theater in France is a challenge not for the faint of heart. To go head to head with Mayor Christian Estrosi who would have liked to keep Daniel Benoin in residence is an even bigger one. After months of heated polemics though, Irina Brook, backed by French Minister of Culture Aurélie Filippetti, but to an even larger degree by the authority of her own achievements, was named Mr. Benoin’s replacement in October 2013, and took over the reigns at the TNN in January 2014.

Dynamic, easy-going, friendly, and with the poise of someone completely at home in different cultures and languages, Irina has a very clear sense of where she wants the TNN and the Niçois artistic scene to go. She appreciates Daniel Benoin’s work, but is also eager to stamp her own artistic vision and international experience on the city, going past the relative safety of the Benoin era and venturing out into new territory.

Pushing the envelope with new, contemporary, and unconventional productions…. a more internationally oriented playbill….. shows in different languages… – in short, a reflection of her own artistic career across continents and disciplines. Without alienating established patrons, her intention is to make the world of theater accessible to everyone, to open it to a new audience that may perhaps never before have considered going to a play, especially the younger generation and families. 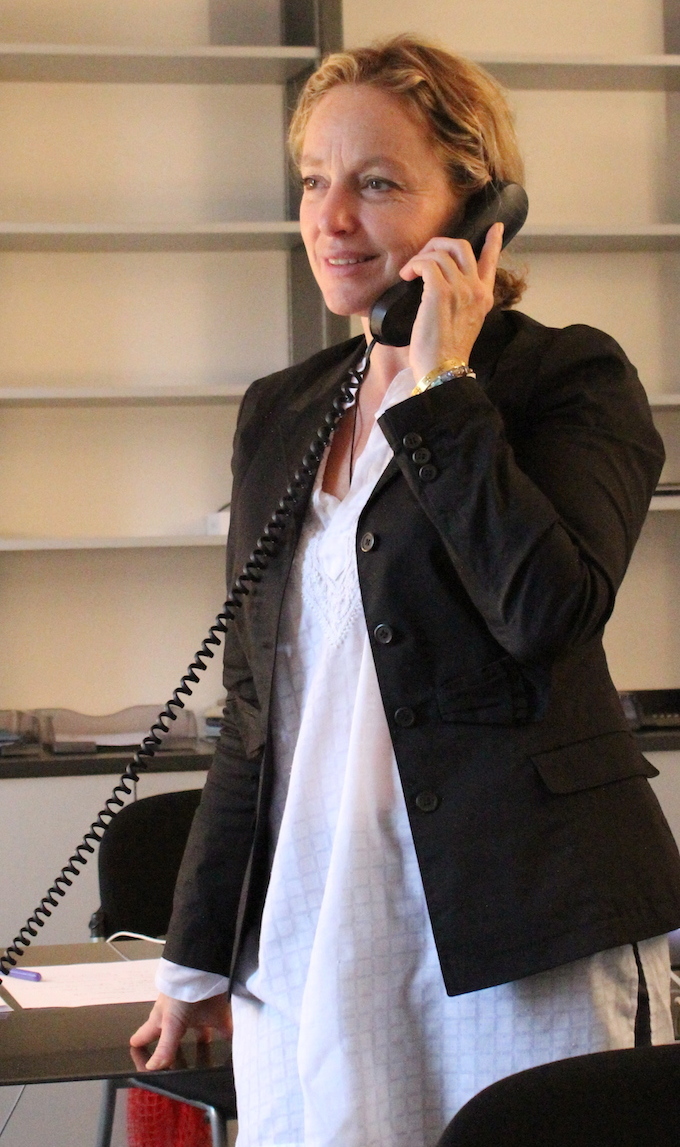 To her, theater is an inclusive place, not one for the cultural elite. “I consider myself an Ambassadress of Culture”, she says with a genuine smile, visibly excited about the opportunities ahead of her.

Is the Niçois audience ready for a more contemporary slant? “Nice is totally ready for it, ready for a lot more variety and excitement,” she says. “Ready for more diversity both in performance and in languages. We’ll have plays in English. But reversely, we’re also thinking of doing a Shakespeare Festival, and that doesn’t necessarily have to be in English. Shakespeare can very well be played in French, or any other language for that matter.”

Irina also laments the fact that while the TNN is a great theater with a decent budget it unfortunately is the only public one in Nice. “To centralize art like that is not creative. I would therefore like to see a network of theaters across town.”

Will she continue working with some of the talented local companies, or try to get in big names? “Well, it really depends. If a local company brings me an excellent play, of course I’ll consider them. On the other hand, I won’t specifically hire a local company just because they are local.” She certainly has no shortage of local talent around her in Nice.

Just a few weeks ago, the TNN kicked off the New Year with a stunner, produced by Collectif 8, a Niçois company. Under the lead of TNN regulars Paulo Correia and Gaële Boghossian, this contemporary adaptation of Victor Hugo’s “Angelo, Tyran de Padoue” was widely hailed as one of the most creative, impressive productions in the theater’s history. 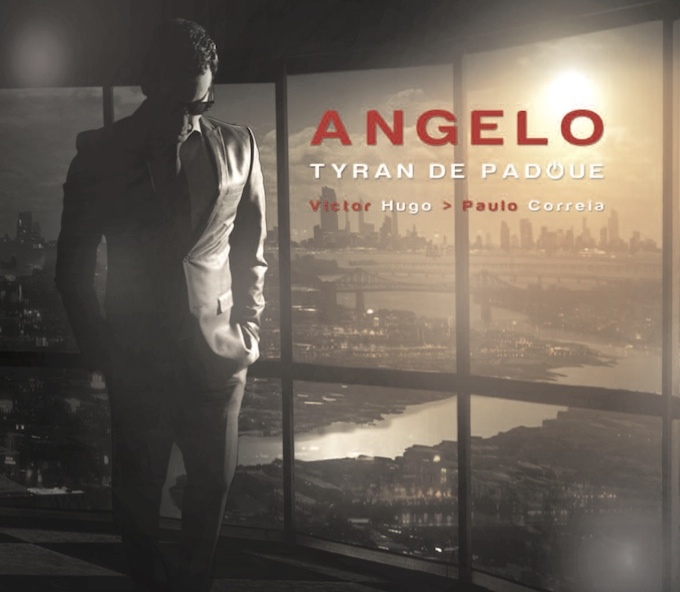 And Nice-born actor Marc Duret, who played the title role of Angelo, has also been a TNN staple, working there since even before outgoing artistic director Daniel Benoin took over from his predecessor Jacques Weber in 2002. Multilingual and multicultural like Irina, he, too, shares her passion for a Niçois theater scene with a more cosmopolitan flair.

Having played and directed in pretty much every metropolis around the globe, won’t Nice feel quite small to Irina, we want to know. “Oh no, not at all,” she says with characteristic fervor. “In fact, I enjoy smaller towns. I’ve lived in the countryside ever since my children were born and I wouldn’t want to be in a huge city anymore. Nice is the perfect solution – big enough to be interesting, and small enough to have that sense of community and neighborhood. In a way, with all the different languages and cultures here, it’s cosmopolitan like New York, but you can still run into friends at every street corner.” And she is indeed not an ivory tower dweller, she enjoys meeting people and sharing her passion for the theater with them.

One such opportunity for the public to meet her are her readings at the TNN. Barely arrived, she held a first one on a rainy Saturday afternoon in January, and another one is already scheduled for Saturday, 15th February at 3 pm at the theater (admission is free but phone reservation is highly recommended, 04.93.13..90.90 Tuesday through Saturday from 2 pm to 7 pm.)

The first play bearing Irina Brook’s unique signature will be Henrik Ibsen’s “Peer Gynt” in September 2014 which she already successfully directed at the 2012 Salzburg Festival. Her eyes light up with excitement when she talks of the 14 actors on stage…. and the musicians… and the international, culturally and linguistically diverse ensemble… and how that can work in Nice. There is an enthusiasm in her words that is contagious.

And that Ibsen play, so characteristic of her effortless worldliness and artistic broadmindedness, is a perfect representation of what Irina Brook stands for, what she will bring to Nice, and what we can all look forward to… a joyful, accessible theater experience, a fresh breath of air, and a good dose of international flavour. A winning recipe for success.