Monaco’s Oceanographic Institute and Museum have launched a yearlong series of events honouring corals, the unsung hero of the underwater world

Due to the current ongoing COVID-19 crisis, the Oceanographic Museum of Monaco is closed to the public. Keep checking back with the museum website for further updates.

The word “coral” conjures up notions of intricate, brightly colored underwater reefs that host clown fish and are most typically associated with tropical seas and oceans. But that is usually the extent of a layman’s knowledge. Did you, for instance, know that corals are animals and not plants? Or that they live in symbiosis with algae and have many genes in common with humans? At the instigation of H.S.H. Prince Albert II of Monaco, the Oceanographic Institute and Museum dedicate 2020 to raising awareness for the corals’ different facets, their usefulness to life in the water and on land, and the dangers they face, through a series of playfully educational and entertaining events.

As fascinating as they are fragile, these living beings possess unexpected qualities. They are essential to the good health of the reefs they build – invaluable reservoirs for underwater life. True oases of life, the reefs barely cover 0.2% of the world’s oceans but are home to 30% of the planet’s marine biodiversity. Reefs protect the coastline of swells and tsunamis more efficiently than any manmade construction. But their ecosystem also ensures a livelihood for 500 million people in the world thanks to fishing and dive tourism. And not to forget, corals contribute to human wellbeing through their use in pharmacological and cosmetic products.

But today coral reefs are endangered by human activities: by reckless fishers who use explosives, by land that is urbanized and over-exploited, and by the climate that we are profoundly disrupting through massive emissions of greenhouse gases.

One early milestone in the museum’s yearlong campaign was the February 2020 publication of “Corail, un trésor à préserver“ (also available in English under the title “Corals, A Treasure to Protect”) by Glénat Livres. This beautifully written and richly illustrated book, co-authored by Dr. Denis Allemand (director of the Scientific Centre of Monaco), Robert Calcagno (director of Musée Océanographique in Monaco), and Bernard Fautrier (Special Adviser to HSH Prince Albert II in charge of Environment) seeks to educate the public in an easily accessible way and to shed light on the significance of corals for biodiversity and the eco-system.

The corals’ endosymbiotic relationship with algae is a well-established balance of give and take, and critical to the proper functioning of a reef. Algae live within a coral’s tissue and give it its vivid coloring. In return for shelter, the algae provide enough nutrients through photosynthesis to supply both themselves and their host. And together, they constitute the only source of nutrients for fish in crystal-clear tropical waters that are otherwise devoid of them.

However, as immense, lush and robust these reefs may appear – and they can be thousands of kilometers long – the corals and their symbiotic algae are very sensitive to disturbances. Under the combined effect of global warming and pollution, they are now reaching a breaking point: 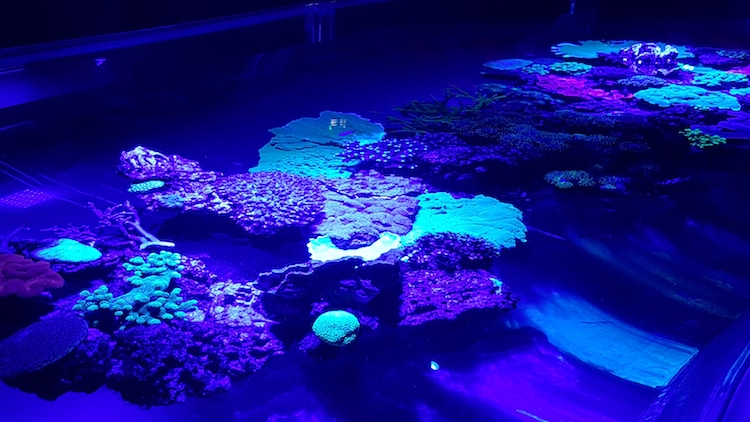 The globe’s rising temperatures are partially absorbed by the oceans, which causes them to overheat. The coral expels its house guests… but without them begins to starve and die. Whole reefs transform into huge areas of pale, ghostly terrain, a process called bleaching. Not only is this unsightly, it also drives out the fish population, meaning that a major source of food and livelihood for humans is lost, and what used to form a protective barrier against storms and floods, is no longer. A change in water temperature of only 1°C can have a devastating effect. A rise of 1.5°C causes 70-90% of all coral species to disappear.

“Corals, a Treasure to Protect” looks into the history of these fascinating creatures that have been around for half a billion years, and examines pressing current-day issues. What can we do to stop the hecatomb? Obviously, eliminate pollution and regulate fishing … but climate change and its impact, including rising water temperatures, is on the way, and merciless. Over time, corals have proven to be amazingly expert at adapting to the challenges their habitat threw them but this development is coming too fast, and the corals will not be able to keep pace. Can we preserve these treasures that we have damaged so much already?

Key figures:
• The first traces of coral have been found in a deposit dating back about 550 million years.
• There are more than 10,000 species of “Cnidarians”, the family of animals to which corals belong.
• 70 to 90% of coral species could disappear or become rare if the surface water temperature rises by an average of 1.5°C.
• Climate change has caused severe and/or repeated thermal stress on 21 of the 29 sites with coral reefs, resulting in bleaching that has never been observed before, according to a study conducted by UNESCO in June 2017.

With Prince Albert II and his Foundation spearheading the fight for the corals’ preservation on the political stage, the Oceanographic Museum has devoted great care and attention to corals for decades from a scientific standpoint. Today, a 450,000-litre sea water basin aquarium reconstitutes the ecosystem of a coral reef teeming with life, from algae to predator fish. The museum’s 650,000 annual visitors discover that certain types of corals can produce luminous and mysterious phenomena… Numerous coral species have the ability to “fluoresce” and provide a true polychrome spectacle to the surrounding fauna.

But as mentioned, this year is designed to take a comprehensive approach to acquainting the public at large with corals, the unsung hero of the marine world. One other element in the programme is a complementary outdoor exhibition titled “David Doubilet: En Immersion au Coeur du Corail”. Until April 15, the world-renowned American underwater photographer features numerous unpublished photos, prominently displayed at the train stations of Marseille, Toulon, Cannes, and Nice. The exhibition invites the viewer to a visual encounter with the coral reefs to contemplate their fragile beauty. 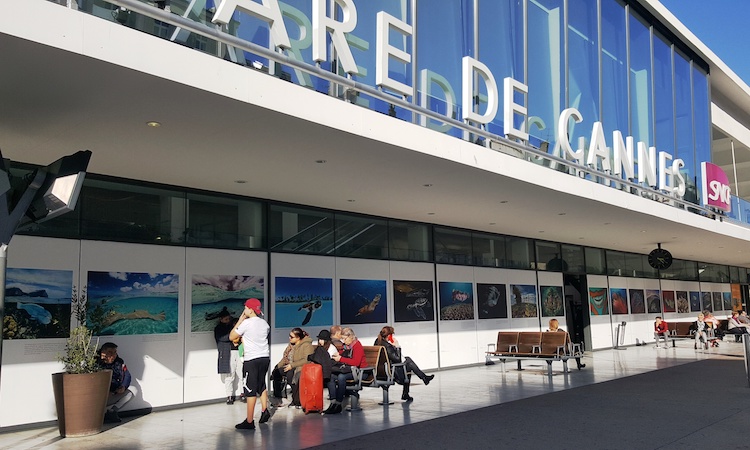 “My passion is to open people’s eyes to the sea using the power of photography as a universal language to convince the unconvinced among us that the Oceans are fragile and finite,” says David Doubilet. When he dives into the oceans of the world he does so as a journalist, artist, and explorer to document both their splendour and devastation. He has previously shown some of his work at the Oceanographic Museum at the 2017 Tubbataha coral reef exhibition.

Both the book and the exhibition are part of Monaco’s holistic educational journey into the realm of this valuable marine resource – not least because corals also exist outside tropical oceans, and in fact even right at our doorstep in the Mediterranean Sea. Other key events throughout the year featuring corals include a thematic tour of the Oceanographic Museum of Monaco starting in the spring, special events for families and schools, and the June 20 opening of “Immersion”, a large virtual and interactive exhibition to meet the emblematic species that populate the Great Barrier Reef.

“Corail, un trésor à préserver” is available at major French book stores, online, and at the museum’s gift store. The English version “Corals, a Treasure to Protect” is currently only available at the gift store (shipping is possible.)