Get in the festive mood with acclaimed French singer-songwriter Renaud, as he returns to Nice this December as part of his Phénix tour.

Many thought his career was over after alarming reports that he had relapsed into alcoholism and depression, but, just like a phoenix, French singer-songwriter Renaud seems to have risen once again from the ashes with a new album released last April and a new tour that will take him to the Nikaïa in Nice on the 14th of December. Not a small feat for an artist who has been around for more than 40 years and sold millions of albums.

Often compared to Bob Dylan because of his protest songs, his left wing ideological views, and his colourful language, the rebel poet still speaks his mind with his vindictive slang, even though he appears to have acquired a newfound serenity.

Renaud burst onto the French music scene in 1975 with “Hexagone” and “Camarade bourgeois”, in which he expressed his disillusionment and angst. But if he has kept railing against society’s ills and the establishment ever since, with songs like 1985’s “Miss Maggie”, a fierce yet humourous diatribe against British Prime Minister Margaret Thatcher, the artist has slowly abandoned his signature folk-rock approach over the years for a more mainstream pop sound, showing a more tender side in the process, and offering more intimate and introspective records.

His latest effort, the self-titled “Renaud”, is a perfect summary of this evolution. In “Hyper Casher” for instance, he no longer compares Israel’s treatment of Palestinians to the Armenian genocide, but instead pays tribute to the Jewish victims of the latest attacks in France – “May they rest in Jerusalem, on their ancestral home, in the sun of Israel, I want to devote this poem to them, tell them they are dear to us, that we will never forget them” – while in “J’ai embrassé un flic” (I hugged a cop), he expresses his gratitude to law enforcement officers, years after hurling bricks at them during his rebellious youth.

Despite the years and all the hardships, Renaud still remains a very unique and individual exponent of the Chanson Française. 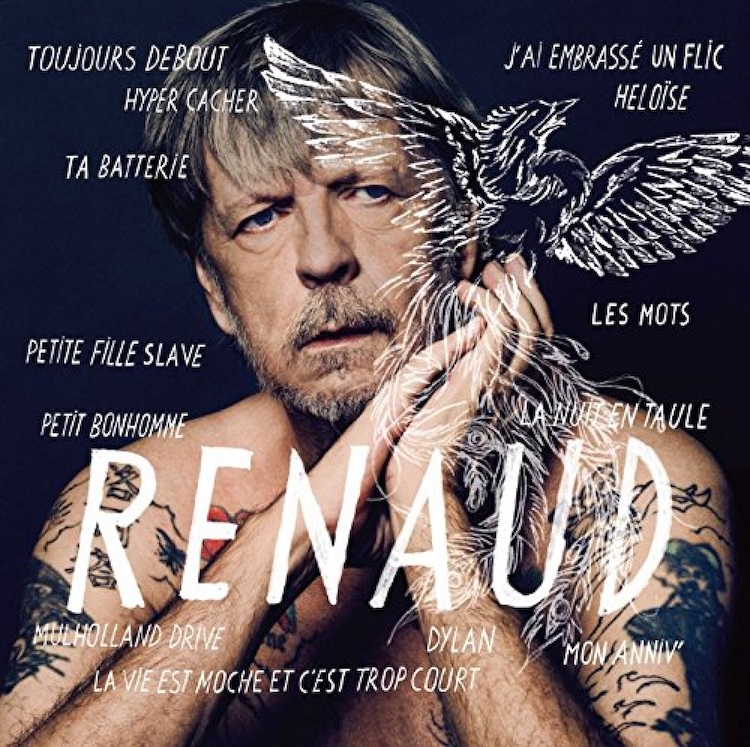 Renaud plays the Palais Nikaïa in Nice at 8pm on Wednesday, 14th of December, 2016. Tickets range in price from 36 € to 43 € and can be purchased through all the usual outlets or booked online.