Lucky Luke is turning 70 this year, and with nearly 80 adventures under his belt, he’s definitely looking good for his age!

The lonesome cowboy Lucky Luke is back this November with a new addition to the classic series, La Terre Promise (The Promised Land), which sees the comic strip hero help a Jewish family settle in the Wild West. 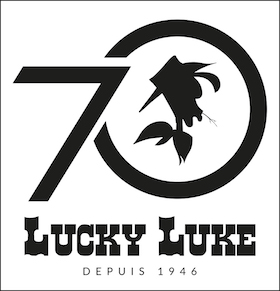 Created by Belgian cartoonist Maurice de Bevere (aka Morris), Lucky Luke first appeared in the Almanach issue of the famed comic book Spirou, before shifting to Pilote magazine after Asterix’s legendary father, René Goscinny, started collaborating on the albums. Since then, many big names of the 9th Art have been carrying out the work of Morris and today, it is French illustrator Achdé who is at the helm of the series with, for the first time this year, the help of scriptwriter Jul.

Despite all those changes, our cowboy remains a true legend in the world of comics. Known as “the man who shoots faster than his shadow” because of his tremendous speed with the gun, Luke has been cruising through the Far West all those years with his faithful companion, Jolly Jumper, the brightest horse in the world, and his somewhat way less intelligent canine friend, Rantanplan, fighting crime. His most recurring foes are the Dalton Brothers who he has put behind bars countless times, but our hero has also run into Billy the Kid, Calamity Jane, Buffalo Bill, Jack London, Abraham Lincoln, and many other well-known historical personalities. 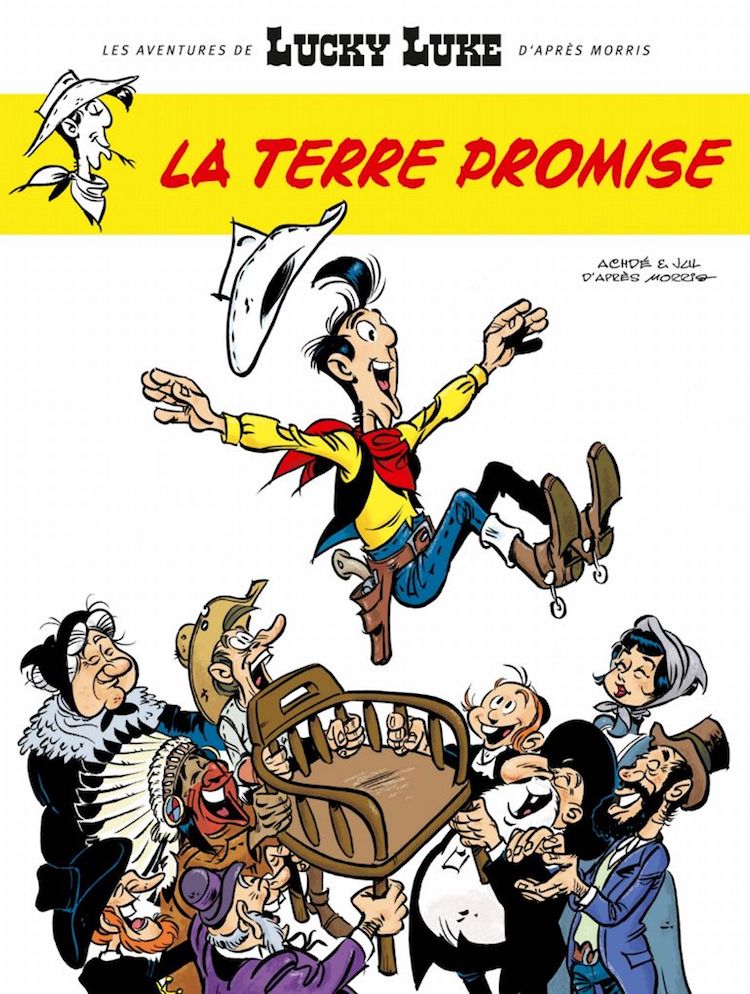 This time, in La Terre Promise, our hero is being asked by his friend, Jack, to look after his family since he doesn’t want to confess to them that he is a cowboy and not a New York lawyer. So Luke has to travel with a very religious grandfather, a mother who insists on feeding him stuffed fish, a daughter in search of the ideal husband, and a young boy more interested in the game of poker than in his bar mitzvah.

So, Happy Birthday cowboy, and here’s to many more wild adventures to come!