An ethical question has split the most famous French circus family in two bitterly feuding camps: Do animals still have their place in the ring or not?

You’d be hard pressed to find one French person, from age 8 to 88, who does not instantly recognize the name Bouglione. It stands for circus the same way that Ringling Bros. did in America or Krone still does in Germany. It’s a sacred institution inextricably connected with the history of Cirque d’Hiver in Paris; it represents childhood memories that have created a lifelong passion for the circus in many. The orchestra, the lights, the acrobats, the jugglers, the trapeze artists, the clowns, the horses, elephants, and wild cats… 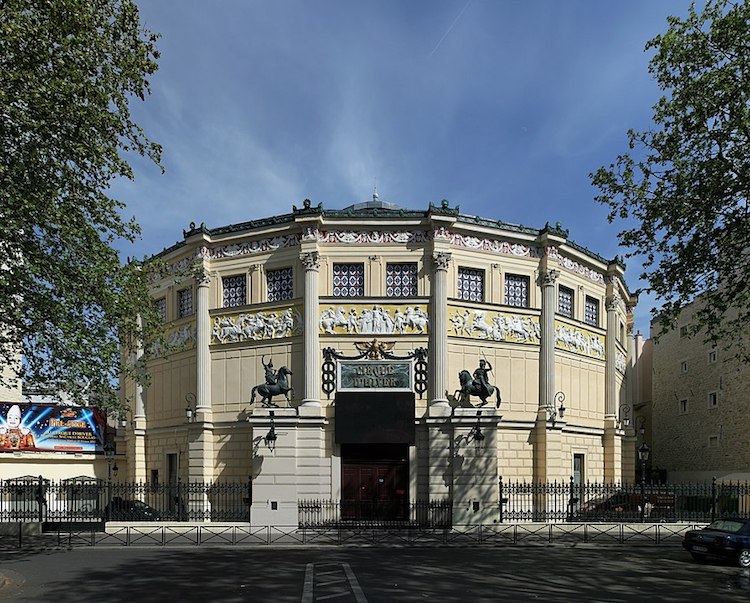 Stop! Back up! “The horses, elephants, and wild cats”, or any kind of animal trained for the circus, that’s a big no-no as far as André-Joseph Bouglione is concerned. He is a sixth generation circus artist and grandson of Joseph Bouglione, the world-famous clan’s most mythical figure. He loves and respects his grandfather’s legacy and is proud to be a member of the Bouglione clan, even if he is “only” the “youngest son of the youngest son”… in other words, at the bottom rung of the tribal pecking order. For as long as he remembers, there was never a question in his mind that he would follow the family tradition and become an animal trainer himself. He worked with horses and big cats for 25 years, living with them day-in and day-out.

But underneath André Joseph’s appearance of a rocker there is a critical thinker with a keen intellect. And so he gradually opened his eyes to the reality that even if his own animals were treated well, they were still condemned to spending their entire lives in cages. “Contemporary circus should not use live animals, because a circus is not an animal’s natural habitat”, he urges. He also knows that 80% of the French population is against animals being used in circuses, as countless polls have been showing again and again, and to him this means that “like any other artistic discipline, the circus is a living organism that evolves and adapts to new social preferences.” As a consequence, he stopped working with live animals in 2017.

He also started speaking out about the atrocious treatment of circus animals that the public is not aware of. “To get to the baby elephants, you have to kill the herd and the parents,” he reveals as one such example. It has also happened that a giraffe was killed simply because the truck that carried the animal could not pass underneath a bridge.

His position and his accusations have earned him the wrath of his family. “He is a traitor, a fraud, an impostor, we don’t even know him”, they protest. There are even physical threats. André-Joseph keeps his cool. He doesn’t mind being the black sheep of the family. He knows his roots and his history. There is a family photo of Joseph, the patriarch, surrounded by all of his grandchildren – including of course André-Joseph and all his cousins – the same cousins that now disavow him, and who continue the family tradition of a circus à l’ancienne.

But if he wants to do things differently, he knows that his family’s scorn is the price to pay for being a pioneer. He did not suddenly wake up one morning with the idea to stop working with animals, it was the product of a gradual process. “Compare it to becoming vegetarian. The idea forms in your head slowly but suddenly it becomes a reality you can no longer ignore and have to act on,” he says. The argument that these animals were born into this artificial world and never knew anything else no longer persuaded him. “Genetically wild animals simply do not belong in the confines of cages.” He also increasingly became aware of a traditional circus’ massive environmental footprint compared to the limited economic opportunities it offers.

André-Joseph and his wife Sandrine spent the next couple of years creating a new show concept. The Écocirque programme does not want to take anything away from the magic of circus, or rival theatrical circuses like Cirque du Soleil. It will still be great family entertainment, featuring all the classic elements – just with a touch more rock & roll that what you’d expect. The live animals are replaced by holograms (created by Adrenaline Studio) – the first time this is done in France. A holographic polar bear takes on the role of ringmaster. The live music was written by Benjamin Parienti, the young and talented composer from Marseille, and those who know him, know that this will not be your ordinary circus brass band. “And once you see all of that put together, you’ll understand that the entire set is in fact created to bring out the best in the human artists,” Andre-Joseph explains.

Why is André-Joseph and Sandrine’s project called ‘Écocirque’? “The Écocirque is part of an ecological approach, doing its utmost to reduce its waste and carbon footprint. It is committed to respecting to an ethical charter and ensuring that its partners and suppliers also adhere to it,” he explains. Moreover, in the cities where the Écocirque will set down its suitcases, the local economic fabric will be privileged. This project is autofinanced, with input from investors, and he also works closely with municipalities, associations, and entrepreneurs, involving them in every aspect.

In addition he also aims to raise awareness, especially in young visitors, not only for the situation of animals in lifelong confinement but also for nature in general:

“A circus without animals, yes – but especially FOR animals! We support projects as well as actions in favour of animal protection in France. In addition, we organize activities for children and adults around the preservation of species and reforestation. For each student visiting a school performance, a tree is planted in collaboration with Reforest’Action”

The way he went about creating his show was inward out: the set and the surrounding spaces were designed first. Then seating was added, and the tent – 24 metres tall – was developed to match all those needs. As a final touch, a stage was added for a live orchestra. The tent is the heart of a “village”. Consisting of about fifty pop-up stores nestled inside recycled containers, it is a place of life, leisure and culture with exhibitions, conferences, workshops for young and old, and food-trucks, entirely devoted to family fun and entertainment. All in all 250 people will work on a show, from artists to technicians, vendors, support, and office staff.

All of this will need to be reconsidered in the aftermath of the current pandemic but André-Joseph is ready to tackle this challenge. The show was to have premiered in April 2020 in Montpellier, France, followed by a tour through France, and later internationally. This hiatus has given him the possibility to reorganize spaces and concepts, and as soon as it is safe, the Écocirque will hit the road. 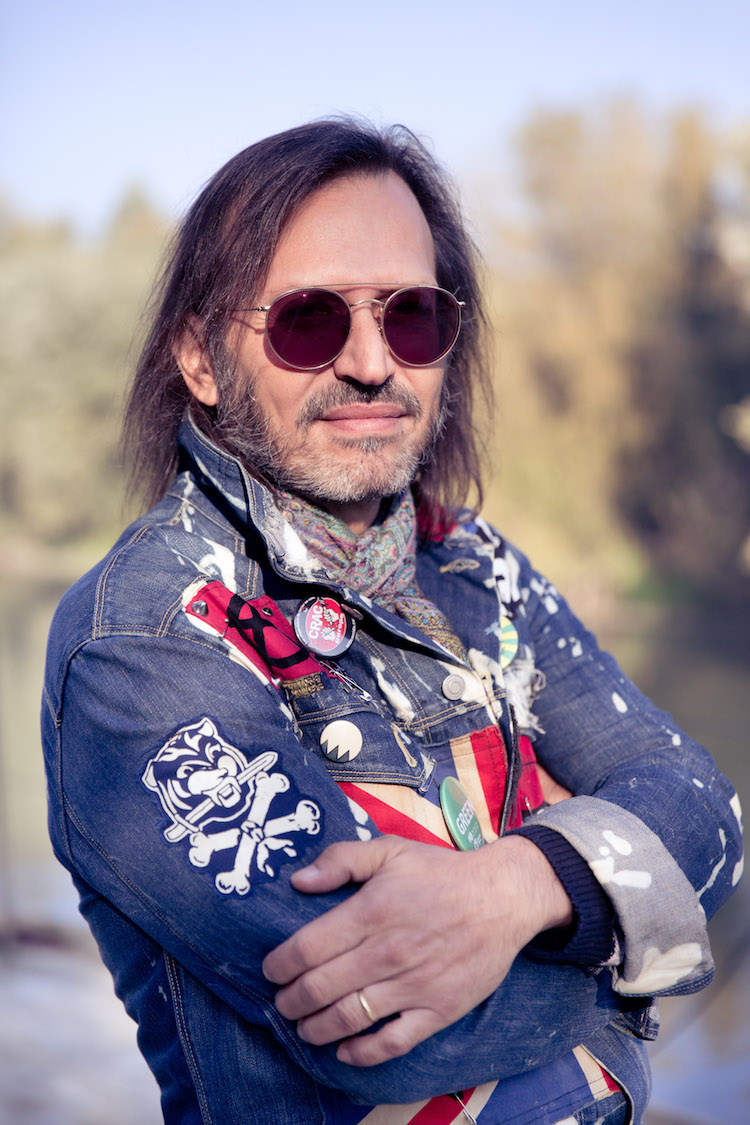 A last burning question: what happened with his tigers that he had worked with for so many years? His family accuses him that he had them killed and turned into rugs. He denies adamantly and explains that around the time he started having his change of heart about working with live animals, his tigers were aging. He had them transferred to a specialized wildlife sanctuary in France where they are most definitely alive and doing very well, he says, but he refuses to reveal the location of that place as there have been death threats against him and the keeper of the sanctuary. We understand and won’t probe any further.

Joseph-André and Sandrine Bouglione were the first in France to create a “100% human circus” with animal holograms. But as the saying goes, “People who end up as ‘first’ don’t actually set out to be first. They set out to do something they love.” These two do love the circus, and they love animals – just not under the same roof. And now that the world has experienced what it means to be locked down and restricted, it is to be hoped that society wakes up to a new reality, to treating the planet and its flora and fauna better, and to giving animals the respect they deserve. The Écocirque is one small but important step in the long journey to an animal-free circus. 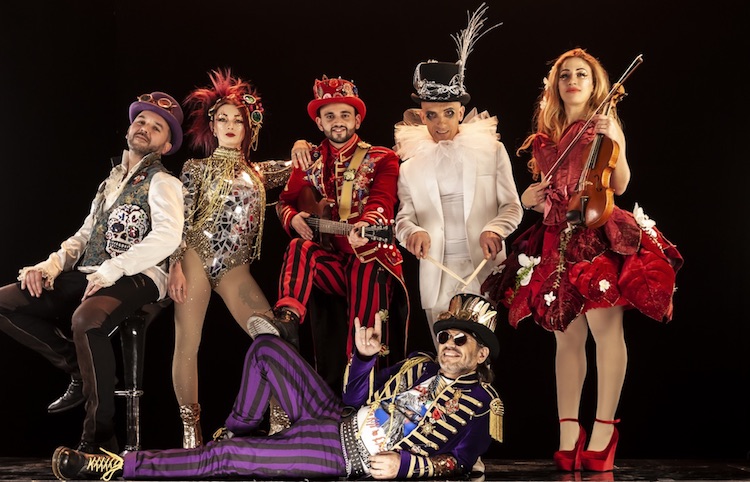