Created in 1905 by Jacqueline Rivière and Joseph Pinchon to fill a blank page in the children’s magazine La Semaine de Suzette, the young Breton housemaid Bécassine was so well-received by the readers that she soon had her own comic strips.

Success followed, with Bécassine becoming the first female star of French BD, spawning dolls, films and other merchandise. She is usually depicted wearing a green dress that looks like the traditional Breton peasant costume, with lace headress and clogs, while undertaking exciting activities like pilot, tram inspector, or intrepid traveler, amongst many others. Bécassine has always been seen as both a role model for her readers and a representation of the changing place of women in modern France at the start of the 2Oth century.

Despite being more than 100, her popularity has never really suffered over the decades, and since late June, she is the star of the latest movie directed by César-winner Bruno Podalydès. In this new adventure, the much beloved character finds work as a nanny with the Marquise de Grand-Air who has recently adopted a lovely baby named Loulotte. A strong bond develops between Bécassine and this baby, and life is sweet, until the Grand-Airs are threatened with financial ruin. 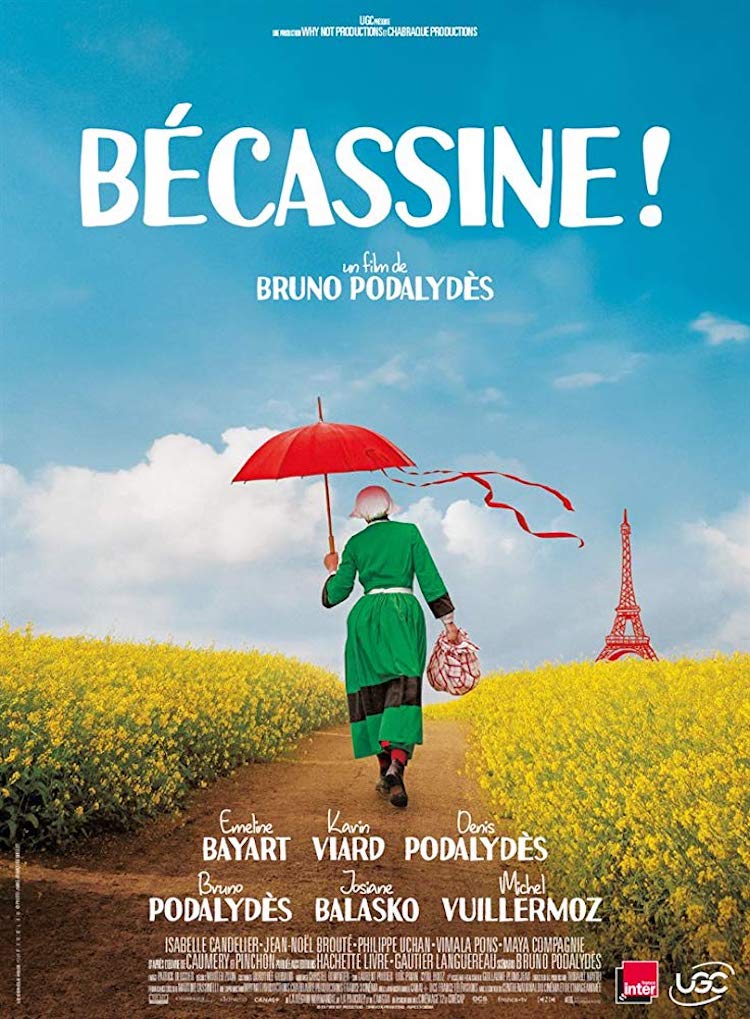 But for the Breton Collectif Dispac’h, which calls for a boycott of the movie, “Bécassine’s character still represents a symbol today that imparts a humiliating, insulting and contemptuous message to Brittany and Breton women.”

This, however, is not something new. Back in the 1940s, the first ever movie made about Bécassine had been banned in several cinemas in Brittany and had caused memorable demonstrations in Nantes. Director Bruno Podalydès however, does not seem too worried. In an interview with French daily newspaper, Le Figaro, he said that his movie is actually breaking with the stereotypes attributed to the maid. “Bécassine is not the stupid girl you think. She is naïve, certainly, and candid, but also curious and inventive. She has a child’s soul in an adult’s body. In this film, I would like to show Bécassine as she is: faithful, sincere, spontaneous, innocent, tender, dreamy, enthusiastic.”

So can Bécassine still save the day? Only time will tell, but based on the first review, it seems like this superheroine like no other still manages to melt our hearts.