Dust off your dancing shoes for the sizzling musical extravaganza “Dirty Dancing: The Classic Story on Stage” this October at the Nikaia in Nice.

Adapted from the successful movie of the same name, the show has all of the elements of the timeless coming of age love story that has enchanted scores of women, and a few men too, for decades. Not surprising really, as both were written by Eleanor Bergstein. Since its creation in 2004, the stage version has been seen by millions during its ongoing global tour, so the local audience is sure to be in for a real treat.

Featuring more than 20 actors, all of whom are professionally trained dancers, and the amazing choreography of Craig Wilson, the spectacular musical takes you back to the Summer of 1963 as the young Frances “Baby” Houseman arrives with her family for a three-week vacation in the Catskill Mountains. After witnessing dance instructor Johnny Castle perform steamy numbers with his partner, she feels a new passion awakening in her and soon, she will not only learn how to move, she will also find true love. 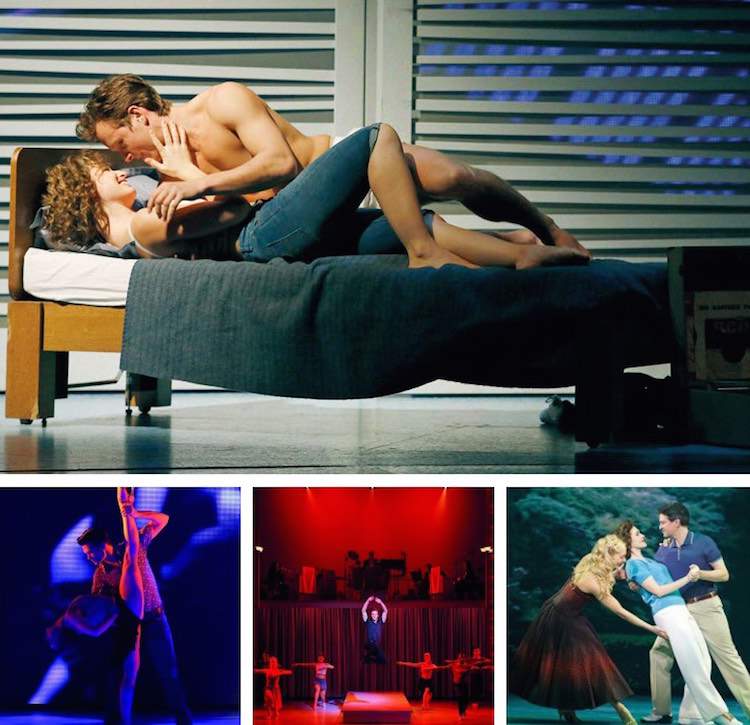 The stage adaptation of Dirty Dancing follows the film’s dialogue almost word for word. Even those who have never seen the original movie featuring Jennifer Gray and the late Patrick Swayze, will be familiar with the soundtrack that has sold over 44 million copies worldwide, and includes hits such as She’s Like the Wind, Hungry Eyes, This Magic Moment and (I’ve Had) The Time of My Life. Some of these songs are performed live by the onstage orchestra while other are pre-recorded, with some 30 songs keeping this high-energy jukebox musical moving for 2 hours and 20 minutes.

“Dirty Dancing: the Classic Story on Stage” runs from Thursday 8th to Saturday, 10th October 2015. Tickets range in price from 20€ to 79€ and can be purchased through all the usual outlets or reserved online.

And remember, nobody puts Baby in a corner!