The little-known story of a 15 year rivalry of two exceptional female aviators is at the center of Indigènes’ latest documentary.

Fabrice Hourlier and Stéphanie Hauville, the two masterful storytellers behind some of TV’s most spectacular documentaries and docufictions, did it again: Their latest production, Aile Contre Aile, which will be broadcast on April 2 on France 5, examines the duel of two rivaling female pilots in the mid 20th century, and is guaranteed to be another street-sweeping success.

The “Two Jackies”, as they were nicknamed – American Jacqueline Cochran, and Jacqueline Auriol from France – shared a passion for aviation and an interest to pave the way for women in the air but also fiercely competed against each other, neck to neck, and wing to wing, for 15 years. Long before engaging in their riveting air battle for the title of Fastest Woman in the World, both had already several individual aviation feats to show for, made even more remarkable for invading the mid 20th century, testosteron-laden universe of flying.

Born in Pensacola, Florida in 1906, Jacqueline Cochran (d. 1980) (pictured above) wouldn’t let her humble origins and prevailing prejudice against women stand in the way between herself and her dream. She rose above the obstacles. Literally. Among her accomplishments: becoming the first woman to break the sound barrier, collaborating with Eleanor Roosevelt in the creation of the first corps of female pilots – Women Airforce Service Pilots – in the US Air Force during World War II, and racking up the largest number of speed, distance or altitude records… worldwide. 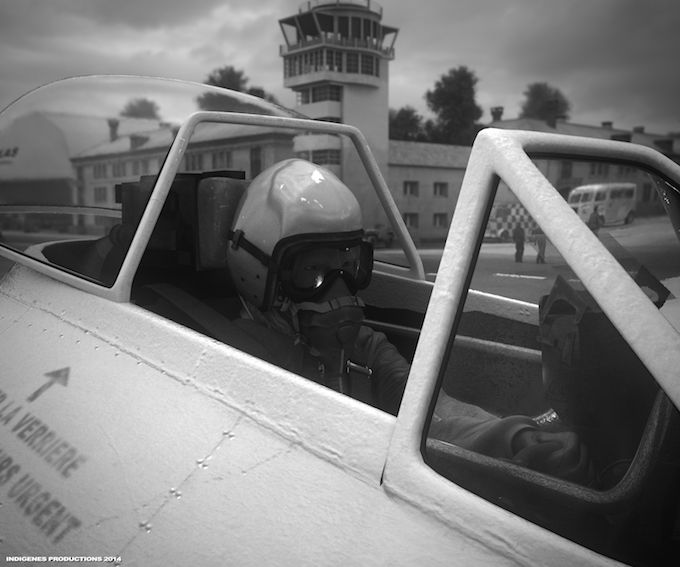 A hairdresser by training, her enterprising spirit shone through early when an admirer (and later husband) provided her the financial means to start a successful cosmetics business. Her first plane ride in the 1930s was the key turning point in her life. She took flying lessons, learned to operate an aircraft in just three weeks, and obtained a commercial pilot license two years later. She swiftly proceeded to becoming the first woman to compete in the MacRobertson Air Race (1935), and the only woman to compete in the Bendix race (1937), and then collaborated with Amelia Earhart to provide more women the opportunity to participate in the race. En passant, she also set a new woman’s national speed record. By 1938, she was considered the best female pilot in the United States, having won the Bendix and setting a new transcontinental speed record as well as altitude records. Jackie Cochran would also be the first woman to fly a bomber across the Atlantic. All in all, she won no less than five Harmon Trophies as the outstanding woman pilot in the world, along with recognitions from all over the world. The French government awarded the “Speed Queen” the French Air Medal, and to date she is the only woman to ever receive the Gold Medal from the Fédération Aéronautique Internationale.

That level of accomplishments and recognition only fueled the desire of her French rival Jacqueline Auriol to outfly her American namesake Jacqueline Cochran. 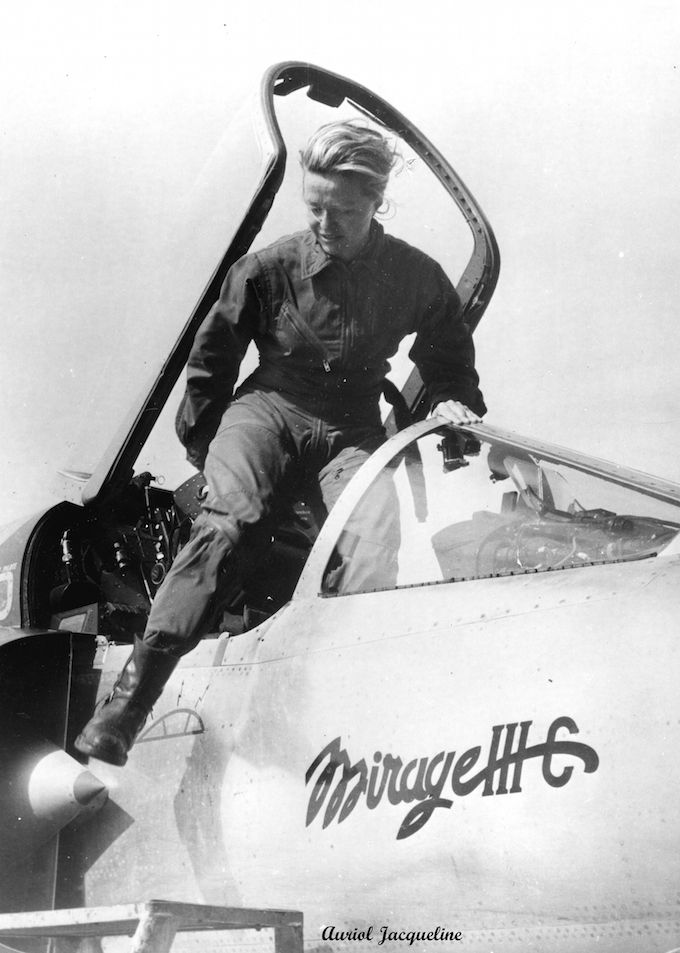 Born in 1917 into a well-to-do family in Challans, Jacqueline Auriol (d. 2000) enjoyed a comfortable upbringing which would initially set her on the traditional path for a young woman of her time – studying art at the École du Louvre in Paris and marrying Vincent Auriol whose father later became French president. She became interested in flying in 1946, getting her pilot’s license in 1948 and proceeding to becoming an accomplished stunt flier and test pilot. After a 1949 plane crash – in which she was a passenger, breaking multiple bones in her face – she spent the next three years undergoing 22 facial reconstructive surgeries. But that would not stop her from getting her military pilot licence in 1950 and setting several speed records in the 1950s and 1960s. With four Harmon Trophies to her name, awarded to her by American presidents in recognition of her aviation exploits, she described her passion for aviation as “…the feeling of power, the pleasure of dominating a machine as beautiful as a Thoroughbred horse. Mingled with these basic joys is another less primitive feeling, that of a mission accomplished. Each time I set foot on an airfield, I sense with fresh excitement that this is where I belong.”

The story of these two extraordinary women pilots and their competition in the air is the background of Aile Contre Aile, a documentary written and created by two of the finest contemporary writers and producers, Fabrice Hourlier and Stéphanie Hauville. Strangely enough, for all the prestige, all the high stacks, and all the inroads the Two Jackies’ exploits made for women anywhere, this part of aviation history had never really gotten too much public attention. That would change though when Stéphanie brought the story to Fabrice’s attention who was instantly fascinated by it.

“The history of the rivalry of our two Jacquelines is peppered with amazing elements, and this particular duel is a very unique one. Here we have two atypical women, not actresses or fashion icons, but aviators in an era where women didn’t work and just took care of their household and families. These two, however, were doing a man’s work in a man’s world, and showing us what a short-lived profession it was to begin with!”, Fabrice tells us.

These 20th century heroines from either side of the Atlantic were trailblazers for women everywhere. Both experienced hardships in life, and both were determined to overcome them and cut out an exceptional career for themselves. In their pursuit of the title of Fastest Woman in the World, they would not shy away from any challenge, which would ultimately earn them worldwide recognition for accomplishments no one would ever have predicted for their future. 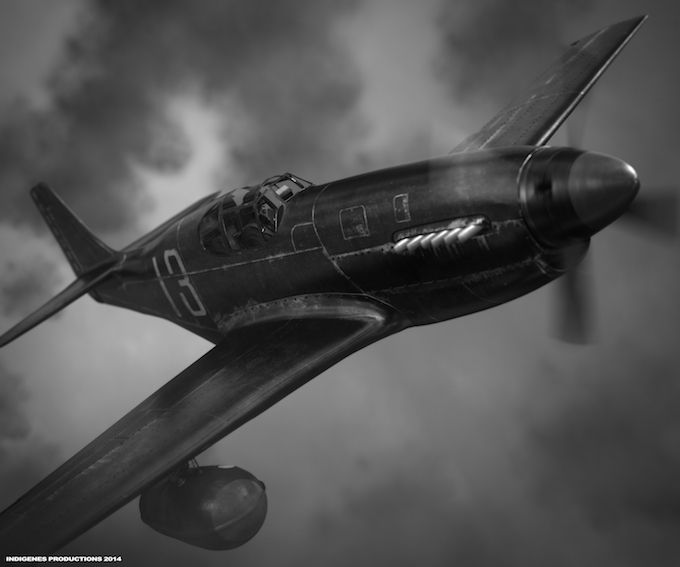 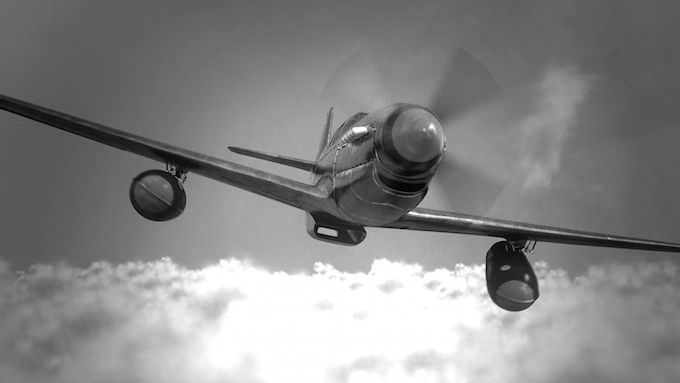 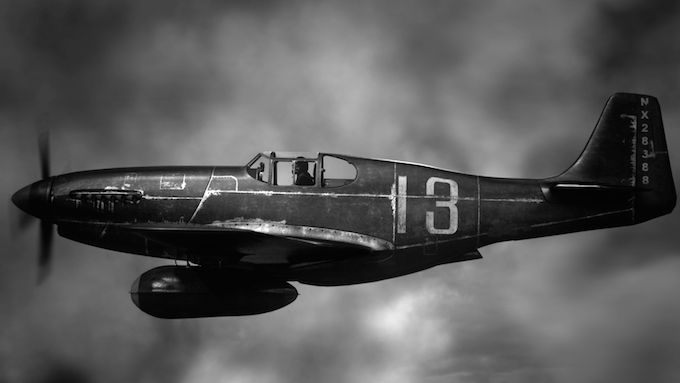 “The personal history of both women, while quite different, is incredibly rich and open to interpretation. There is the poor smalltown American girl with no education and no money, who marries a millionaire but doesn’t let go of her ambitions. And then you have the elegant French, educated, traveling in the upper echelons of society, whose accident destroys her beauty but not her spirit, and ultimately propelling her on the path of her destiny,” Fabrice continues.

For all their rivalry, the two Jackies also respected each other, knowing what it meant to overcome the odds in a man’s world. And they both enjoyed the love and support of their husbands, visionary men who believed in them and encouraged them to pursue their passion.

Fabrice Hourlier had little video material to work with but that did not stop him to produce a 55 minute documentary of exceptional quality. Using what little authentic material was available, he recreated 75% of the show in 3D animation. He explains his use of visual technology: “For me, creating synthesized imagery was the right way to do justice to this film with these two women’s duel at its heart. This technology is providing an extremely helpful service at reconstituting history, it allows us to realistically and dynamically dive into the era of the first jets, and why not put ourselves in the seat of our two aviators during certain key moments of their lives?”

As in all of Fabrice’s documentaries and docufictions, experts provide context and analysis. In this case, incidentally (or not….), all commentators are women. “I have made many films with male heroes at the center, fighting epic battles. For me this story of the two fastest women in the world duking it out in the skies was a breeze of fresh air in a man’s world, and why not look at it from a feminine perspective?”, says Fabrice about historian Dr Rhonda Smith-Daugherty and journalist Maryann Brinley, both of whom had written a biography of Jacqueline Cochran’s life and deliver expert commentary throughout the film.

Fabrice Hourlier, founder of Indigènes Productions in Paris and documentary maker par excellence, and Stéphanie Hauville, one of the foremost history writers in France, are the powerful creative duo behind streetsweepers such as Le Destin de Rome, Au Nom d’Athènes, or just recently, Napoléon, La Campagne de Russie, all of which were hits and viewers favorites for ARTE. Having built an international reputation for tackling historic events in antiquity with the same sense for style and suspense as those of our own era, Fabrice and Stéphanie understand how to synergize excellent writing and flawless visual execution, making history’s great characters and their era come back to life with all the freshness of modern 3D animation technology while respecting historic facts and accuracy.

Aile Contre Aile uses only video and photo material of Jacqueline Cochran and Jacqueline Auriol but when reconstituting history, Fabrice often works with actors of international reputation such as Marc Duret (in the title role of Napoléon and of Miltiadis in Au Nom d’Athènes) or Karl E. Landler (Aristodemis in Au Nom d’Athènes), who for authenticity’s sake actually play in original languages such as ancient Greek or Persian. This sense of perfection and respect for history may be at the core of the success of any production signed “Fabrice Hourlier”, which is practically guaranteed to be on top of viewers’ ratings charts.

So be sure to check in and be in the cockpit when the Two Jackies take to the skies and fight it out wing against wing, Aile Contre Aile, on France 5 on April 2 at 21h35 – a TV event you definitely do not want to miss.