Mathieu Chedid, better known as just M to his loyal followers, is back in Nice this December with a one-off concert in the Palais Nikaïa.

He may no longer wear flamboyant costumes, nor style his hair in the shape of his one-letter moniker, but French pop sensation Mathieu Chedid, better known under his stage name of M, still knows how to get the audience up on their feet with his theatrical live performances, his extraordinary on-stage presence, and his playful melodies. No doubt that his upcoming show in Nice will once again be one for the ages.

Born to a family of artists – his father, Louis, is a popular Gallic singer and his grandmother, Andrée, was a famous writer and poetess – the multi-instrumentalist artist is definitely one of contemporary French music’s most influential and creative artists, who deserves every reward he has thus far received.

After beginning his music career at the tender age of six, lending his voice to the chorus of his father’s hit song ‘T’as beau pas être beau’ alongside older sister, Émilie, Chedid performed throughout his teenage years and early twenties in a series of short-lived groups such as Les bébés fous (The Crazy Babies) and Les poissons rouges (The Goldfish).

It is only when he started collaborating with artists such as NTM, Sinclair, Sean Lennon, and Vanessa Paradis that he became a hot commodity on the French national scene.

His second solo album, the 1999’s ‘Je dis M‘, was a huge success in France, selling more than 500,000 copies, and producing a great number of hits such as ‘Onde Sensuelle’, ‘Le Complexe du corn-flakes’ and ‘Mama Sam’.

Soon thereafter, he also gained international exposure with the recordings of a string of songs and soundtracks in both French and English for various popular movies – ‘Belleville’ for the 2003 Sylvain Chomet animated film ‘The Triplets of Belleville‘, Guillaune Canet’s ‘Ne le Dis à Personne‘, and more recently ‘La Seine’, a duo with Vanessa Paradis for the 2011 animated film ‘Un monstre à Paris’ (A Monster in Paris). 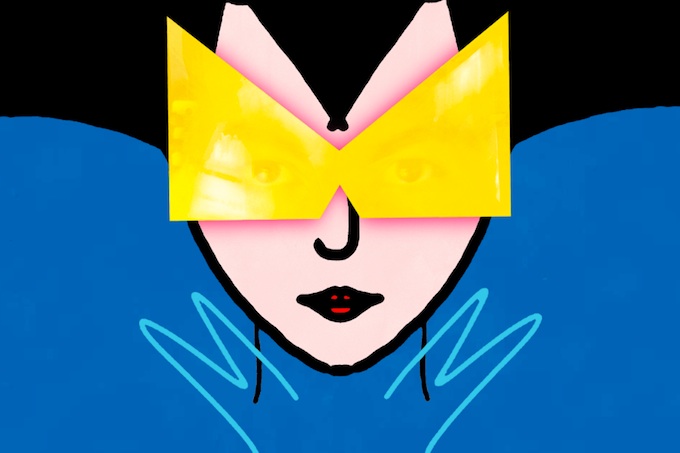 But why the alias “M” you ask? A play on the word “aime” (“love” in French) and his own initial, this name was a way for the young Chedid to overcome his shyness on stage and to distance his work from that of his famous relatives. Now that he has made a name for himself, the artist can slowly but surely take the better of the alter-ego and superhero character he carefully created at his beginnings.

M plays the Palais Nikaïa in Nice on Saturday, 21st of December 2013 at 8pm. Tickets range in price from 22€ to 59€ and may be purchased from all the usual outlets.