Only two hundred years ago, a woman’s role was largely domestic and she would keep her belongings in a purse tucked into the folds of her clothes. But as women started leaving the home, both for leisure and work, bags became a useful way of carrying their possessions.

Rail and sea travel caused an explosion in the popularity of fashionable luggage such as suitcases, dressing cases, hat and shoe boxes – out of which the modern leather handbag developed. It’s no accident that many of today’s most luxurious handbag design houses, such as Louis Vuitton, Gucci, Prada and Hermes, originated in the late 19th and early 20th centuries as travel became more common. Then, as women gained financial independence, so the handbag industry flourished out of all proportion to its humble origins.

Ironic then, that in certain milieu, the handbag has simultaneously been denoted to the more demeaning stature of ancient times where carrying such an accessory denotes inferior status. Today, the ability to be bag-free is a power move indicating that you either have a public relations person or personal assistant carrying it for you at a discreet distance or, for some people attending fashion shows, private views or dinners, keep a car and driver outside, enabling you to leave your bag and its contents in the backseat and sail around the event, unencumbered and unbothered by the hassle of cloakroom queue.

I personally consider a handbag the perfect accessory to deal with the battle that is daily life. “Your Shield, your power, your guard, your declaration of opulence.” 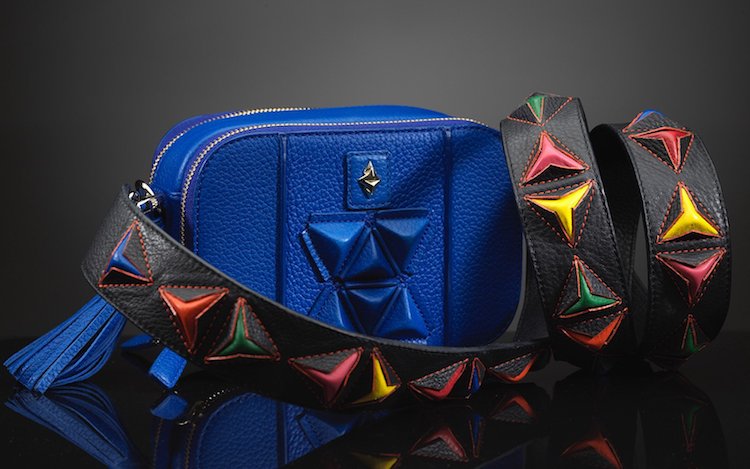 Welcome to the emeriging talent Sofia Al Asfoor, a young Bahraini handbag designer, who brings us to handbag heaven.

Cosmopolitan and modern, the Kingdom of Bahrain in the Persian Gulf has enjoyed a traditional prosperity throughout its long and rich history. Bahrain’s name, which means “two seas,” is an Arabic word referring to the fresh water issuing from the subterranean springs found within the briny Gulf Sea. It is believed that the presence of sweet water beneath the salty sea is responsible for the dazzling luster of Bahraini pearls, widely regarded as the best in the world.

Bahraini women do not have to wear headscarves and are allowed freedom of dress. They created the Middle Eastern style, which is very refined and luxurious. 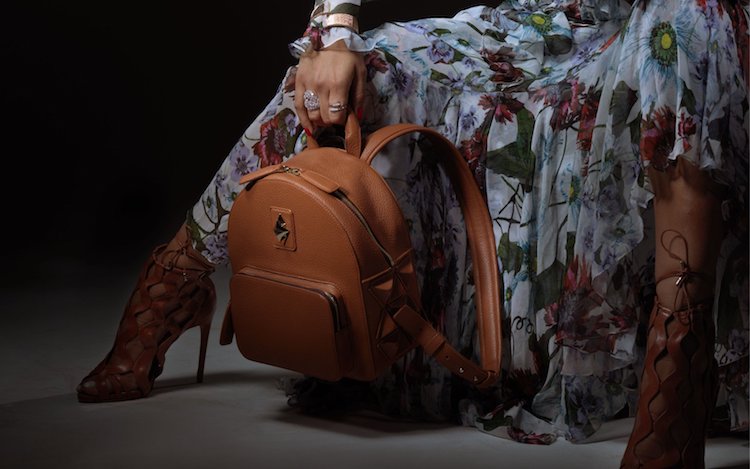 Sofia grew up in the Heart of the Arabian Gulf, after studying in London, New York and Milan she started her own eponymous label. She uses architectural structures as a starting point for many of her designs, the result is sleek geometric handbags and accessories with a distinctly modern feel. Her Classic shield is the new sought-after ‘IT’ bag… The exotic shield is a dream to touch and a bigger dream to own! The bags are truly pieces of handcrafted pieces of art. Handbag paradise! From mystical Arabia directly to your arm!

She has been brought up in a liberal household and studying and living abroad has only made her who she is today. ‘Living and mixing within different cultures only brings out one’s character making me a modern Arab woman’ she tells us. ‘International luxury brands heavily cater to our Middle Eastern world, where women desire luxury brands to wear so why not offer a luxury treasure from Arabia that truly represents our women?’ 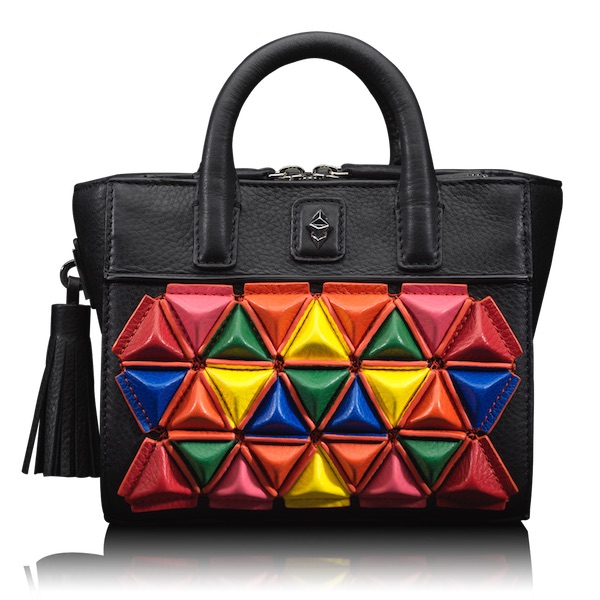 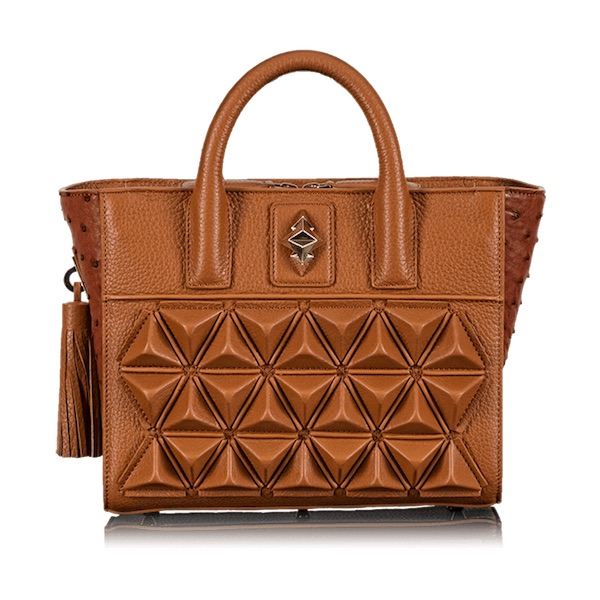 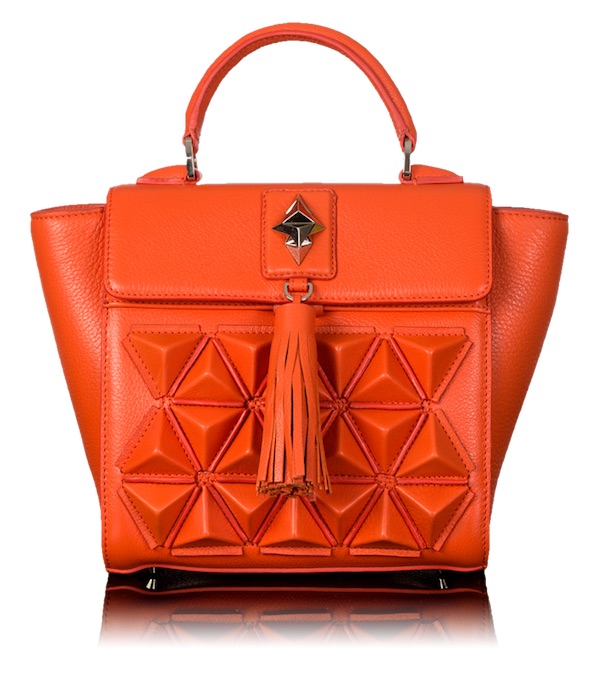 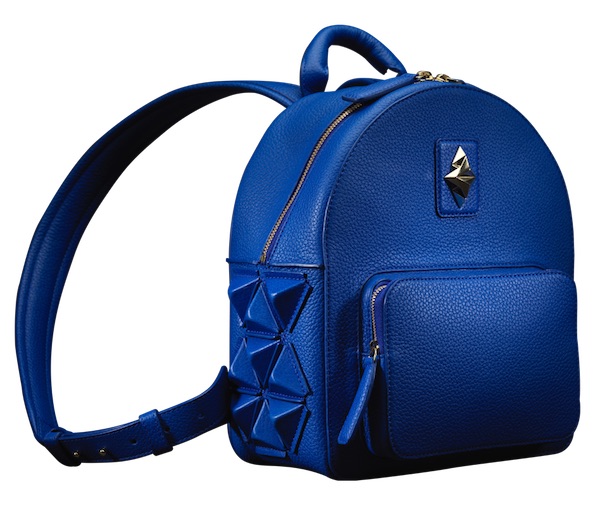 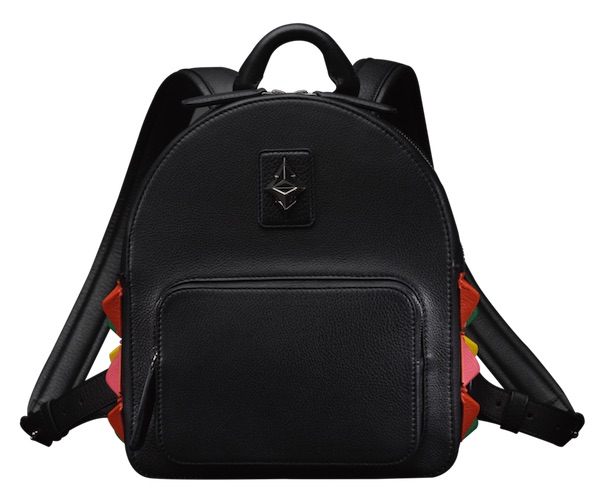 An aura of distinguished timeless design intertwined within each detail. Influenced by the mystical characteristics of the Arabian Desert, so forceful, she gracefully demands to be ethereal. Commanding excellence, she prevails with a distinct style to make a statement of rare immaculate beauty that can’t be contained.

Entrancingly sensual she demands unique opulence, confidently poised she stands proud in the midst of legends, magnificent she triumphs. For infinity she is celebrated for how she has become a symbol of rare and exotic feminine power.

“Your Shield, your power, your guard, your declaration of opulence.” 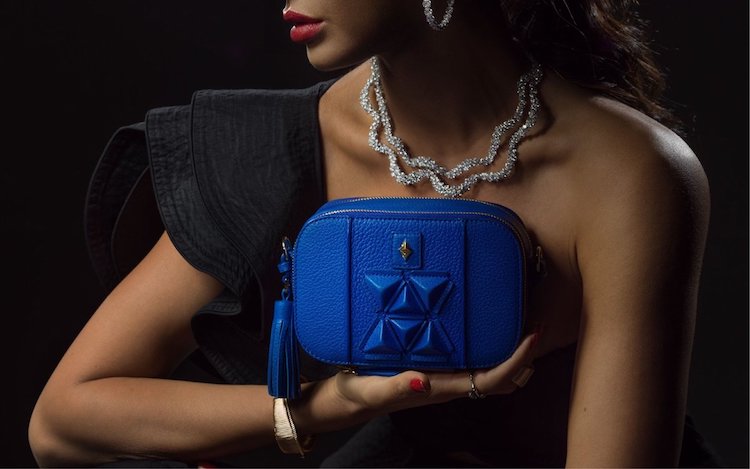