A mouse invasion has taken over Sweden and many other countries. But don’t sic your cat on them or dust off your rusty mousetrap just yet…

It all started with an Italian bistro and a nut shop. Both were a huge success. Only they weren’t meant for humans but built for an imaginary mouse population by a Swedish collective of street artists that wanted to bring a touch of fun and colour to gray city streets. Far from being two-dimensional paintings, these installations are intricate scenographies, complete with blinking lights, furnished with tiny everyday objects, and move-in ready.

Now, five years later, Anonymouse has become a sensation not only back home in Sweden but internationally. We wanted to know more about their unique artistic universe, and Yasha Mousekewitz (or rather her human alter ego) told us their story.

Yasha, what is Anonymouse?

Anonymouse is a loosely connected network of mice and men, originating in the town of Malmö in southern Sweden. We are not trained miniature makers, it just kind of happened. We started building 3D miniature installations for mice in the winter of 2016. Inspired by the stories of Astrid Lindgren and Beatrix Potter and the movies of Walt Disney and Don Bluth, our main drive is to bring a little bit of everyday magic to children and pedestrians passing by. And hopefully inspire some to change their own street to the better.

Why do you prefer to remain incognito?

We believe that part of the allure of the installations is that they could have been built by anyone, and also to let the focus remain on the scene and not the creators.

How are your installations constructed?

We think that at some point most kids like to imagine that there is a world parallel to ours wherein small animals live quite like we do but recycle things that we have lost. So we try to incorporate as many human objects as we can – a champagne cork becomes a chair, a matchbox a desk, a seashell becomes a lampshade, a stamp makes a painting, and so on.

When we started it took us three months to complete a scene, but now that we’ve gotten the hang of it, it’s considerably faster. All our work is installed in the middle of the night and we never reveal the precise locations, since people enjoy searching for clues of its whereabouts in the photos, analyzing the bricks and surroundings.

Where have your installations appeared?

So far we’ve created over 30 scenes, most of them in Sweden but also for example in the French city of Bayonne and on the Isle of Man. This has branched out in an interactive mystery quest, involving newspapers, emails, maps, and answering machines. 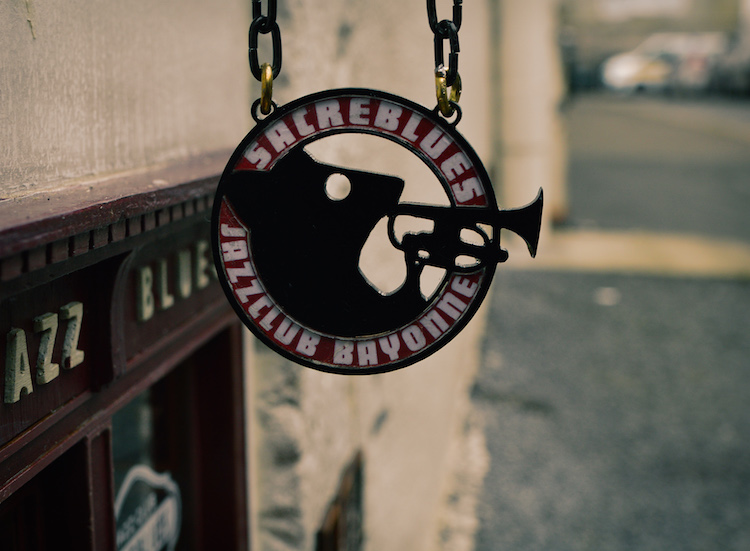 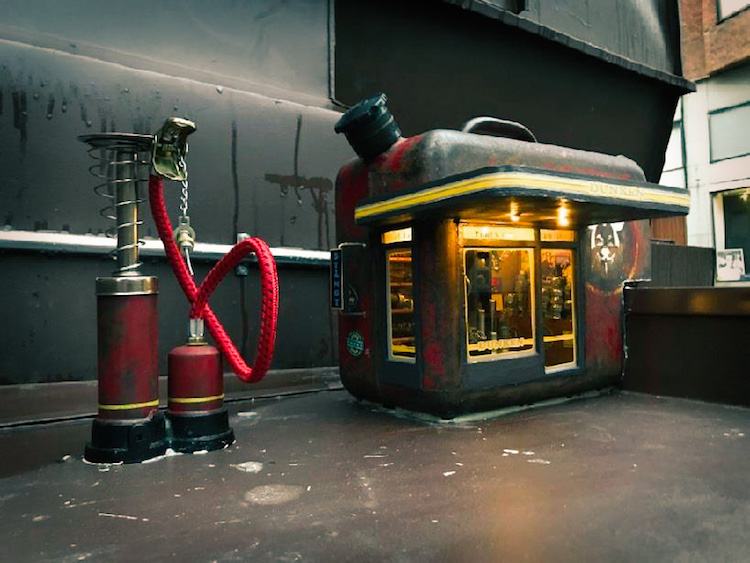 You have done a lot of different themes. What are your future plans? And where will you be next?

We have several ideas to further the concept and intend to keep this up for years to come. And we’re always interested in invitations of where to go next. So, let us know where you want to find a mousiverse!

PS: The musophobic ones among you may relax – no live mice inhabit these dwellings and cityscapes!