Cannes may certainly have the world famous film festival but the annual In&Out Gay and Lesbian Film Festival is where it all really happens!

The 6th annual In&Out Gay and Lesbian Film Festival takes place from 24th April to May 3rd in venues throughout Nice and Cannes. The event continues to go from strength to strength each year, with an impressive lineup of films, readings, performances and exhibitions on offer in the two cities for this edition.

The theme this year is ‘Je t’aime, mon non plus’ which can be construed as a cheeky statement alluding to the fact that no matter how far we think society has come in accepting the LGBT community, in many countries it is still not safe to assume one can fully be themselves and feel completely accepted in their surroundings, in order to freely live their lives.

Huge strides have been made, but there still is a long way to go. 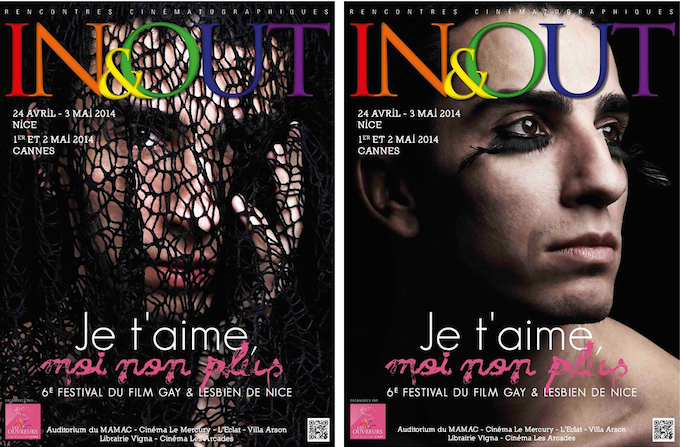 Over the ten days of the festival there is an impressive programme on offer, featuring films from around the world to choose from, and all catering to your current mood or interests. Films based on everything from camp humour and queer classics, to activism and exploring new sexual territories.

This selection of films will be part of open discussions, serving to help attendees learn so much more about unique LGBT experiences.

There will also be special guest directors, producers and actors in attendance from not only Europe but also North America. Another great way to network is to attend the special soirées held nightly at the local gay and gay-friendly establishments in support of this year’s film festival!