With the backing of SAS Princess Stéphanie, Fight AIDS Monaco continues to raise awareness about the disease in the Principality.

Fight AIDS Monaco, the charity driven by SAS Princess Stéphanie, both in her role as its President and also as Goodwill Ambassador for UNAIDS, seeks to provide information, education, prevention, support for people with HIV, and help combat the social stigma surrounding the disease.

Established in 2004, the organisation is funded mainly by private donations, but does also receive a grant from the Monégasque government. A tremendous amount of work and outreach has been done in the decade since its inception, not only within the Principality, but throughout the Côte d’Azur, and further afield.

The organization has an informed and enthusiastic team in place, including an eleven member board, four employees, and 12 volunteers, who dedicate their time, along with Princess Stéphanie, to help spread awareness about AIDS and HIV. They have achieved this through programmes such as ‘Restaurateurs Solidaires‘, which has been underway for a number of years, encouraging participating restaurants and cafés to use items such as placemats to spread messages about AIDS prevention. 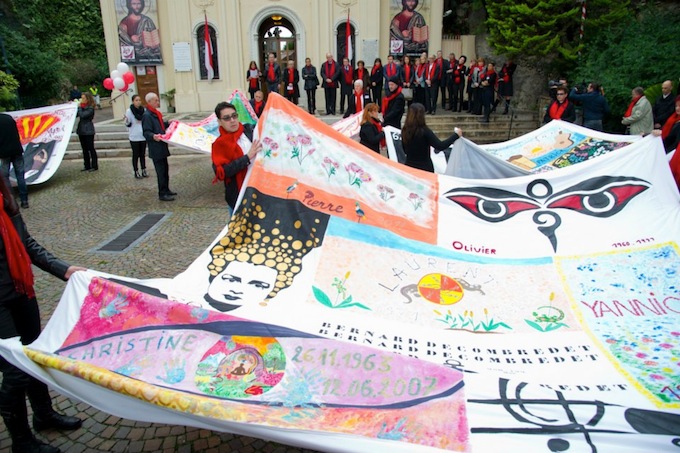 There is also the very recognizable ‘Operation Quilt‘, in which large canvases are covered with images of, and messages to, those who have passed because of AIDS, and acknowledging those currently living with HIV. These canvasses are sewn together, along with their names, as a piece of memorial artwork that is then also displayed at the Église Sainte-Devote (pictured above). 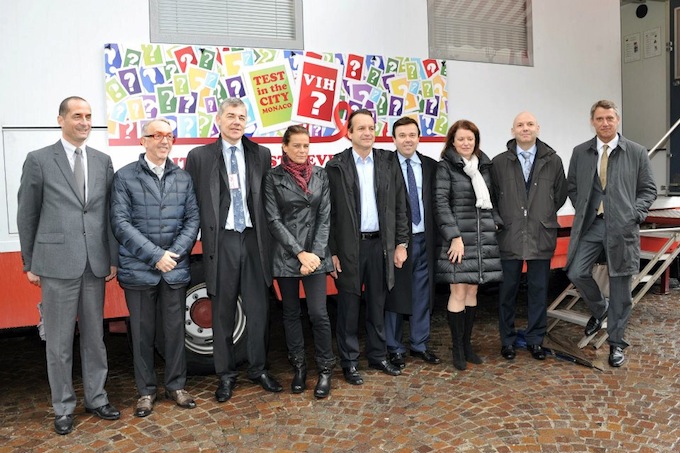 ‘Test in the City‘ is another initiative of Fight AIDS Monaco, providing anonymous HIV rapid testing for free, with results in only ten minutes. The testing is done in conjunction with partners such as Centre Hospitalier Princesse Grace, the Emergency Department and the Center for Anonymous and Free Screening.

The ‘Maison de Vie’, another one of the organisations concerns, was opened by Princess Stéphanie in June 2010 in Carpentras in France, and acts as a “healing place” for those with HIV/AIDS. It has wonderful gardens and walking trails with a living space for 28 adults and children. Extensive work is also underway on two international missions, one in Madagascar and a study in Burundi, where the Fight AIDS Monaco efforts continue.

AIDS knows no borders and needless to say, the very busy Princess Stéphanie has worked tirelessly along with the good people of Fight AIDS Monaco to bring much needed awareness and education to this very important cause.