Beautiful Helsinki, capital of Finland. Definitely worth considering for your next city break. Read on to find out why!

When I think of Helsinki, imagining the scene-stealing red carpet appearance of my beloved grandmother from Finland and I hope that beauty runs through family veins and nothing can beat heredity! In general it appears that just gazing at what our brain neurologically registers as beautiful triggers our reward and pleasure centres. Moreover, such positive activation doesn’t appear to be anything we consciously control. Rather than volitional, it’s simply hard-wired in us.

Welcome to the creative nation of Finland, World Design Capital Helsinki back in 2012 – Embedding Design in Life!

Helsinki was turned into the capital of Finland during the times of the Russian empire. As the Russian Tsar decided that Turku (the old capital) was located too close to the Swedish kingdom (and not close enough to Russia!), a decision was made to move the capital to the (at the time) small town of Helsinki.

Finns are a true design nation, with a long history and a strong heritage in design. Finnish design has been promoted internationally since 1875, and the success of the Finnish design icons of the 1950s and ’60s (for example Rut Bryk, a Finnish ceramist, considered a key reformer of modern Finnish ceramic art. Her husband Tapio Wirkkala was a designer and sculptor, a major figure of post-war design. His work ranges from plastic ketchup bottles and metalware, to glass, ceramics and plywood in a range of styles. He designed the Finnish Markka banknotes introduced in 1955. His range was immense, designing glassware, stoneware, jewelry, and furniture for mass production, as well as individual sculptures in several media) has been passed on to innovative and eager generations of younger designers who work with internationally famous brands. They are on a first-name basis with design; it forms a familiar part of their daily lives. They are well acquainted with the design pedigrees of their kitchen cupboards, stocked with Arabia tableware and Iittala glassware that they use on a daily basis. Alvar Aalto’s Savoy vase is often placed on the table for special occasions. Ever present and authentic! My can’t-live-without product is a dress from Marimekko, Marimekko goes everywhere!

Helsinki is filled with design – Ludvig Engel’s architecture. Engel’s love for the neoclassical style has shaped the modern day architectural look of the old centre of Helsinki. Among his works are the Helsinki Cathedral, the main campus of Helsinki University, Helsinki City Hall and the National Library of Finland. All these buildings can be found in the Senate square.

Finnish National Romantic style is a style that Helsinki is famous for. It was a firm response to the Nicholas II Rusification policies that were introduced in the latter half of the 19th century. The Finnish bourgeois classes were openly unhappy about the new laws imposed by the Russian Tsar. They regularly expressed this opposition in art and music, but perhaps most obviously in the architecture.  The Finnish National Romantic style became the symbol of great resistance for the Finnish people towards the Tsarist regime. It incorporated many nationalistic-mythological symbols including those coming from Kalevala. Overall, it helped to form the national Finnish identity that had been suppressed for many years. The most prominent examples of Finnish National Romantic style in Architecture are Pohjola insurance company building and the National Museum of Finland, which were both designed by a famous trio of architects. They were called Gesellius, Saarinen and Lindgren.

The Helsinki Design District forms a hub of creativity in the heart of Helsinki: just over one square kilometre with more than 180 design shops, galleries, workshops and trendy bars and restaurants, not to mention design hotels. Featured on a special Helsinki Design District map, this area also includes the Design Museum, the Museum of Finnish Architecture and Design Forum Finland.

Alvar Aalto once said ‘A form must have content, and this content must be linked with nature’. That was Aalto’s motto that explained his passion for designing functional but at the same time homely and liveable spaces. True pieces from Nordic Happiness!!! More modern architectural style in Finland became famous primarily because of works by this famous architect. Aalto is often referred to as the father of Finnish (or Organic) modernism. And nature is what Finland has a lot of to offer. Nowhere in Europe has more trees.

Ever since the beginning, Finland’s style has stood out and Finns draw inspiration from sports culture. For the elegant majesty of winter sport the Nuuksio National Park offers nature experiences untouched by the hectic life of the Helsinki Metropolitan Area. There is the Trail 2000, a 110-km long hiking trail which begins in Laakso in Helsinki and goes through the Nuuksio National Park. Just follow the blue bands on the trees, great parts of the trail have cross country skiing tracks in winter – simplicity and elegance of nature, permanent source of inspiration. 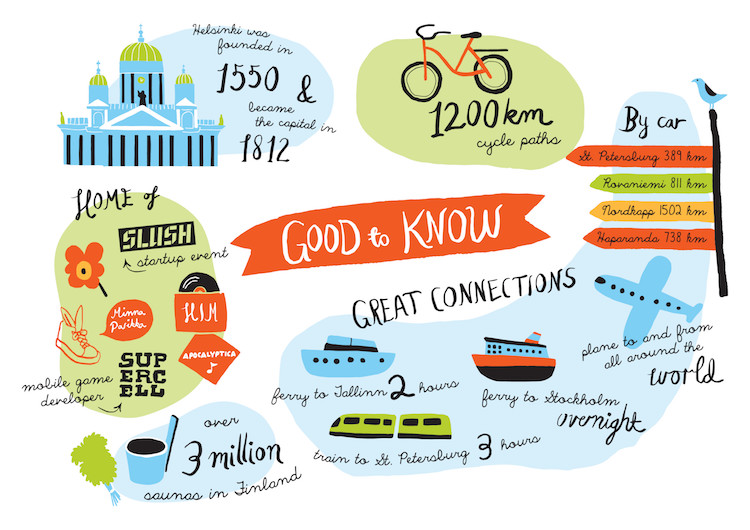 Also literature and music is close to the Finns’ hearts, today perhaps more than ever. From yesterday to today:

Frans Eemil Sillanpää (16 September 1888 – 3 June 1964) was one of the most famous Finnish writers and in 1939 became the first Finnish writer to be awarded the Nobel Prize for Literature “for his deep understanding of his country’s peasantry and the exquisite art with which he has portrayed their way of life and their relationship with Nature”.

Väinö Linna (20 December 1920 – 21 April 1992) was a Finnish author. He gained literary fame with his third novel, Tuntematon sotilas (The Unknown Soldier, published in 1954), and consolidated his position with the trilogy Täällä Pohjantähden alla (Under the Norht Star, published in 1959–1963 and translated into English by Richard Impola).

Voices to hear: Folk Music, the folk music is typically influenced by Karelian traditional tunes and lyrics of the Kalevala metre. Karelian heritage has traditionally been perceived as the purest expression of Finnic myths and beliefs.

Sami music, The Sami of northern Finland are known for highly spiritual songs called joik, reminiscent of a few types of Native American singing. The same word sometimes refers to lavlu or vuelie songs, though this is technically incorrect. The hip hop artist Amoc is noted for rapping in Inari Sami, a Sami language from the area of Inari.

Classical and art music, Jean Sibelius composed Finlandia, he is widely recognized as his country’s greatest composer and, through his music, is often credited with having helped Finland to develop a national identity during its struggle for independence from Russia.

Today Finland is the world’s happiest country, it has undergone a facelift after drawing a young, diverse and entrepreneurial population. It is safe, green, eco-friendly, it has 2 million saunas (cures everything from Alzheimer’s to acne, my favourite is Löyly in Helsinki), good coffee, it is laid-back and spirited and has great chocolate! 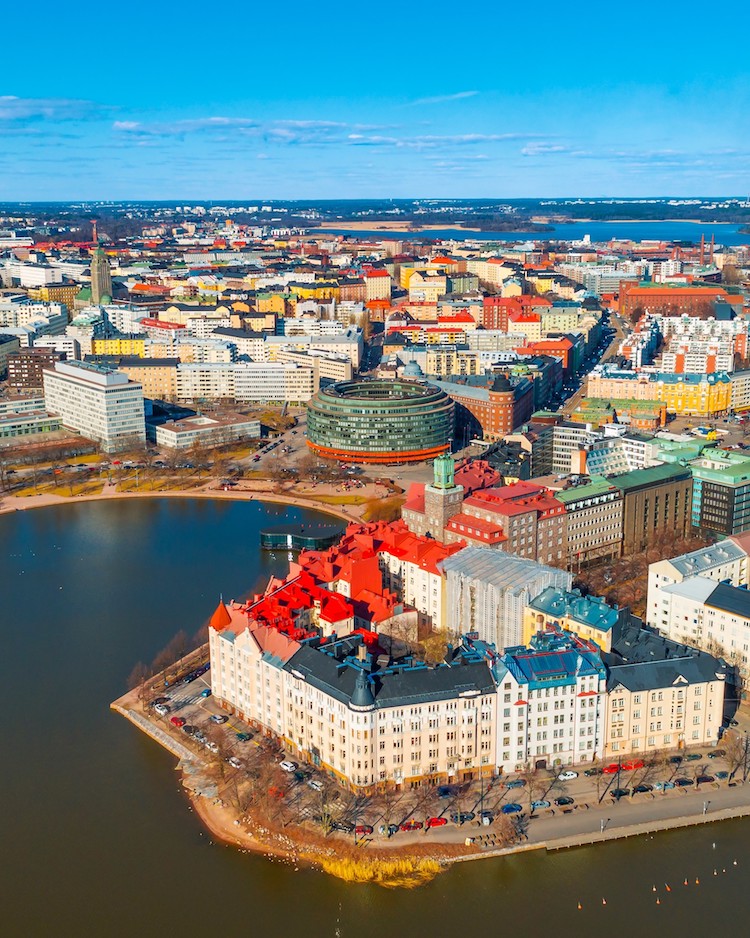 How do we end the day in style? With a good glass of wine and karelian pirogs – yummi!