Biarritz, situated on the Bay of Biscay in South Western France, remains as popular a resort today as it was two centuries ago.

When a young Spanish countess named Eugénie first discovered Biarritz and had fun swimming in the sea with the children of local fishermen, it was still a little “white village with red roofs and green shutters, set amongst grassy hills” as Victor Hugo described it upon his first visit. But when she came back a few years later, by then having become France’s newest empress, she would witness this idyllic spot being transformed into THE fashionable seaside resort it still is today. As a token of his love, Napoléon III decided to build a summer residence for his wife, the “Villa Eugénie”, where every year the couple would come to enjoy the climate and the invigorating effects of the sea, setting a new trend for countless numbers of princes, dukes and even kings who also decided to have their own beautiful palaces and villas here.

After the abdication of the Emperor and his exile to England, the Villa Eugénie was sold and became the Hotel du Palais, but the little resort did not lose any of its appeal. As the Second Empire gave way to the Belle Époque, European royals and members of high society, mostly English, kept coming to this part of France, bringing with them polo, fox hunting, golf and lawn tennis. Later on, they would be followed by celebrities from the world over, from Sarah Bernhardt and Coco Chanel, to Charlie Chaplin, Ernest Hemingway and Frank Sinatra. 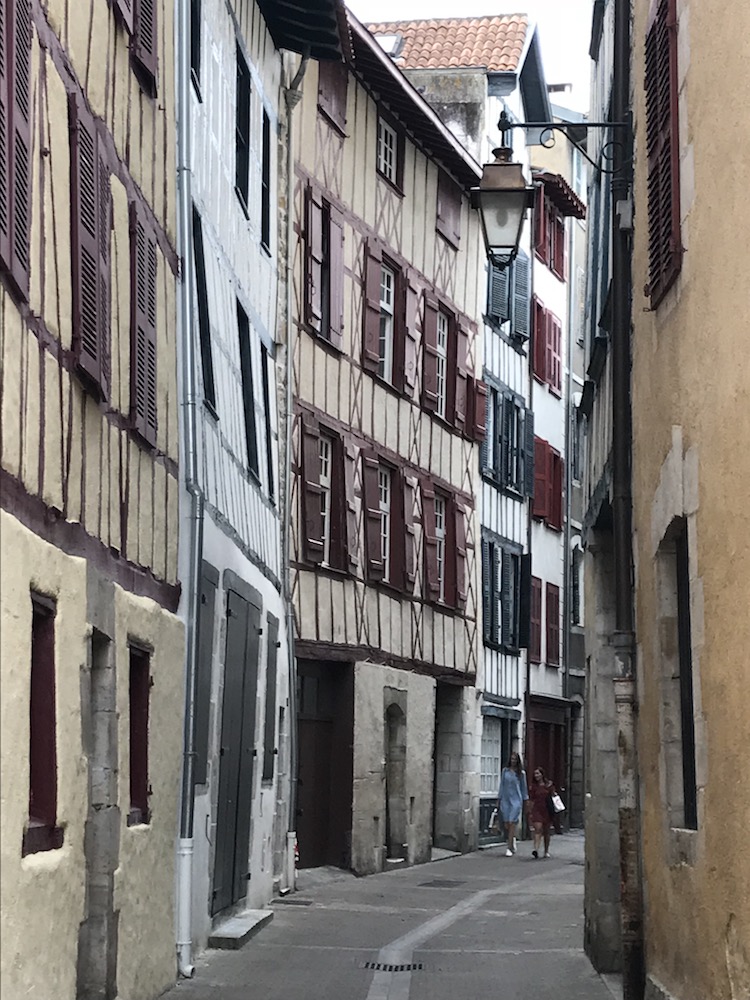 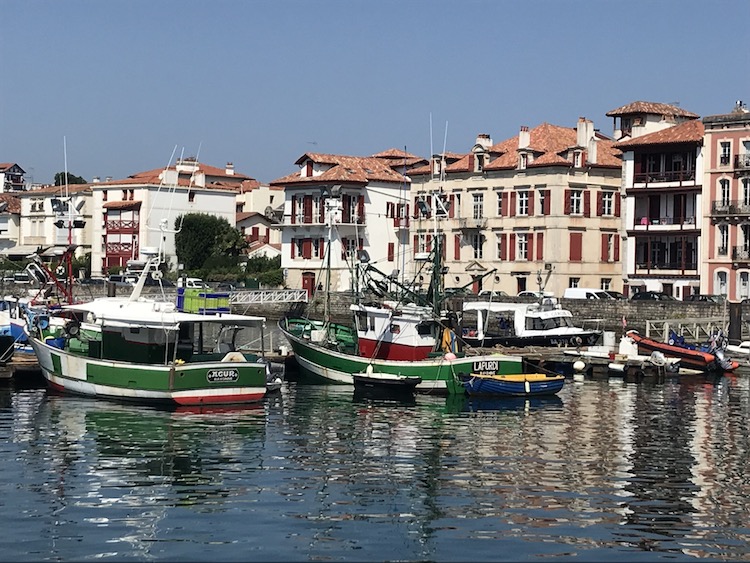 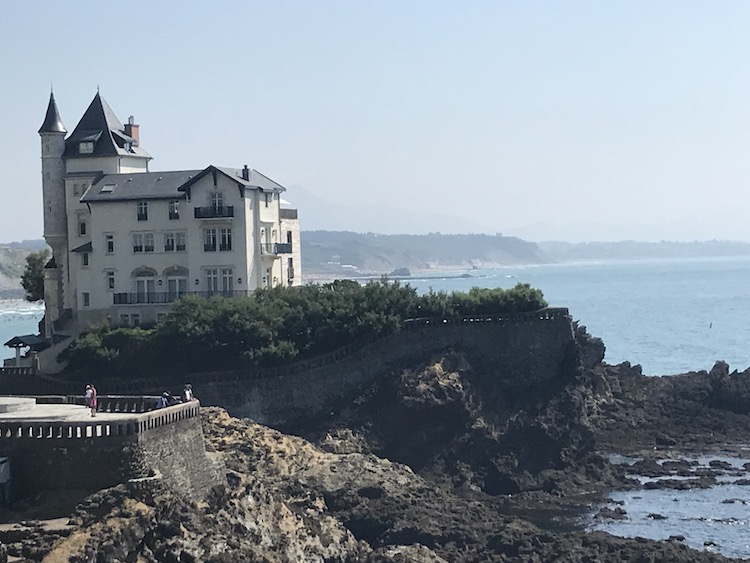 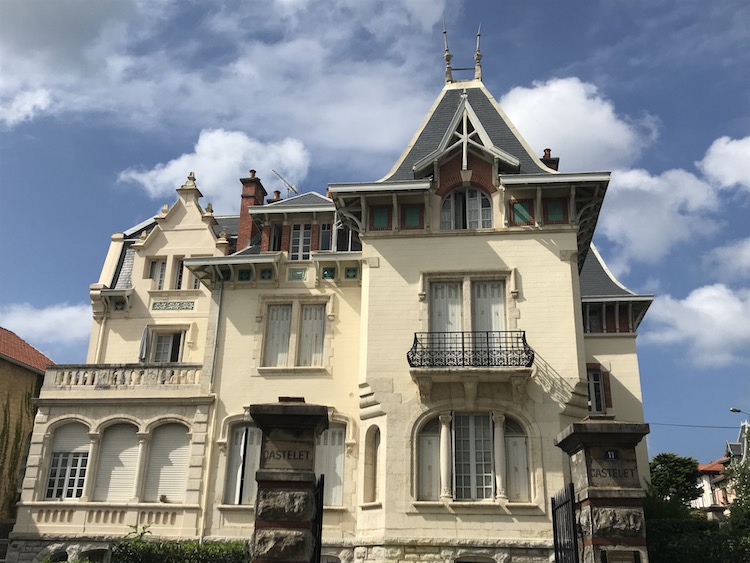 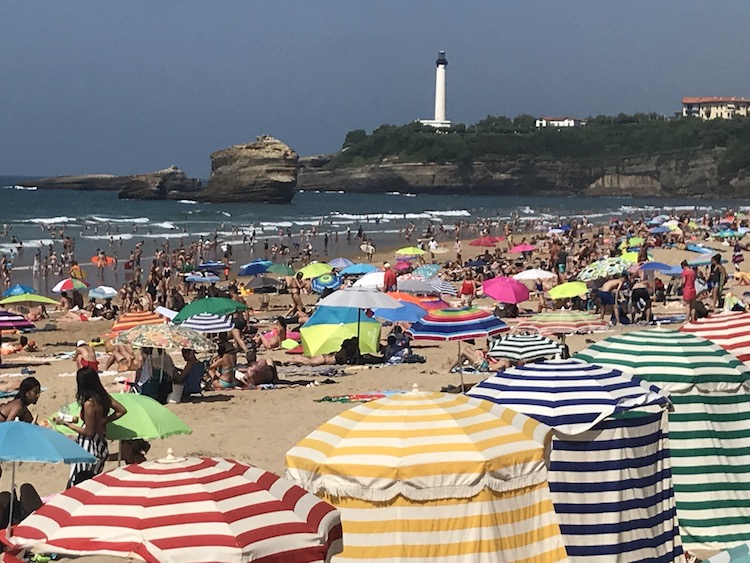 Biarritz still remains the place to be for many people, thanks in no small part to it being a European surf Mecca since the beginning of the 50s, and home to some of France’s most prestigious Thalassotherapy centres.

This rich history explains why the Basque resort charms the visitor, whatever the type of holiday they are looking for. For lovers of architecture who can easily walk through the streets of the city, admiring magnificent 19th century villas, the superb art deco casino, the Imperial Chapel, a charming quiet monument built in Byzantine and Hispanic-Moorish styles for Empress Eugenie’s use, and the 73 metre high lighthouse which offers a beautiful view over the coast and the town.

The sporty types can spend hours on one of the many sandy beaches, hit one of the countless golf courses or try their hand at the famous ‘pelota basque’, a court game played with a ball using one’s hand, (or jai alai where a racket, a wooden bat or a basket is used), to hit the ball against a wall.

Meanwhile, nature lovers will no doubt enjoy the walk to the Rocher de la Vierge, or escape to the nearby Pyrenees or explore the region and the nearby towns and villages of Baronne, Saint-Jean-de-Luz or Espelette and its red-timbered façades decorated with strings of red peppers glistening in the sun.

Biarritz, and more generally the Basque country, is a region with deeply rooted traditions, a lively language, the “Euskara”, whose origin is not very well known, with typical dishes that include many cheeses, “Chipirons” (grilled squid), “cojones” made with stuffed bull testes, “turron” (a sort of nougat) and “muxus”, a macarron filled with almond paste.

Air France and Easy Jet both offer a number of flights per week to Biarritz from Nice Airport.