Check out this truly amazing sound and light show in a most unexpected location in Les Baux de Provence – you will be suitably impressed!

For over 200 years, the Carrières du Val d’Enfer (the quarries in the Valley of Hell) in Les Baux de Provence provided the limestone that was used among other things to build the nearby castle and the Roman city of Arles.

Now to the delight of the numerous visitors each year – no less than an impressive 239,000 in 2012 – they play host to the largest and probably most impressive multimedia show in France. A remarkable conversion for an incredible site right in the heart of the Alpilles!

With a surface area in excess of 7,000 square meters and gigantic walls rising to a height of 14 metres, the quarries do indeed offer a unique environment.

Famed artist Jean Cocteau made no mistake of it when he decided to use them as a backdrop for his 1959 movie ‘Le Testament d’Orphée’, despite the fact that the quarries had been closed since 1935.

It wasn’t until the 1970s however that the site started to become known for its multimedia extravaganza, and today, even if the management has changed and the Cathedral of Images has been renamed Les Carrières de Lumières, the show still remains spectacular.

Thanks to 100 video projectors and a 3D audio system specifically conceived for this kind of surface, the visitors embark on a fantastic journey through the world of art. 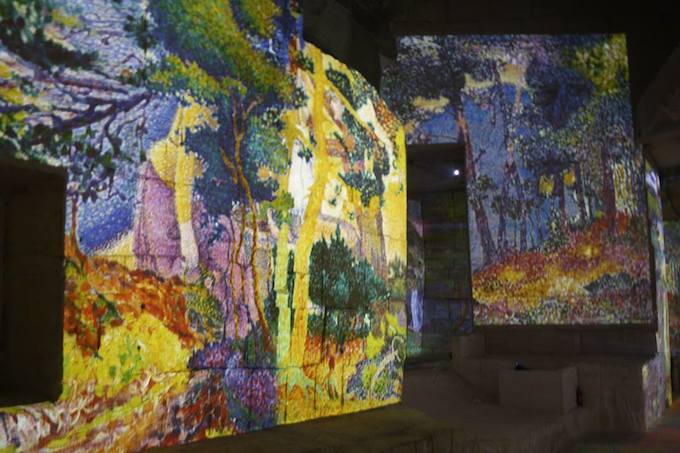 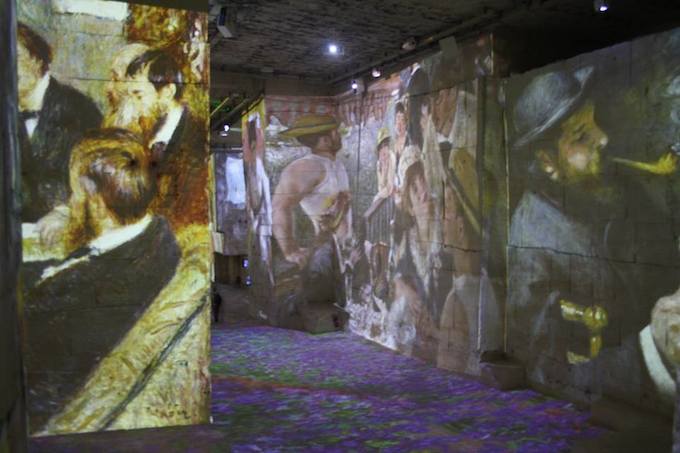 This year’s exhibition – running until the 5th of January 2014 – follows 16 great artists, from Monet and Renoir, to Matisse and Chagall, who moved to the south of France to enjoy the Mediterranean light.

For 35 minutes, the walls and the floor become illuminated with a succession of reproductions of some of the greatest masterpieces to the sounds of Clause Debussy’s ‘Suite Bergamasque’ or Gershwin’s ballad ‘I love you Porgy’, for a total and engrossing immersion into the world of art.

If the theme changes each year – the 2014 show will honour Gustav Klimt and the Viennese Avant-Garde – the experience each time is a feast for the eyes, ears and mind.

Les Carrières de Lumières are open are open every day from 9:30am to 7pm from March to September, and from 10am to 6pm from October to January. The current exhibition, ‘Voyages en Méditerranée’, runs until the 5th of January, 2014, open daily from 10am to 6pm.

Admission costs €9.50 for adults, and €7.50 for children aged 7 to 17 years of age; children under 7 get in for free; other concessions are also available.