If you or a loved one suffers from a chronic disease, you need to know about Lifeinabox. It can save lives… although the company’s founder hopes you’ll never buy it

Living up to the nickname “Steve Jobs of health care” is a tall order, but serial entrepreneur Uwe Diegel has no problem doing so, and his actions certainly justify the comparison. His life is one of those where the unexpected is a constant companion and throws the odd crate of lemons at him, but he invariably turns them into a citrus fruit empire… or rather into another life-saving health app or product. If the story of this former concert pianist is inspiring in itself, his newest product, scheduled for a mid-September Indiegogo launch, is one that will change – and save – countless lives. And yet, Uwe Diegel may actually be the only CEO in the world who hopes you won’t ever need it. We set out to discover both the charismatic person and the simple but revolutionary concept behind Lifeina.

From Concert Stage to Conference Room

November 1965, Dunedin, New Zealand. Uwe Diegel is born to a family of a German father and Swiss mother as the fourth of five children. He grows up in an environment that places a premium on arts, culture, and travel. They speak Latin at home, and the kids get to experience concerts and museums from a young age. Uwe’s artistic talent shines through early, and at age 13, he becomes a concert pianist. He favours Romantic music… Brahms, Chopin, Schumann…. and he soon performs all over the world. A musical prodigy’s promising career is well underway.

Then, in 1992 – by now we are in South Africa – life throws Uwe his first major curveball.

An accident destroys the 26 year old musician’s arm, stopping his career as a professional pianist cold in its tracks. It is in the aftermath of this life-altering event that Uwe first discovers his interest in medical devices, and medical technology as a whole. He dabbles in it as a self-declared “dilettante”, peeking over his father-in-law’s shoulder. One thing strikes him: he notices that the rural Black population of South Africa is for the most part lactose-intolerant. His interest is triggered, and after some R&D, he comes up with a technology to produce lactose-free milk… and it won’t be long until he is at the helm of the first long-life dairy factory in South Africa. 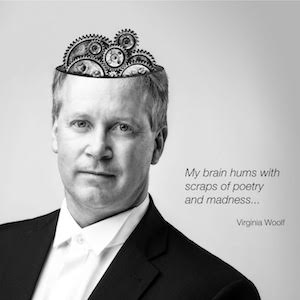 His interest in the field is ignited for good, especially since like minds are close at hand: his father-in-law’s cousin was the inventor of the digital thermometer. “That is cool! I want to be a part of this,” will become the young man’s leitmotif for the years to come. His lack of formal engineering studies does not stop him from becoming involved in a Swiss company that has since revolutionized healthcare: Microlife, which would become one of the world’s top medical diagnostics company specializing in the development and manufacture of blood pressure monitors, digital thermometers, and peak flow meters. Here, he has the opportunity to follow his strong scientific interests and rapidly becomes an expert in the medical fields of cardiovascular conditions. His curiosity also leads him to explore industrial design and manufacturing processes.

A jump forward to the early years of the 21st century. Uwe now lives in Paris and follows the explosion of computer-aided medical devices with bated breath. Needless to say that he cannot sit still and just watch, he again has to be a part of it. Among other inventions and developments, for which he holds a number of patents, the famed infrared Spengler thermometer sees the light of day.

The Trip That Changed Everything

But in one of life’s curious twists and turns, the next big curve ball arrives in 2003. 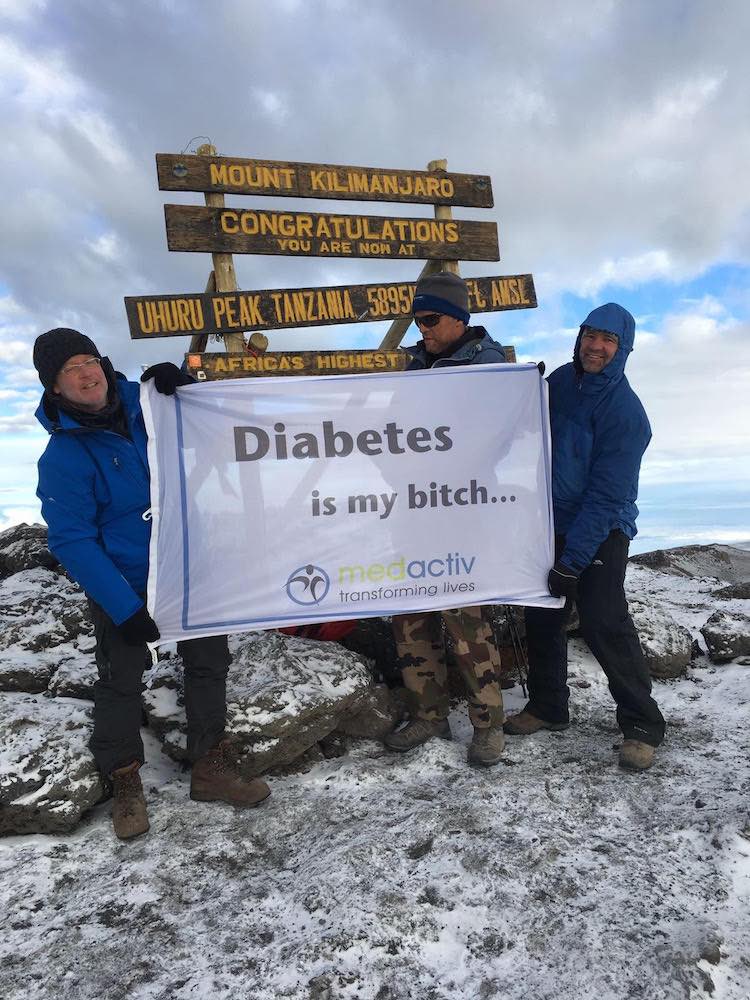 Uwe’s brother Dr. Olaf Diegel, a Type 1 diabetic and a renowned medical tech researcher, is visiting from New Zealand. Together they set out on a trip through the bucolic Provençal countryside. One night, they find themselves in a hotel room without a fridge – a crucial necessity for a diabetic who needs to store his insulin in a cold place, accessible at a moment’s notice. The medication is therefore handed over to the hotel staff but instead of the kitchen’s fridge, it accidentally ends up in the freezer. When the time comes to use it – and the application of insulin is highly time-sensitive – it is therefore not ready…. an incident that very nearly has a fatal outcome. Fortunately, this time round disaster could be avoided as in France there is always a pharmacy or doctor’s office nearby… but Uwe is thinking of other, less well-developed areas. And he would not be the inspired mind that he is if he didn’t quickly come up with an idea, which, had it existed sooner, would have saved Olaf from imminent peril. The two brothers therefore put their heads together to build a prototype of a portable fridge, but only intended for personal rather than commercial use.

Then, in 2008, the iPhone arrives and changes the entire world. Or at least Uwe’s. He instinctively understands that “connected medicine” will become a thing, and that simplicity and ease of use is key. He therefore gets involved with iHealth to create a smartphone-based blood pressure monitor that has the potential to save, or at least improve, millions of lives. Apple likes the project, and it is quickly adopted…. and the tremendously successful blood pressure monitor is followed by countless other health maintenance apps for smartphones and tablets. “Being healthy became a trend, and we became cool. Before that, we were selling devices to cure sickness… but now we were selling health,” so says Uwe. It did not take long until iHealth becomes the worldwide leader in its field. Add to that a few more world-famous companies like HealthWorks Global or MedActiv that he has built up, and you have an idea how passionate and serious this man is about his mission in life. And why he is dubbed the “Steve Jobs of Health Care”.

Then 2016 arrived, and with it Uwe’s half-century milestone birthday. Taking stock of his accomplishments – of which there were many – he realized one thing: while he had led his various companies from success to success, there was little room left for creativity. And while saddling up the Harley, climbing Mt. Kilimanjaro, and engaging in other midlife bucket list adventures, an idea ripened in his mind. What if he left iHealthLabs and started over with yet another company? What about that portable fridge he’d built years ago….?

“A simple problem. We fixed it.”

A man of deeds rather than words, Uwe Diegel followed through, and thus was born Paris-based start-up Lifeina. Or more precisely, LifeinaBox, because Lifeina is the name of the mothership, customizable and adaptable to future products and causes. What is LifeinaBox? Simply stated, it is a miniature, battery-operated cooler, weighing in at less than 2 pounds, that allows the millions of patients with chronic health conditions to have their heat-sensitive medication at their fingertips at any time. This includes insulin, adrenaline, growth hormones, arthritis prescriptions, and many more. The LifeinaBox cavity fits prefilled pens, needles or flacons, giving the patient a whole new level of freedom and privacy. But it is more than just a portable fridge… it is a whole health management system, connected to the patient’s smartphone, which sends regular reminders, status updates, and info on vitals. A three-hour battery grants enough autonomy to go on local errands but on longer times away from home, it can simply be charged through any power source from a car battery to a wall outlet. With temperatures well below that of a standard beer cooler, it is specifically made with the purpose of keeping medication at optimum temperatures between 2 and 8°C and ready to use at a moment’s notice.

The prototype had actually worked quite well, having even won a NASA industrial design contest when it was first conceived, and a SilverECO award in 2017. But a lot more work needed to go into it if it were to be sold commercially. After an intensive year of R&D the product is now ready to be introduced to the public on September 14, 2017, date of the official pre-order launch, and in typical start-up 2.0 fashion this will happen on Indiegogo. 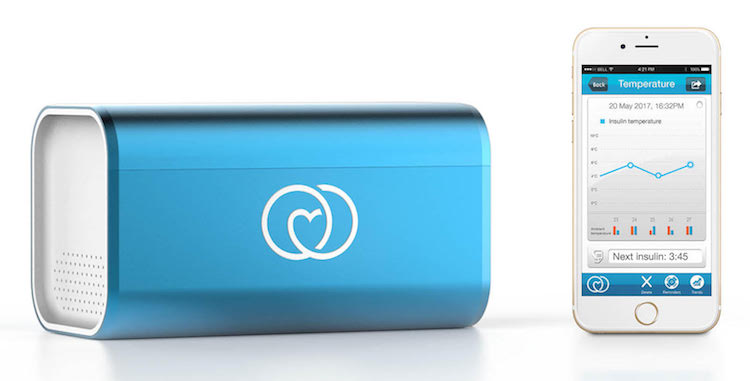 The concept is convincing in its simplicity, the economics behind it is evident: a B2C product, easy to use, convenient to handle, built for low maintenance and high longevity, with a value-adding smartphone application monitoring critical personal health data, and all that for an extremely affordable price point between €150 and €200. And the market is definitely there. Approximately 3.5% of the population suffers from chronic conditions that make them depend on medication. One of the biggest issues to date is lack of privacy – after all, who likes handing over their supply of hormones to a hotel receptionist or put them in the company fridge? Then there is this: 95% of all medication-related accidents happen at home because, for instance, a child mistakes the content of a pretty pink box with a treat – storing medication outside a home fridge is therefore an often overlooked but persuasive argument. And finally, some solid economic data: in France alone, nine billion euros are wasted in healthcare each year due to non-compliance and non-adherence to treatment, largely due to inconvenience, even if that can have significant adverse impact on an individual’s health. And make that 300 billion dollars in the USA…..

The remedy to fix these issues? A simple, small, rectangular blue box which can hold your life. LifeinaBox.

“For the first time, people thank me for selling them a product”

Unsurprising that investors with deep (and less deep) pockets have their pens at the ready. The betas have been distributed earlier this year. The feedback is overwhelmingly positive, and pre-orders are flooding in every day. “It is the first time in my life that I make a product where people thank me for selling them something. As soon as someone realizes their new level of freedom, LifeinaBox becomes a life changer for them. Their only question was why no one had come up with this before,” Uwe tells us. This is why he no longer wants to go by his former titles of CEO or CIO but prefers “Chief Happiness Officer”, and “Official Manufacturer of Happiness”. While the first official models are scheduled to be delivered in April 2018, the box is constantly being optimized, for instance to allow them to be charged via a solar panel. The start-up also plans to manufacture all components domestically, and its simple design is easy to assemble, creating therefore jobs for handicapped people. And down the line LifeinaTube, LifeinaPocket, and potentially other products may see the light of day. 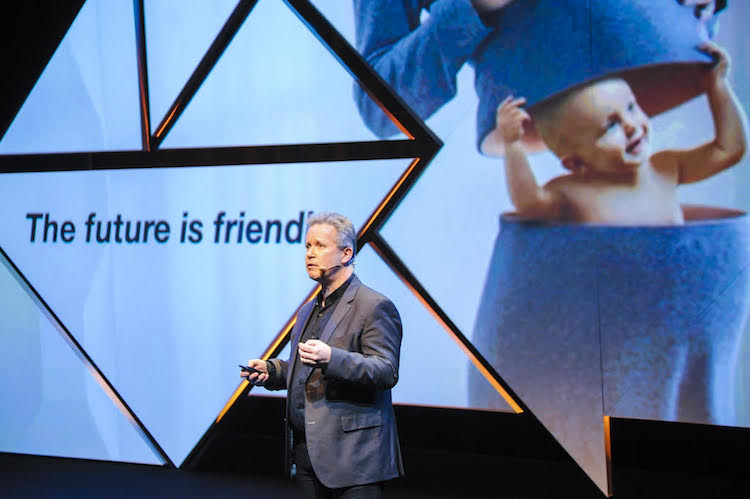 Also an inspirational, bilingual public speaker on healthcare issues, Uwe follows his chosen industry’s trends closely but connects even more closely with people, never forgetting about those in need.

Doubtlessly also inspired by his beloved South Africa, he reckons that LifeinaBox could also have a larger-scale use in rural developing areas, allowing traveling doctors and nurses to treat local population on the spot. And so he has issued a challenge: “I really hope you never need to buy LifeinaBox. But if you do, buy two – one for yourself or your loved one, and one to donate to a person in need.” And if you are fortunate enough not to be afflicted with a chronic condition, Uwe still has another suggestion for you, “You could of course also always store a flask of whisky in the box”… 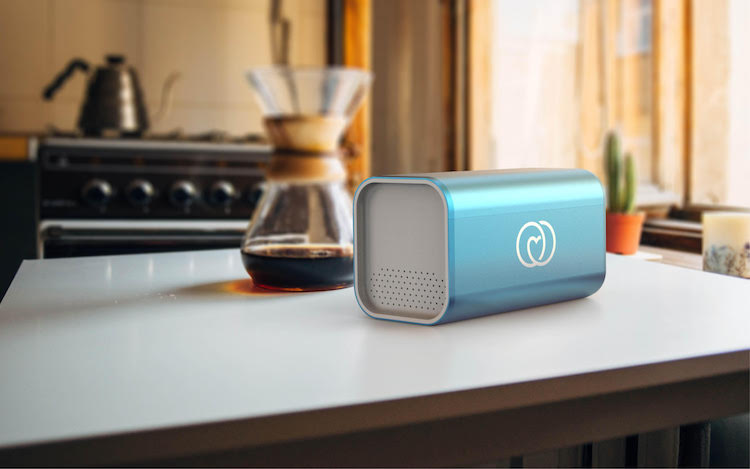