The world’s biggest coffee shop franchise is coming to Nice Étoile this October, with the opening of their second store on the Côte d’Azur.

The Americanisation and globalisation of the French Riviera continues, hot on the heels of the news of the arrival of the Hard Rock Cafe franchise in Nice this autumn.

Starbucks, the globally renowned Seattle-based coffee shop chain, is opening its second store in the region in Centre Commercial Nice Étoile, following on from the one which opened in Cap 3000 in June last year.

Judging by the success of the Cap 3000 store, it is no surprise that Nice Étoile is following suit, further building on the strong international tenant base in the centre after the introduction of the new Hollister store there last February.

Founded by three friends in Seattle’s historic Pike Place Market in 1971, Starbucks has grown to be one of the most respected brands globally, thanks to the vision of current CEO and chairman, Howard Schultz.

The new store in Nice, which will be located on the ground floor of Nice Étoile, will join the other 18,000+ worldwide, further promoting the brand’s mission – to inspire and nurture the human spirit – one person, one cup, and one neighbourhood (or centre commercial) at a time.

In a further recent development, Starbucks in association with Selecta will be expanding its Starbucks Corner Cafés in offices throughout Europe. The Starbucks Corner Café will launch this year in The Netherlands, France, Finland, Germany, Austria and Denmark – other European countries including the UK will follow soon after. 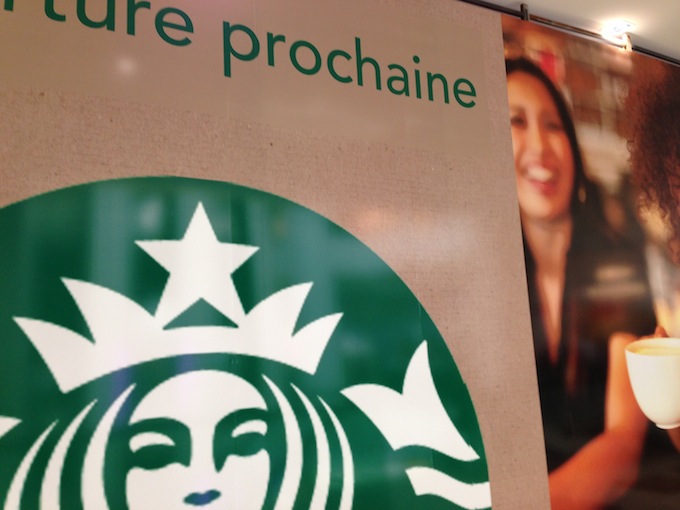