While we enjoy our Christmas trees and decorations, sipping on gin cocktails and champagne and getting in the festive mood, not everyone is able to celebrate the season like we do.

Whether it’s money or circumstance, Christmas is out of reach for a large percentage of the world’s population. For many of us, its also a time to reflect on how lucky we are, and to spare a thought for people who survive on so little, and to wonder how we can help? It is easy to do, with the help of Plan International!

Plan International was founded in 1937 during the Spanish Civil War by British journalist John Langdon-Davies and aid worker Eric Muggeridge. Originally known as “Childreach”, the organization was founded with the mission of protecting and promoting the rights of children, with the original aim to provide food, accommodation and education to children whose lives had been disrupted by the Spanish Civil War. Langdon-Davies conceived the idea of a personal relationship between a child and a sponsor – a model that puts the child at the centre, and remains the core of what the organisation does.

Today, Plan International is truly global, active in over 71 countries, advancing children’s rights and equality for girls. Over the next five years, the intention is to transform the lives of 100 million girls. 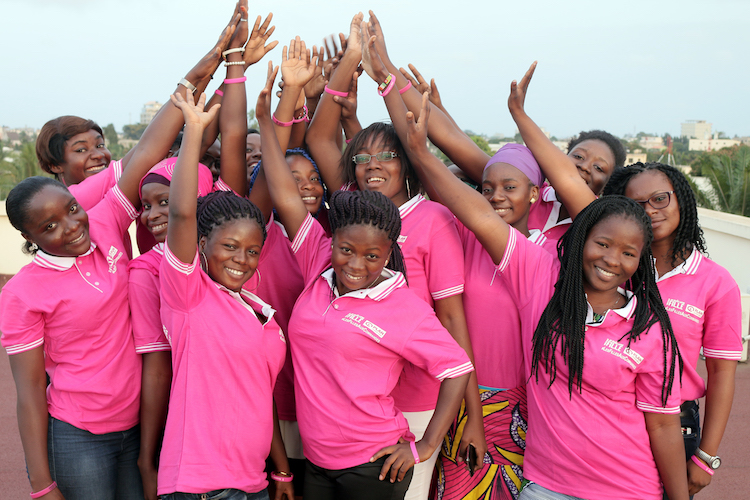 1930s – Plan International was founded as “Foster Parents Plan for Children in Spain.”

1940s – During World War II, the organization became known as “Foster Parents Plan for War Children” and worked in England, helping displaced children from all over Europe. After the war, Plan International extended aid to children in France, Belgium, Italy, the Netherlands, Germany, Greece, and briefly in Poland, Czechoslovakia, and China.

1950s – As Europe recovered, Plan International gradually moved out of these countries and opened new programmes in less developed countries. It became “Foster Parents Plan Inc.” to reflect the goal of bringing lasting change to the lives of children in need, whatever their circumstances.

1980s – Belgium, Germany, Japan and the UK joined Canada, the US, Australia and the Netherlands as donor countries. Plan International was recognised by the Unites Nations Economic and Social Council.

2000s – The name Plan International evolved and a unified global identity was created to help make the organization more easily recognized around the world, and the logo was updated.

2017 – Plan International launched a new “International Global Strategy 2017-2022“, which places an added emphasis on working with girls. The traditional blue logo was updated.

Many years ago, in Hamburg, I read a book by Mario Vargas Llosa about the Hispaniolas and decided to adopt a little boy in Haiti – with the help of Plan. What did I expect? Trendy cocktail receptions? The association made it very clear that their biggest concern is the children, and I was impressed by the flood of information concerning the hard work, the new plans and much, much, more.

I do believe in the trust, transparency, and responsibility of Plan International and am happy to be a part of the big Plan family that ensured that…

– Mothers and babies are healthier.
– Women and youth have gained more economic skills.
– Schools are better equipped and managed.
– Communities and households have cleaner sanitation facilities and easier access to water.
– Girls are more aware of their rights and are better protected from child marriage, trafficking, and traditional harmful practices. 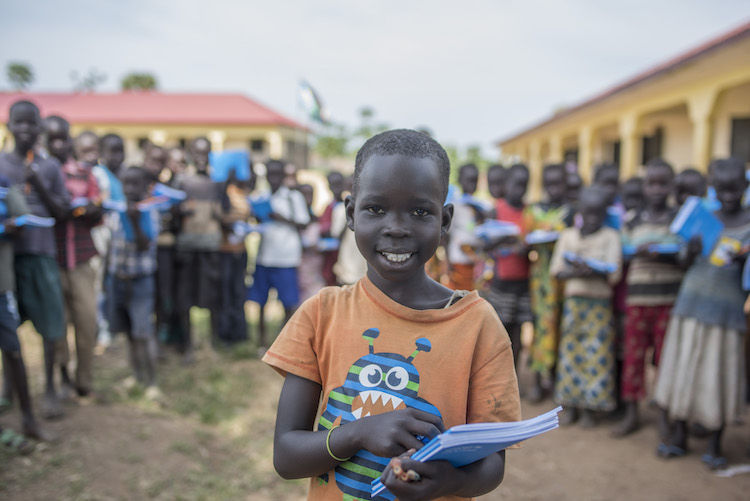 An early Christmas gift from us to you is to invite you into the world of Plan International this festive season, to enrich your family album and personal memories with one of the programmes which give children the possibility of escaping some of the worst effects of poverty. With your help, Plan International can help them access the basics of life that we so take for granted.

All images © and courtesy Plan International; lead image (Children have fun at summer workshop in Cusco) by Richard Bayona (Plan staff); photo of girls celebrating the #GirlsTakeover in Togo by Plan staff; photo of Ajiba with new school supplies by Charles Lomodong