Twenty-two artists from Monaco and around the world participated in this noble cause, each creating a portrait of Mr. Roger in their chosen medium, be it painting, sculpture, illustration, drawing, photography, and multimedia. The art work was inaugurated at a private vernissage at La Crémaillère in Monaco on 13th December.

The following day, H.S.H. Prince Albert II of Monaco also came for a private viewing of the collection of creative portraits. He offered his congratulations to L’Initative Michel Roger, directed by Anett-Patrice van York, and all participating artists, for this beautiful homage. 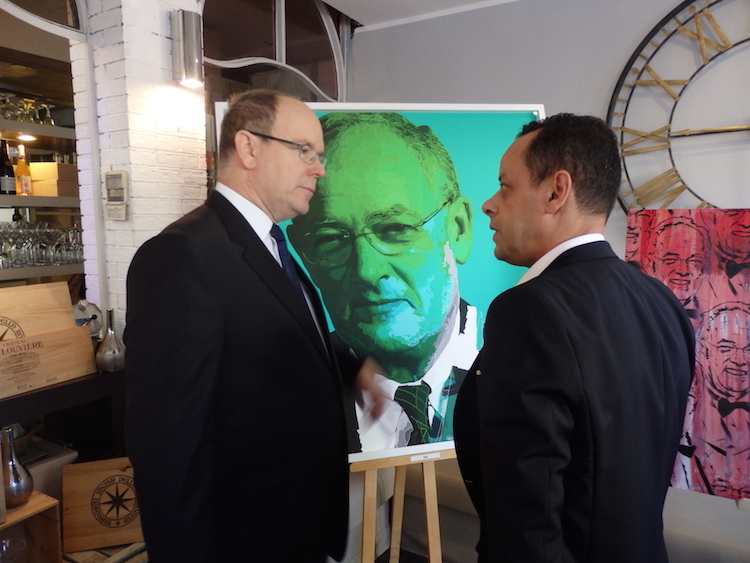 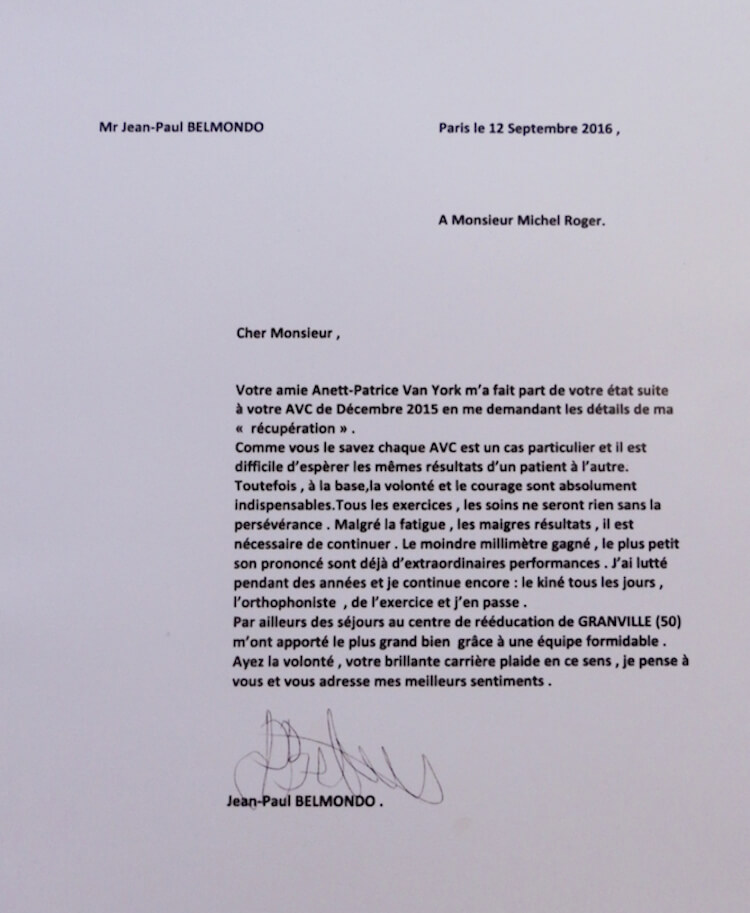 Actor Jean-Paul Belmondo also gave his blessing for the homage, having already written a beautiful letter to M. Roger last September, telling of his personal experiences as a stroke patient. 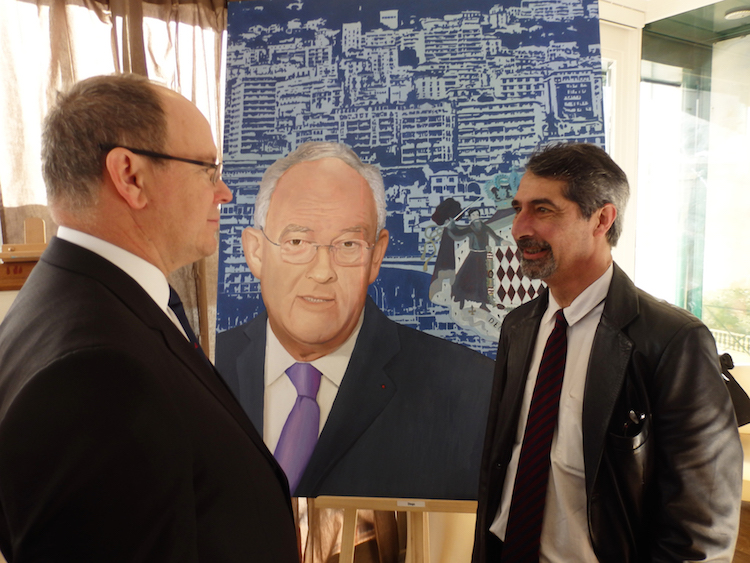 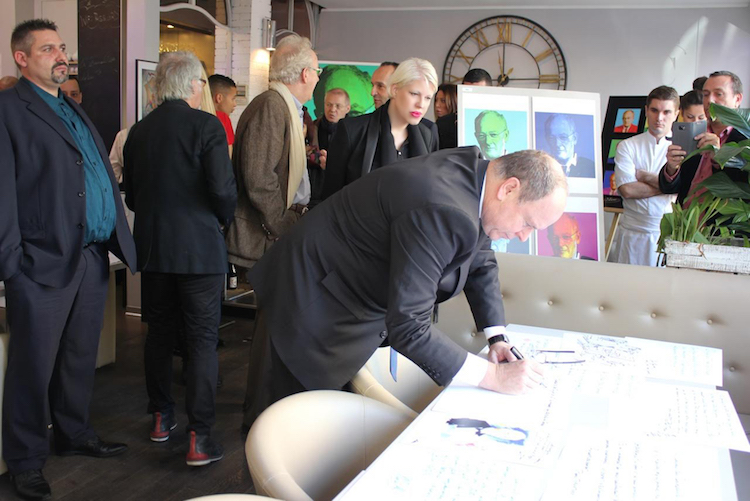 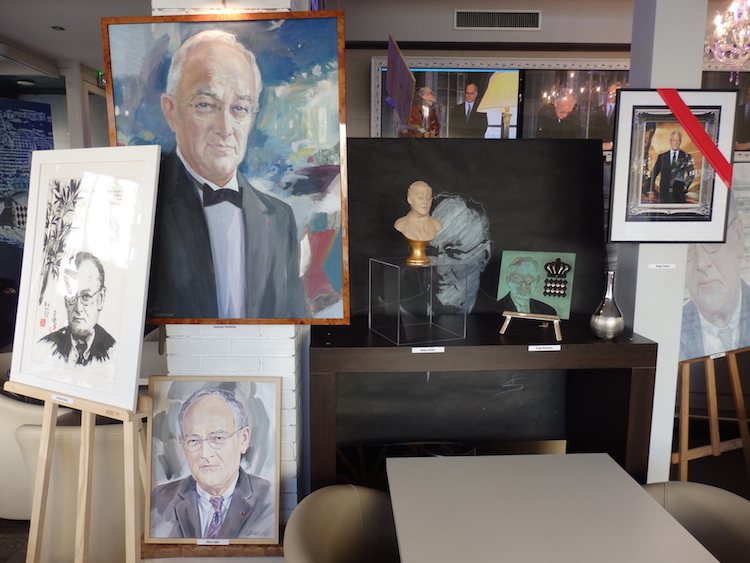 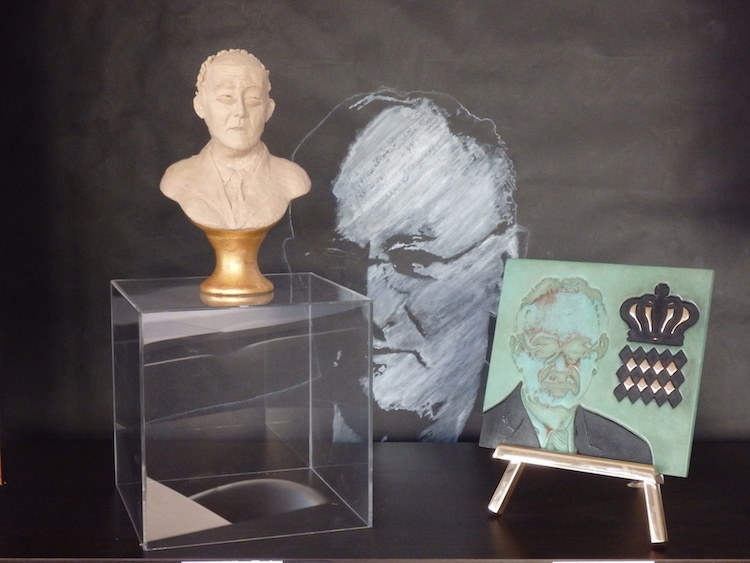 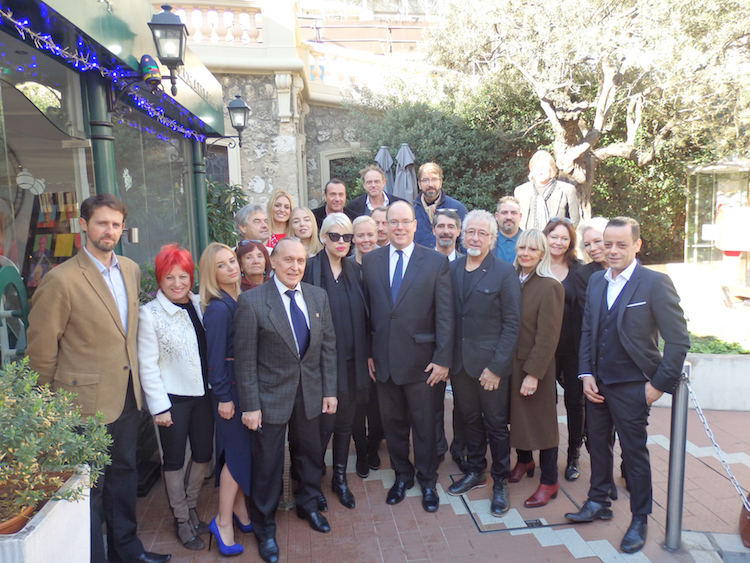 The artist Jean-Francois Gaulthier also very kindly donated a beautiful painting of his ballet dancers as a gift for Mrs. Roger. 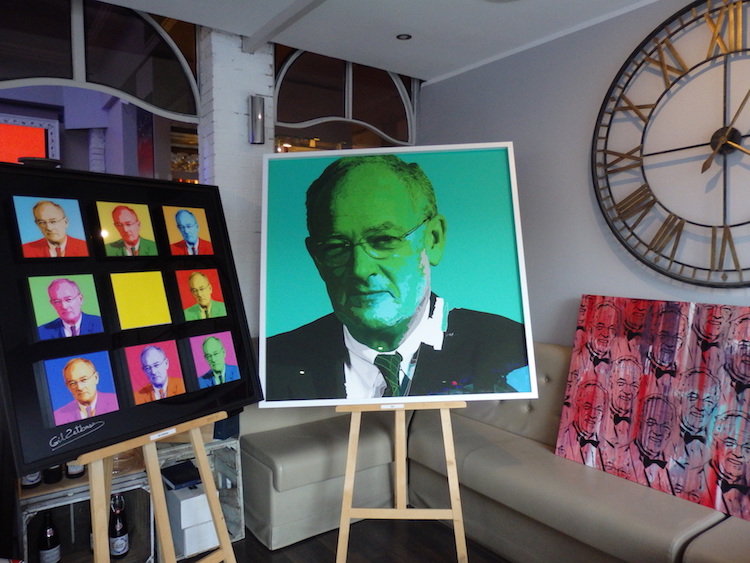 A well deserved homage for a wonderful man, who has done a huge amount for the Principality. He will be coming out of the hospital right before Christmas, but his rehabilitation will continue for quite some time. God bless him!