Celebrating its 60th anniversary, the Cannes Lions International Festival is the place to be for creative communications professionals this June.

Since its inception back in 1954, the Cannes Lions event has set the benchmark for excellence in creative communications. This annual week-long event succeeds in bringing together all the leading minds in the creative industry, both established and newcomers, to challenge and disrupt, debate and maybe even effect change on the global creative landscape.

The festival unites photographers and musicians, videographers and film makers, ad men and women, all experts in their relevant fields, fueling creativity and celebrating all that is good in th eindustry.

There is an impressive line-up of speakers confirmed for this year’s festival, including some major names from the world of entertainment, like Conan O’Brien, Lou Reed, and Sean Combs, CNN’s Anderson Cooper, and actor/musician Jack Black. And the very cool Kid President…we love Kid President! 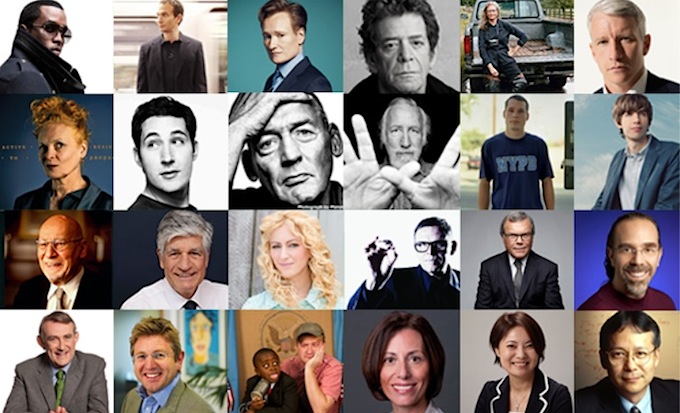 Dame Vivienne Westwood will also be there, representing the world of fashion, but also to participate in the ‘Stories are more than a narrative. And fashion is more than design‘ discussion on Tuesday, 18th June. Local lad Jenson Button will also be in attendance, as will the CEO of Cirque du Soleil, Daniel Lamarre.

You can check out the full programme of events for the week on the official festival website, and they also have an interactive week planner so you can really maximise your time, and not miss out on the talks or workshops that you really want to attend.

Registration is now open for delegates, and is open until 22nd June. There are a number of delegate packages available, ranging in price from €645 for students, up €8,250 for Creative Leaders (we believe that there’s a free glass of wine included with that one…!)

And one of the more important aspects of the festival is the awards, recognising the contributions of those nominated to the world of creativity over the last year. The various award shows take place on the following dates:-