Hillary Barrows, author and screenwriter, has recently moved to Nice after many years in Italy, bringing her sleuthing skills to the French Riviera.

Born in London, Hillary is a published author and screenwriter whose life has taken her down many thrilling but sometimes bumpy roads. A life well-traveled, from the U.K. to Nigeria, to Jamaica, studies in the U.S. and then on to Canada. The road did not stop there. Two years in Spain, five years in Italy, and now France. She’s ready to make the shores of France her home.

“I’m exhausted,” she says. “I adore Italy and I’ve experienced so much but now the suitcases are tattered. It’s time to put down roots.”

A year living in Florence was, literally, a whole new awakening. “Hours spent walking through a city whose very stones breath history and life and a predilection for the Renaissance and whodunnits allowed a light to shine,” she says. 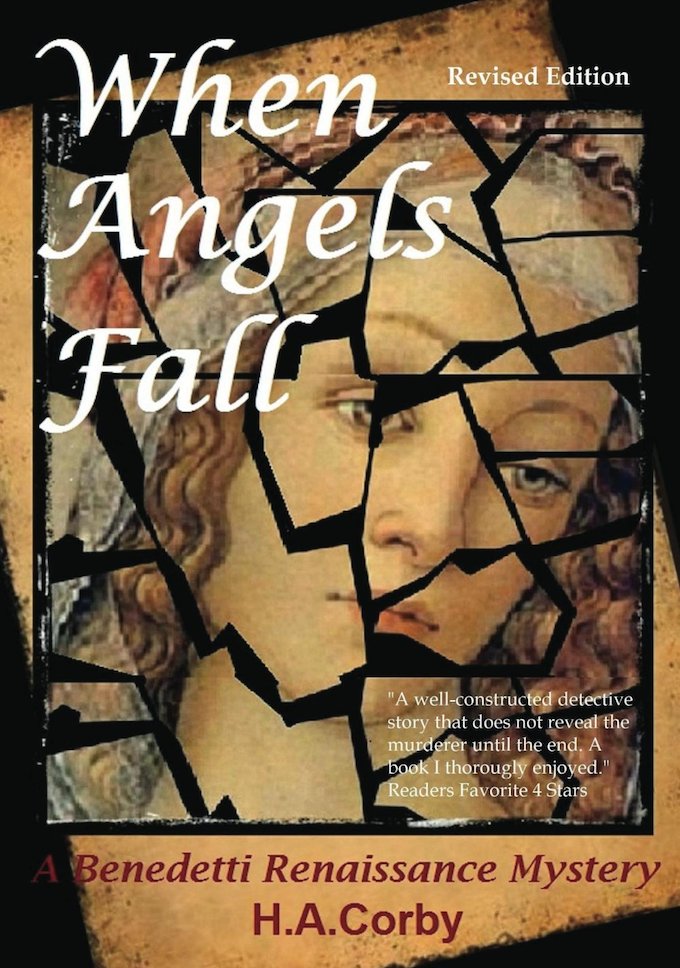 She was inspired to write. In November of 2011 her first historical fiction, When Angels Fall – A Benedetti Renaissance Mystery was born.

Hillary specializes in writing crime fiction in the vein of Agatha Christie, so it was only natural that hours spent mulling over the ever-sharp skilful sleuthing of Sherlock Holmes, the little finicky Belgian Hercule Poirot and his grey cells and of course, one of her favourites, the darling old codger Miss Marple, should lead eventually to a career in sleuthing. She admits to being a slave to the ‘need to know’.

“I have always had this ability to see someone for who they really are, quickly, dissembling them in a moment, sizing them up. I know nonsense when I hear it, I know genuineness when I see it. I avoid self-serving, ‘all about me’, people. The red flags flutter and antagonize much the same way a bull is provoked by the Matador’s cape. This is what makes me good at my job.”

With her passion for observing human behavior and a penchant for research, both necessary for pulling fictional characters from the bowels of imagination, she has combined talent with past experiences – which included working for a lawyer, ‘digging up the dirt’ – years of singledom, go-nowhere dates and exchanging anecdotes with other singles, and parlayed it into a career.

“In hindsight I see how everything fits together now, like a jigsaw puzzle.”

Relocating after 5 years in Italy, she brings a valuable, unique and needed business to the Côte d’Azur. Shadow Investigations is the only one of its kind on the Riviera, perhaps in France.

Her boutique agency, with a soft and discreet approach, provides an essential service for people looking for alternate confirmation/evidence of activities that concern infidelity or premarital inquiries.

As she says, “Knowledge is power and with knowledge one can avoid pain and foolishness.” You suspect … and she will confirm!