To celebrate the centenary of the birth of JFK, famed writer and producer Frédéric Lecomte-Dieu will be curating a one-off photo exhibition “John F. Kennedy 1917 – 2017” in Roquebrune-Cap-Martin.

The exhibition runs from the 15th to the 30th of May at the Mairie in Roquebrune-Cap-Martin, one of the Kennedys’ favourite holiday destinations, and will shed light on the life and career of the most popular American president in history. Just one of the many events that will be organized in 2017 on the French Riviera in honour of JFK!

In parallel to the main exhibition, 100 captioned pictures will be available for 24 hours only on the centenary website. This temporary display will take place on the 29th of May, the actual birthday of the late president.

On the 21st of July, Lecomte-Dieu will present his one-man show, “Dallas ! On a tiré sur le président Kennedy” at the Palais de l’Europe in Menton. For an hour and a half, he will give a voice to some 10 characters, including Lyndon Baines Johnson, Robert Kennedy, J.Edgar Hoover, Martin Luther King, Pierre Salinger, and Richard Nixon, as they pay their respects to the 35th president as his coffin lies in repose in the East Room of the White House.

Lecomte-Dieu has been working as a biographer of the famous clan since 1995, in collaboration with the U.S. National Archives and the John F. Kennedy Library in Boston. His extraordinary work has earned him praise from the highest levels of American government, notably during the 1998 exhibition, “Kennedy – The American Dream”. Since then he has continued to show his extensive collection of pictures throughout the world. The “Generation Kennedy” exhibition in 2001 at the Métropole Shopping Centre in Monte-Carlo attracted nearly 300,000 visitors. He is also regularly invited to speak at conferences, and is usually the first port of call for the French-speaking media each time there is some breaking news concerning the Kennedys. 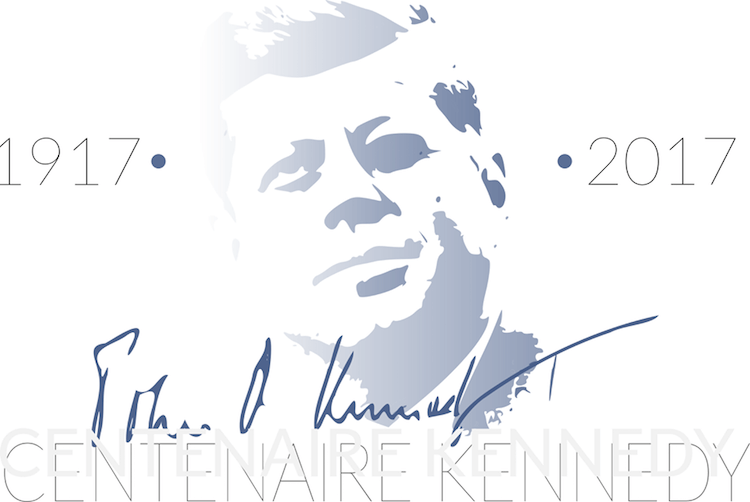