Ivoire Music, the organisation behind the annual Crazy Week festival in Nice, is appealing to the public to help finance next summer’s festival.

Crowdfunding, the collective effort by individuals who pool funds or resources to support a common project or goal, has certainly gained in popularity in recent times throughout the world, as witnessed by the emergence of sites such as Kickstarter.

The French Riviera is no exception, as local concert promoter Ivoire Music is currently seeking to raise the princely sum of €3,500 for next year’s Crazy Week festival from their loyal fanbase. We guess that this is the first in a series of initiatives to raise funds.

The appeal has been launched on crowdfunding site, Ulule.com, with a view to securing funds to ensure a high quality of national and international acts for the fifth edition of the festival next summer. The deadline for donations is the 4th November, 2013. 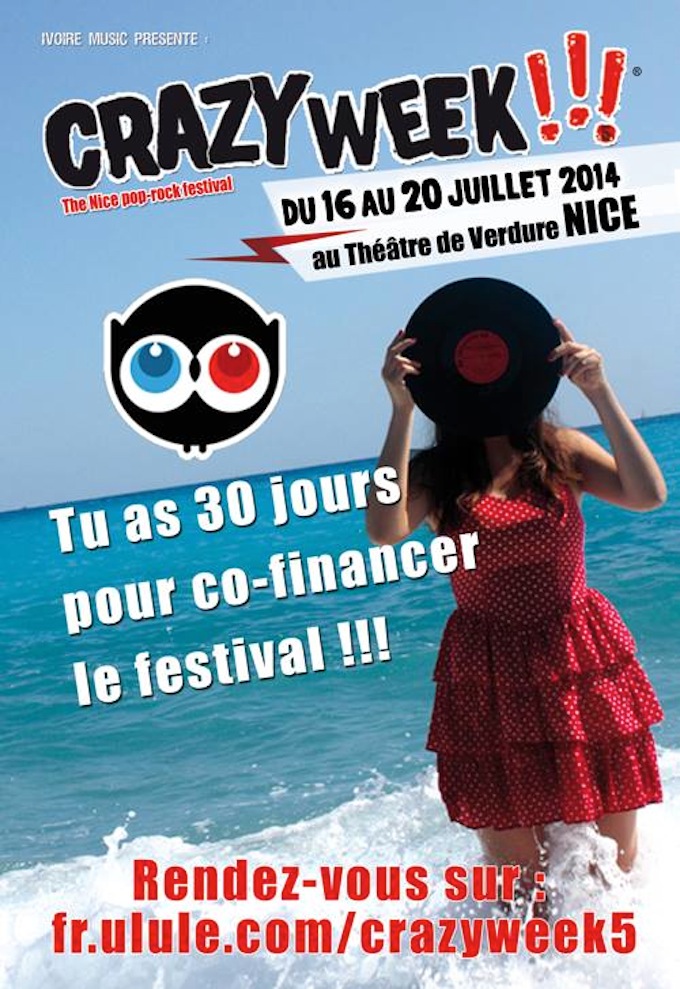 The fifth edition of Crazy Week runs from 16th to 20th July, 2014 — assuming that the necessary funds are in place! Keep watching this space for festival updates.