The Film Capital of Europe paints the town green in honour of St. Patrick this weekend and reveals a well-kept secret

An unmissable festival celebrating Ireland’s patron saint, St. Patrick’s Day has been adopted the world over. To promote the Emerald Isle’s culture and folklore (and to have a nice excuse to partake in a creamy smooth Guinness or three), Cannes organises an evening of entertainment complete with illuminations, dance, music, cocktails and exhibitions. Mayor David Lisnard and Pierre Joannon, Honorary Consul General of Ireland, will kick off the evening at 6.45 pm outside the town hall on Saturday, 16th March, a day ahead of the actual holiday.

From 7pm on, Cannes’ emblematic buildings from the Town Hall to the Church of Le Suquet, La Croisette and the Palais des Festivals et des Congrès, will be bathed in the colours of the Celtic island. New this year, the luminographic projection of Ireland’s symbolic shamrock on the tower of the Musée de la Castre, created by the Italian artist Gaspare Di Caro.

A traditional Irish music and dance performance, a booth with goodies and drinks, and of course good parties at Cannes’ Irish pubs Morisson’s and Ma Nolan’s round out the merriments.

Beyond that, an exhibition will be held in the Gardens of City Hall, shedding light on 21 exceptional Irish women in various fields: voting, science, politics, the arts, humanitarian work and sport. The public can react to their stories with the hashtag #HerstoryHeroine on social networks: a great way to pay tribute to pioneer women in the Irish diaspora.

And… not many people know about this, but at the beginning of the 5th century, Saint Patrick supposedly lived as a hermit in the Lérins archipelago, in the heart of the bay of Cannes, before leaving to evangelize the Celtic island. The Trinity Chapel at the far end of Île St. Honoré is built in the shape of a clover, reminiscent of the one the holy man used to explain the Trinitarian dogma, which would later become the symbol of Ireland. 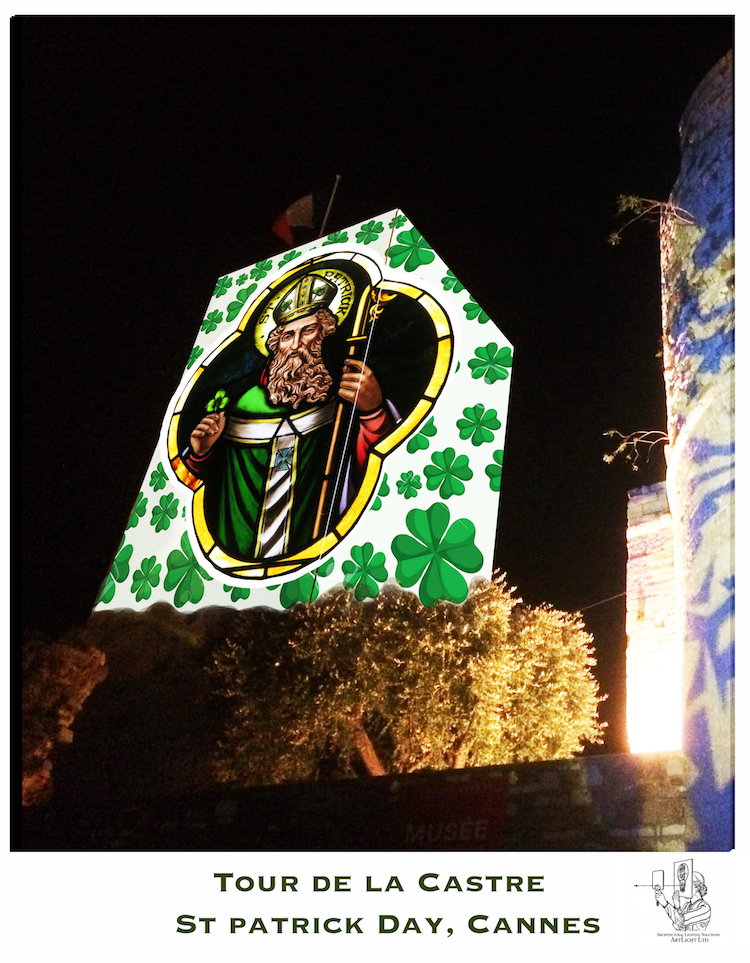 So slip on your greenest shirt, get thee to the centre of Cannes, and (try to) party like only the Irish can. And remember to never iron a four-leaved clover because you don’t want to press your luck.