Magic in the Moonlight, Woody Allen’s latest comedic offering, does a great job in highlighting the beauty of the region, albeit with a 20’s twist.

Woody Allen loves France, that’s a known fact. He is also a jazz enthusiast who every now and then likes to play the clarinet on stage with his New Orleans band. So it should come as no surprise that just a few years after the release of his hit film Midnight in Paris, he chose the French Riviera as the backdrop for his latest movie, Magic in the Moonlight, another comedy drama set in the 1920s, during the jazz age.

Shot on location last summer between the Var and Menton, the film is a beautifully crafted tribute to our region at a time where it was the favorite holiday playground of the wealthy English and Americans. It tells the story of Stanley Crawford, a cynical illusionist (played by Colin Firth), who travels to the South of France at the request of a friend to uncover as a fraud a young medium, Sophie Baker (played by Emma Stone). Crawford is a die-hard rationalist who does not believe in the existence of a spirit world but after meeting Sophie and slowing falling for her, he will start questioning all his beliefs. 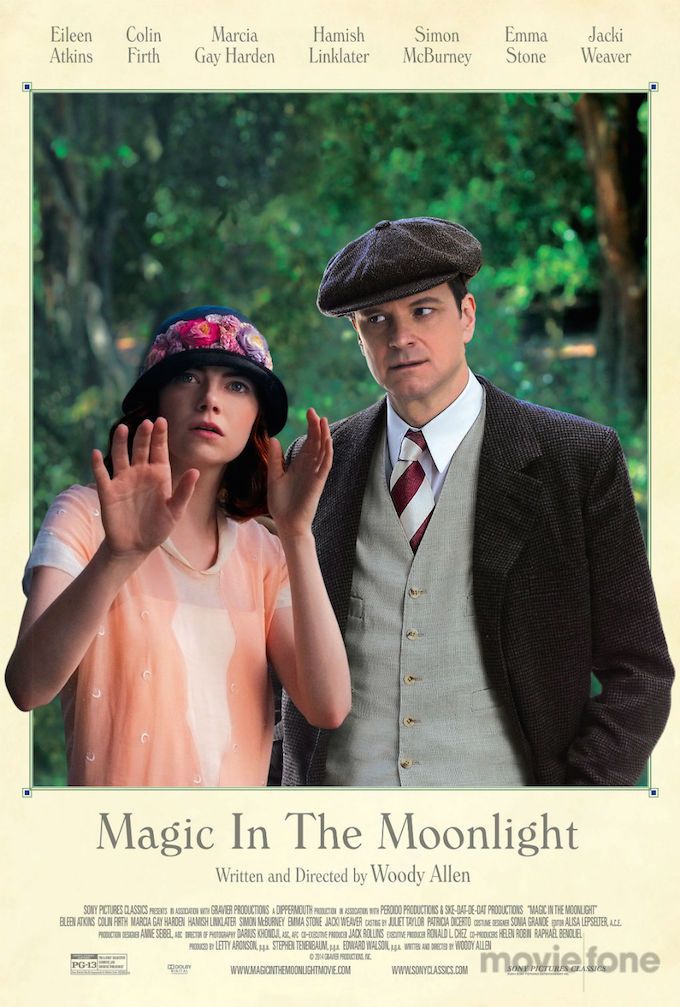 Magic in the Moonlight may not be Allen’s best work and will probably not receive as many rave reviews as last year’s Blue Jasmin, but it is still nonetheless a delightful existential comedy which offers a jazzy soundtrack, a parade of beautiful period dresses and, of course, many amazing shots of the French Riviera.

Allen and his team did indeed a great job to find some unspoiled Belle Époque settings, starting with the Château du Rouët, a lovely vineyard near Le Muy, and the world-famous Eilen Roc on Cap d’Antibes. Some of the interior scenes were shots in the Nice observatory and in the Hôtel Belles Rives in Juan-Les-Pins, where F. Scott Fitzgerald penned Tender Is the Night, and where he and Zelda partied with the couple who reportedly inspired the book’s famous characters, Nicole and Dick Diver. Meanwhile, the lovely seaside scenes between the two main protagonists were filmed in the red rock Esterel beaches.

Provence-Alpes-Côte d’Azur (PACA) reportedly invested €200,000 in the film. After seeing the movie, it is clear that the region could not have dreamt of a better marketing campaign to draw even more tourists to these shores.