The summer on the Côte d’Azur is definitely hotting up, as is the Nice Jazz Festival, and the second night certainly did not disappoint.

It was nearly 10:30 pm, on the second night of the Nice Jazz festival…The evening was getting hot – nearly 30°C – the place was jammed packed and some people were getting worked up – “tall people in the back!” – but then Ben Harper and Charlie Musselwhite came up on stage and all was forgotten. For a little bit more than an hour, it was pure bliss!

This duo really worked as there is much more than just mutual admiration between the Granny-winner- guitarist Harper and the blues harmonica legend Musselwhite, there is a great chemistry, each perfectly complementing the other with his own musical style.

The two artists had already worked together in the past, notably on one of John Lee Hooker’s last recordings, but waited more than a decade to release earlier this year their first collaborative effort, the album “Get Up”, which they are now playing live around the world. 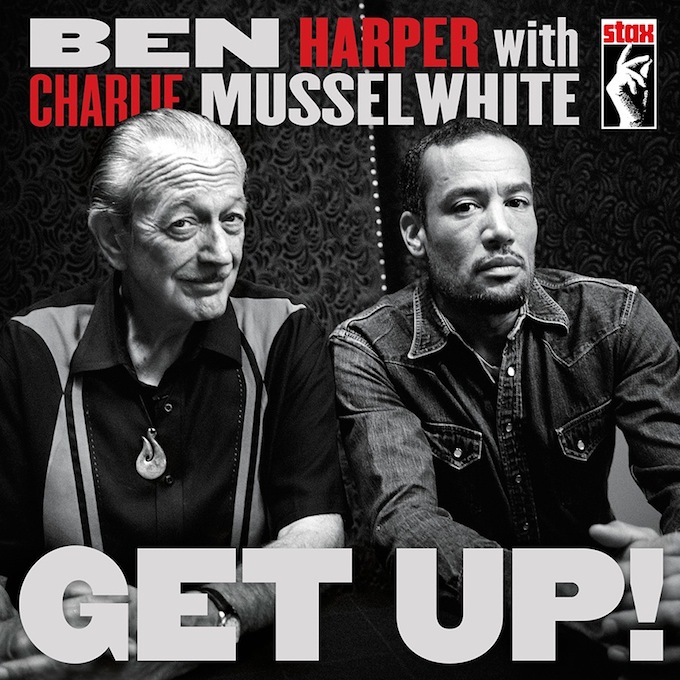 Alternating nicely acoustic blues rythms and soul ballads, they played mostly songs from that album as well as some pieces from the two artists’ respective careers, and if the youngest members of the audience may not have been too familiar with Musselwhite, it did not temper the mood. After just a few songs, everybody seemed under the spell.

Earlier in the evening, the relatively unknown Lianne La Havas also charmed the audience. Performing songs from her first full-length album “Is Your Love Big Enough”, the young British singer/guitarist offered a refreshing live show, helped by a soulful voice, catching songs, a nice sense of humour and a funky wardrobe.

Over at the Théâtre de Verdure, the acclaimed rock and pop drummer, Manu Katché who has worked with artists such as Sting and Peter Gabriel, showed a more mellow side of his work and accompanied by talented musicians provided a nice smooth jazz atmosphere for what would turn out to be a delightful evening of music.