Stepping inside the gates of the private estate Villa Santo Sospir on Cap-Ferrat, you are embarking upon a very unique lesson in art history.

From the moment I received the invite to visit Villa Santo Sospir I knew this was going to be something special.  In fact, I have held off writing about the villa for over two years because, quite frankly, it felt like one of those secrets you just wanted to keep for yourself.

The legendary Villa Santo Sospir was owned by the socialite Francine Weisweiller and her husband Eric, who spent most of his time in Paris with his mistress. After Francine’s death in 2003, it was passed down to her daughter Carole, but in order to avoid the huge inheritance tax and because of nature of the villa, it has now been classified as an historical monument.

The idyllic setting, located on the southeastern tip of the exclusive Saint-Jean-Cap-Ferrat, close to the landmark lighthouse on the peninsula, is somewhat in contrast to the non-traditional activities held back in the day with a house consistently full of family and friends. If you are an art history buff, you will love to hear the juicy details of an interweaving group of friendships installed in the villa. These friendships brought not only lots of love and creativity, but also jealousy and sometimes even volatility. 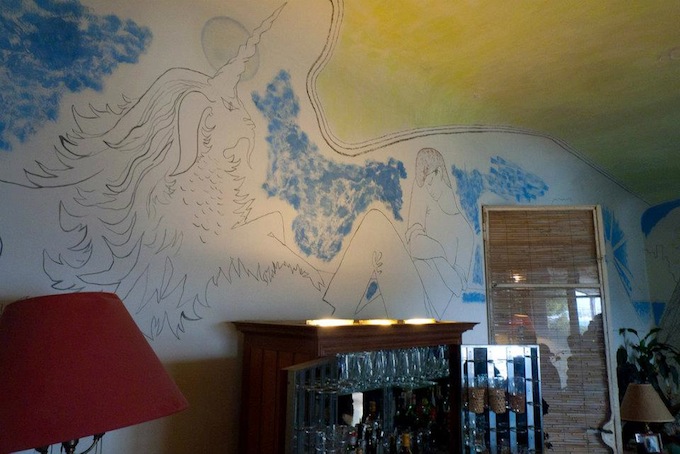 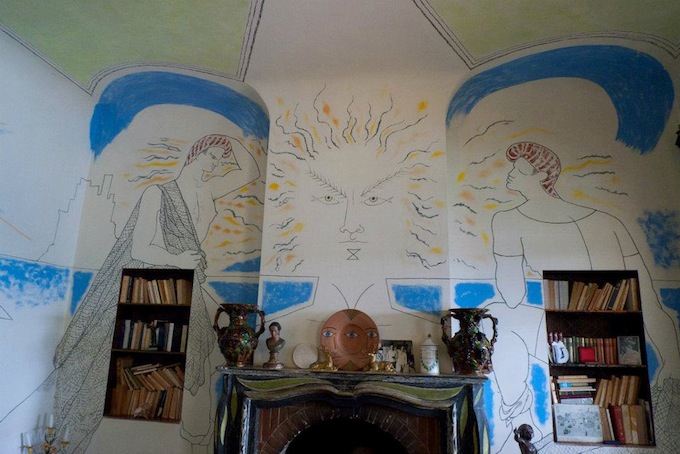 Property manager Eric, who started off being a nurse for the late socialite long before her death, has continued to live in the villa as the entrusted caretaker and guide to this day. His love for the place truly shines through in how well it is maintained and he will patiently guide you from room to room, telling you stories about the wild parties, from those in the art world to the sometimes sad and lonely times of Francine.

As part of the story goes, in the Spring of 1950, Francine Weisweiller invited the artist Jean Cocteau to the villa for dinner and basically he and his handsome boyfriend (otherwise known as his “adopted son”) Edouard Dermit ended up moving in and staying for 13 years. Initially Francine’s villa was painted all white inside. Looking at it like a canvas, Cocteau offered to do a drawing over the fireplace in the main living room. Over time the whole house ended up like a piece of art, mosaic flooring, walls and even the ceilings were covered with his work and all in representation of the individuals and the lives they were leading there to the point Cocteau nicknamed the villa “the tattooed house”. 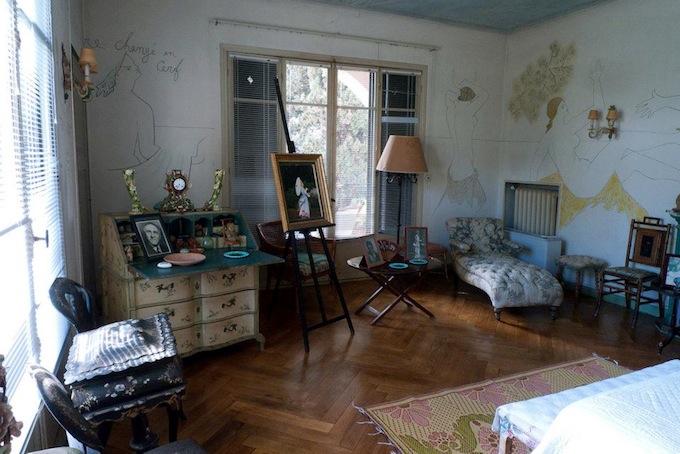 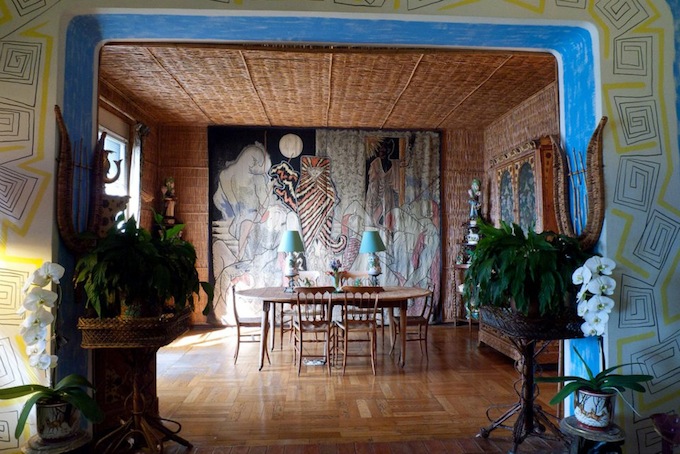 Here it seemed Cocteau was able to experiment with his art (it didn’t hurt to have the financial backing of Francine either); he even directed a film at this location titled, “La Villa Santo-Sospir”. Over the years many famous notables such as Marlene Dietrich came by (who ignored Francine on visits and only spoke with Jean), along with Greta Garbo (who apparently said very little), Coco Chanel (drinking companions) and even Pablo Picasso was a regular visitor.

When I was being shown around, I was told that during one of the big parties in the villa, Picasso was upset that Jean Cocteau was allowed to do his art work all over the house and he thought he should be given areas to do as well, so he took it upon himself to start with the fronts and backs of the doors, also leaving behind some of his ceramic pieces as well. That story was tame, but there are many fascinating stories about sex and drugs to go with living a life of leisure in the villa, but I don’t want to divulge all the intriguing details and secrets, just to suggest if you are in the French Riviera, Villa Santo Sospir is well worth the visit.

From my understanding Eric doesn’t take huge groups on a tour of the villa, which is a good thing. I would advise you to set up an appointment ahead of time – this is a very special, private tour, so don’t expect to just show up at the estate (which is protected) and be let in.

Meeting with Eric is a story within itself, he is very generous, caring and will make sure that you get the most from your visit. He can be contacted for visits to the villa through the official Villa Santo Sospir website.