A splendid villa overlooking both the Mediterranean and Cap-Martin, uninhabited since 2007, and recently acquired by the House of Chanel.

88 years after one Gabrielle « Coco » Chanel purchased the land to built her dream vacation home, La Pausa, the House of Chanel has acquired the property and after renovation work to restore the villa to its original spirit, the famed fashion house is planning to dedicate the place to the brand and its values. The villa is the only of her houses that Mademoiselle had specially designed, built and decorated for her.

Chanel fell in love with the French Riviera during the 1920s while vacationing in the company of the Duke of Westminster with whom she had a long affair. Together, they commissioned architect Robert Streitz to build a villa in their image and likeness. So, while the duke’s bedroom was somber, Coco Chanel’s suite was full of colour, decorated with a pink canopy, mirrors and chandeliers. It was furnished in a simple and modern way and had many references to the architecture of Aubazine, the former abbey transformed into an orphanage where Chanel spent a large part of her adolescence.

In La Pausa the couple would welcome some of the biggest artists of the time such as Jean Cocteau, Serge Lifar, Salvador Dali, Pierre Bonnard and Winston Churchill.

In 1954, following the Duke of Westminster’s death, Mademoiselle sold the villa fully furnished to Emery Reves, an American writer and publisher, who kept much of the decor in its original condition but brought a new burst of life back to the residence inviting friends such as Greta Garbo and Jackie Onassis.

The villa has however always held an important place in the fashion designer’s life and one of the perfumes of the collection Les Exclusifs is even called 28 La Pausa, with is not only a reference to this special place, but also to the year in which its story began. 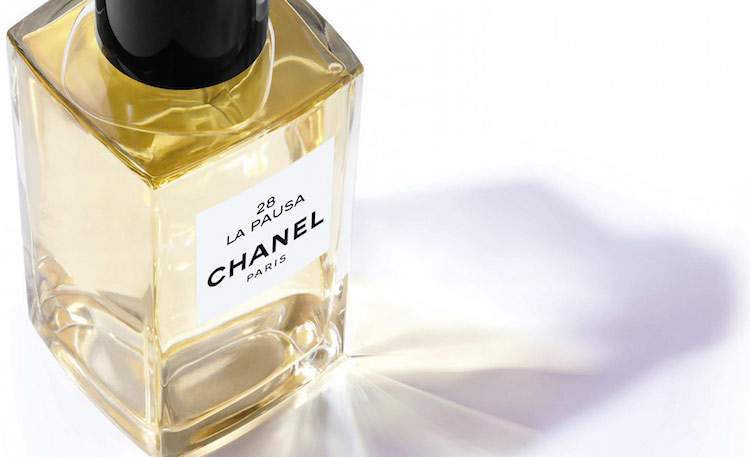