Did you know that American jazz musician Cole Porter, German writer and philosopher Ernst Jünger, British multimillionaire businessman Simon Murray, Belgian film maker Dominique Vandenberg, and French right-wing politician Jean-Marie Le Pen all had one thing in common? They, and many others who would later go on to become famous (or notorious), were all soldiers of the French Foreign Legion.

A lot has been said about the Légion Étrangère since its foundation in 1831, and some things are truer than others. Its swashbuckling reputation, which goes back to its origins when it was mostly made up of rough mercenaries, seems to stick like glue. But romantic lore and urban legends aside, in its modern form the Legion is a highly trained international army on a par with the U.S. Navy Seals or the U.K. Special Air Service, whose elite soldiers frequently walk into the world’s most dangerous conflicts without batting an eye. While previously all applicants were accepted, regardless of background and history, today a rigorous selection process weeds out those on the run from law enforcement or with a serious criminal record. Nationality is no criterion, but strict adherence to the Foreign Legion’s core values is non-negotiable: Tolerance, loyalty, and discipline are iron principles and the backbone in this band of volunteers from almost 140 different countries. This elite corps is not for the faint of heart, mind, or body: it demands a lot of its members, but it also knows how to give back: it never leaves a man behind, no matter what. It takes exemplary care of its veterans, especially injured ones, and provides them with career opportunities after retirement from active service. This mutual team spirit and loyalty is known by Esprit de Corps. 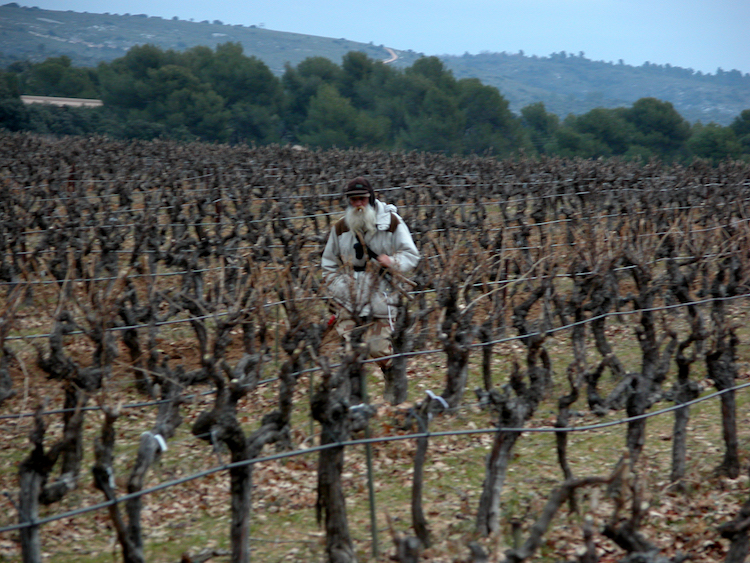 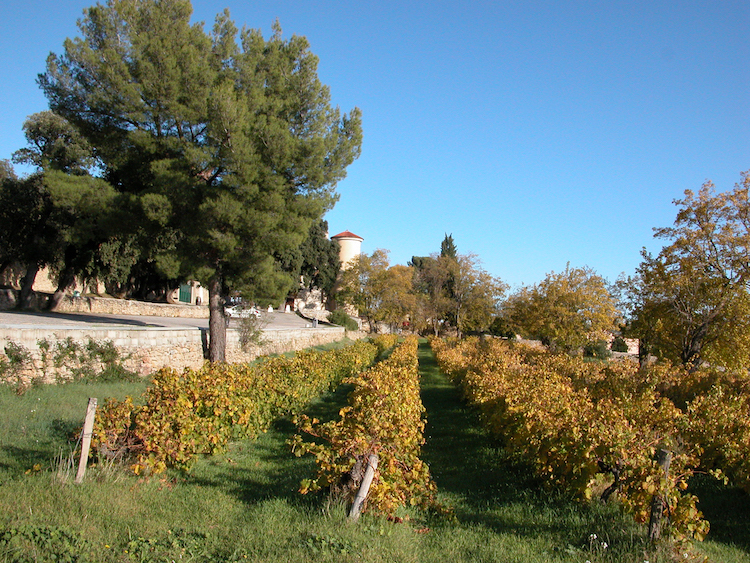 No wonder therefore that Esprit de Corps has also been chosen as the name for the flagship wines the Legion produces in one of its most remarkable veteran-staffed programmes. Aptly located at the foot of the picturesque Montagne Ste. Victoire, not far from Aix, the small community of Puyloubier is home to a retirement facility for about 100 injured and able-bodies Legionnaires. And it is a not-so-well-kept secret that they own and work an adjacent 40 hectare (99 acres) vineyard, which yields a rather good red, white, and rosé Côtes de Provence.

The domain, named after Captain Danjou, the heroic officer leading the legendary battle of Camarón, was originally created in 1954 to provide for veterans injured or disabled in the first Indochina war (1945-54). Since then, the vineyard and winery has been constantly exploited and operated, evolving from 10 to 40 hectares.

The wine the Institution des Invalides de la Légion étrangère (IILE) makes here at Puyloubier has found praise with consumers and critics alike. Grape varieties are grown in harmony with the soil: the great Mediterranean classics, Syrah and Grenache, are the foundation of red wines, occasionally cut with a tad of Mouvèdre. Rosé wines are mostly made from Grenache, Rolle and Cinsault, and whites from Rolle. The entire process is handled here, from the planting of the seedlings to the bottling. Everyone who works here has a role here that suits their experience and temperament, from the field work to providing expertise or running the onsite boutique. In 2007, expert vintners from Bordeaux were brought in to advise on optimising quality and yield, which has since steadily improved. With a life span of up to 65 productive years, vineyards already have to be prepared for the next generation, an aspect which is also strategically important for the longevity of this vet care programme. All this has allowed the facility to grow its production almost tenfold in a half century, from just 240 hectolitres in 1965 to 2,033 hectolitres in 2016.

Revenues from the sales are reinvested to steadily grow and improve the estate but also into the upkeep of the veteran care facility. The residents contribute as best they can, through work or modest financial contribution from their pensions. But no man is ever left behind, that is the Legion’s iron-clad motto:

Whatever the Legion does, it does it well – it is a fundamental of its modus operandi – and this wine bears witness. There is a good variety of products here, and the price is rather moderate for such good quality. While the very drinkable table wine AOC Classique Rouge sets you back by the modest sum of €4.50, the full-bodied Esprit de Corps Rouge Grande Cuvée is a wine you will proudly serve discerning guests, and a steal at €7.00. The whites generally are easy-going fellows that perfectly accompany Mediterranean fish and seafood dishes, and the rosés have a hearty, solid note of the sun-drenched Provençal soil they come from … pulling their weight as a perfect, versatile apéro wine but light enough for poolside sipping. Check out the full wine list.

The wines can be ordered online but next time you find yourself in the area, you might want to plan in a detour to Puyloubier to check out the onsite boutique. There, you can of course sample the wines but also find a wide variety of items and products related to the Légion Étrangère. Your purchase demonstrates your good taste in wine just as much as your appreciation of the invaluable work of this army which defends the most endangered groups of people in the world, and steadfastly supports its veterans where other countries turn their backs on them … in other words, you show your Esprit de Corps.