Long before “My Octopus Teacher” became an Academy Award-winning documentary… long before people considered octopi as more than just a good seafood dinner… Fabien Martinazzo, a 37 year old diver and underwater photographer from Antibes, had already fallen in love with the species. And not just with them but with many other representatives of the extraordinary diversity of the local marine fauna. He had made their acquaintance over years of freediving in the Mediterranean waters just off of his hometown. And he generously shares his experiences and encounters on social media through stunning close-up photography on a black background.

The quality of his photography is extraordinary but Fabien is not a professional. In fact, he has one of the most demanding daytime jobs you could have these day – working as an ER nurse at the hospital in Grasse. He does not even have high-end equipment to pursue his diving and underwater photography hobby – a simple compact Canon G16 does very nicely for him. Neither does he dive with any gear but he is simply powered by the strength of his own lungs. And he wouldn’t have it any other way. “Anything else would disturb the animals underwater,” he explains. 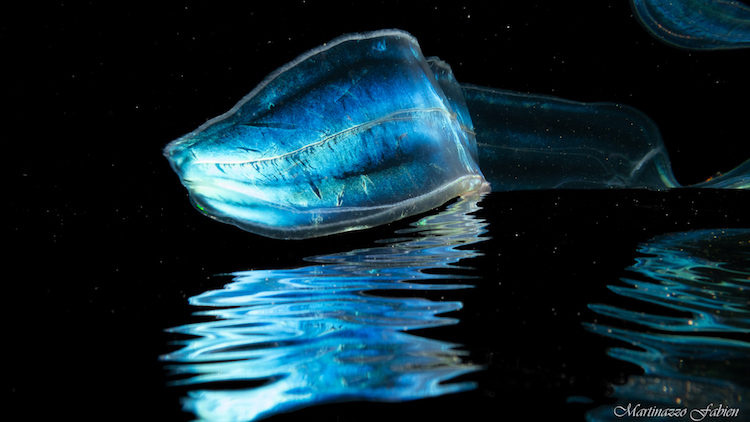 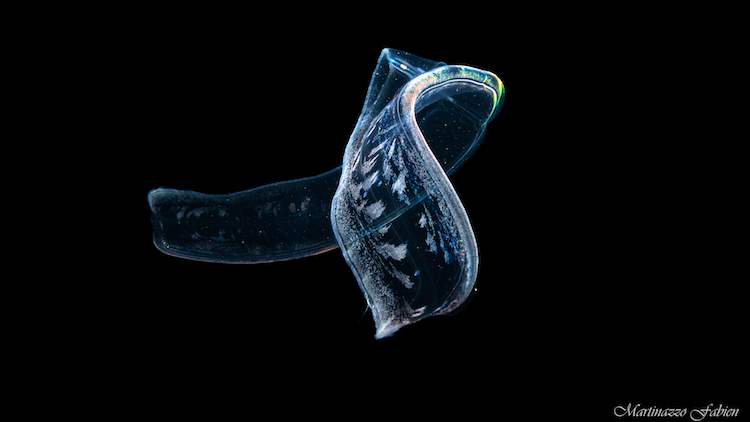 And the animals underwater, that’s what Fabien is really interested in. Growing up in Antibes, with the Mediterranean at his front door, he discovered Neptune’s realm when he was about six or seven, and was fascinated by it ever since. “Le Grand Bleu”, the 1988 French cult movie about two freedivers’ rivalry, cemented his passion once and for all. Famous French underwater photographer, videographer, and biologist Laurent Ballesta also fuels his passion.

“Right below the surface, and in as little as a depth of 4 metres, there is an amazing abundance of marine wildlife specific to these waters,” he tells us. Freediving, simply equipped with his mask, fins, and of course his camera, means that he can only spend two minutes at a time underwater but with patience, respect, and care, the marine dwellers become used to the presence of this weird human-shaped “fish”. Among the population Fabien encounters, are food and predator fish, jellyfish, ctenophores, and the turritopsis dohrnii medusa. This latter, the size of half his pinkie finger, has the distinction of being biologically immortal, making it currently the subject of biological, aging, and pharmaceutical research. 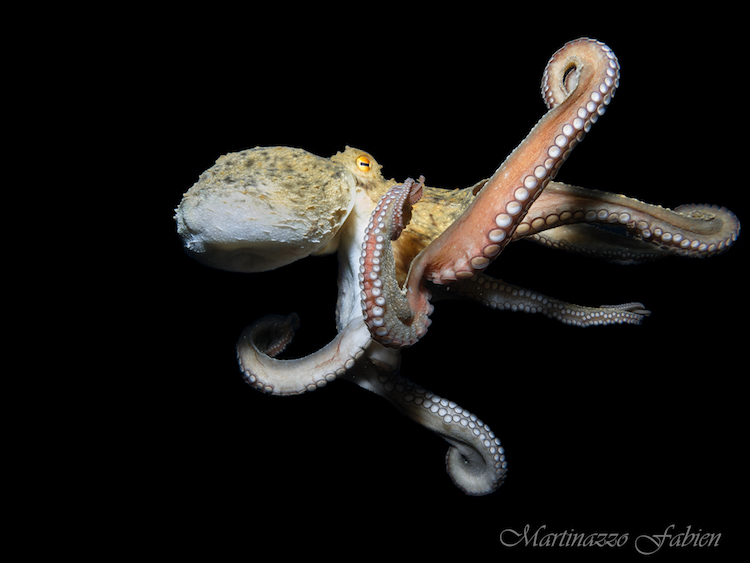 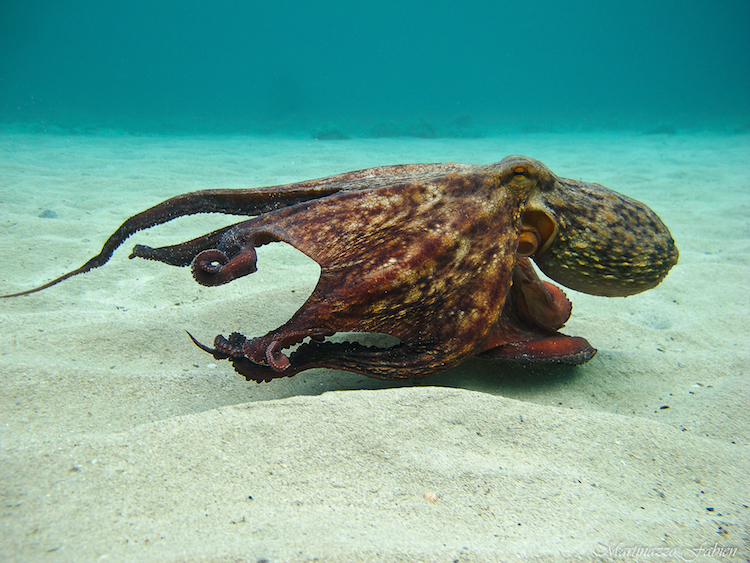 But Fabien’s favorites are octopi. “They are incredibly intelligent and very curious, and surprisingly, they really like to snuggle up to you,” he says. He has learned how to identify their hiding spots, and has even managed to make friends with one of them who wrapped itself around Fabien’s arm in quest of a cuddle. “I have dived in many seas around the world – the Philippines and Polynesia were stunning. But what most people don’t realize is how spectacular and diverse our own Mediterranean waters are.”

Diving is Fabien’s way to decompress from his stressful job. The pandemic was e especially hard on him – as a healthcare professional but also not being able to dive due to the lockdown. But the confinement also had its upside. “There was a noticeable change in the water after that time. A lot more octopi, a lot less trash.” 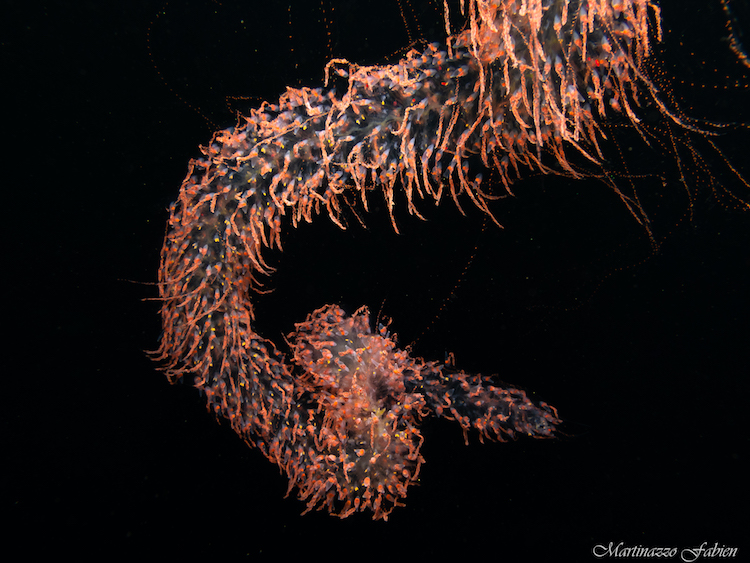 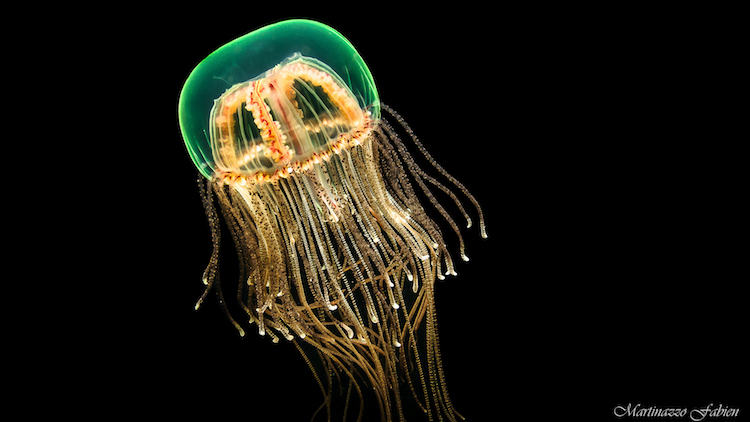 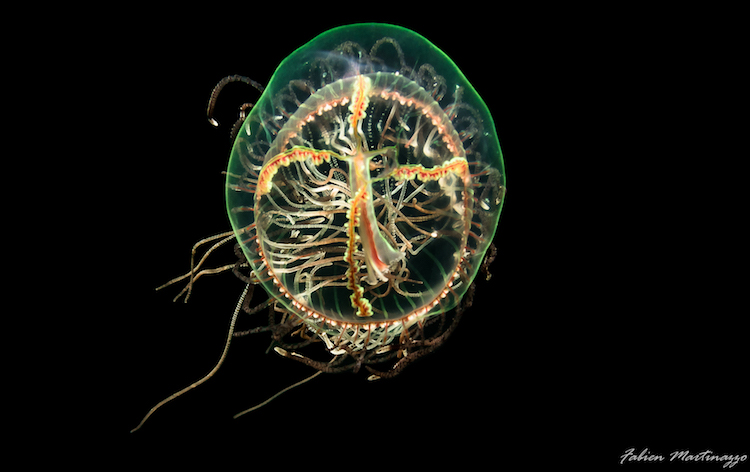 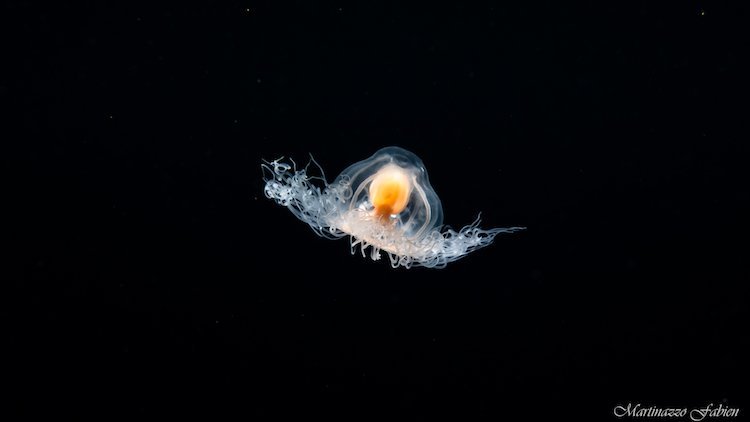 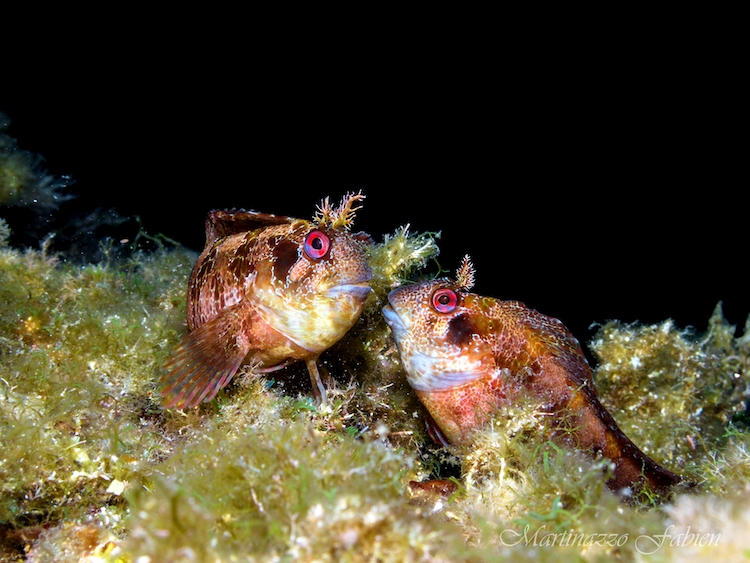 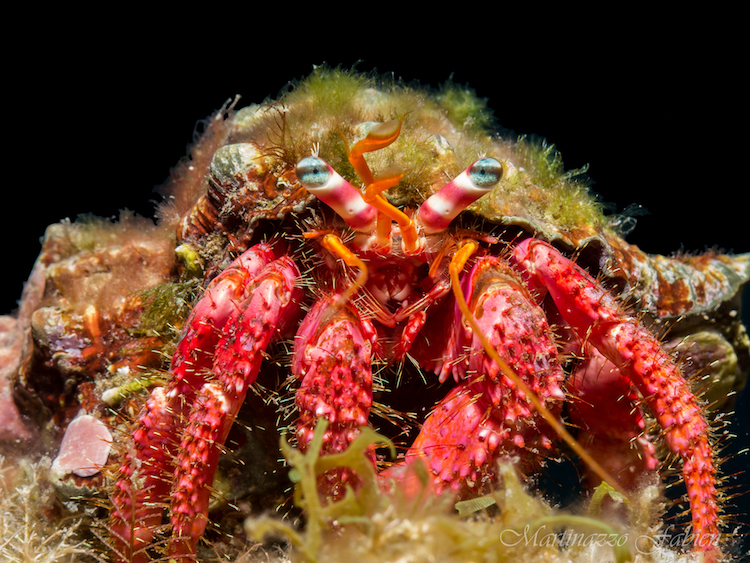 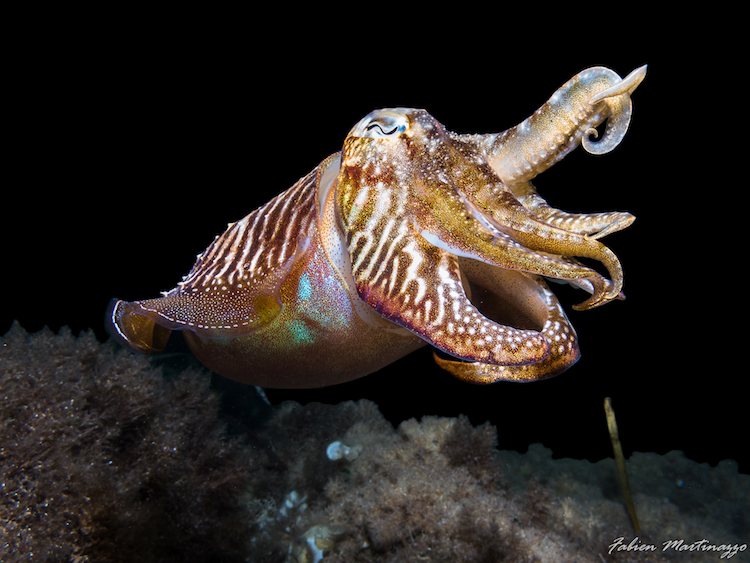 He loves what he does but if he were to choose another career he would follow his calling for marine photography. Not just because he loves to meet and greet the marine populations or because he has already won awards for his work. What he would really like is to show his photography in an exhibition to create awareness for the rich beauty of the underwater world and a desire to preserve it and keep it free of litter.

While Fabien Martinazzo’s work has already won an award has not exhibited yet – “I wouldn’t know where to begin to organize a show!” – but it can only be a matter of time until word of his ample talent reaches the right person… on the French Riviera or elsewhere. In the meantime, follow him on social media: Instagram | Facebook

All photos courtesy and © Fabien Martinazzo