Over 70 works from the Hermitage in St. Petersburg, including 20 paintings by great sixteenth to eighteenth-century Venetian masters, return to Venice after centuries

These works will appear alongside drawings and paintings from the Venetian civic collections, revealing shared aspects of collecting history between Venice and St. Petersburg. Veronese, Titian, Tiepolo, Canaletto and Guardi. Works never before displayed in Italy and which indeed in some cases have never left the Hermitage will be on show in Mestre, including two newly- attributed Carlevarijs and a singular late work by Jacopo Tintoretto that has never before been exhibited.

For over three centuries, there has been a common thread that has linked Venice to St. Petersburg, two cities reflected in water that have had numerous points in common over the years. This thread has created a weft made of architects, musicians, artists, princes, merchants, ambassadors and hundreds, if not thousands, of works of art that left Venice and the lands of the Serenissima, following different routes and undergoing various vicissitudes, to reach Russia and the magical city born at the behest of Peter the Great. 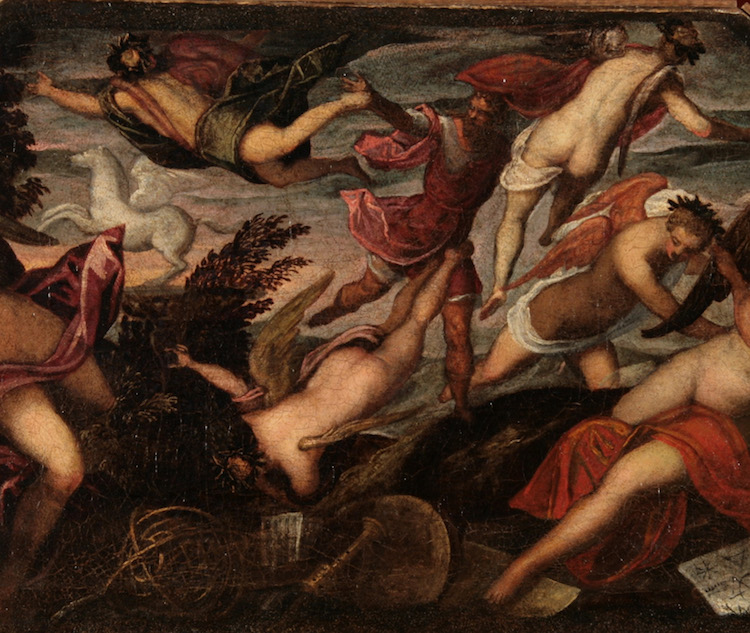 Today the State Hermitage Museum holds one of the richest collections of Venetian art in the world and the formation of this collection is one of the most fascinating chapters in the history of collecting, one that is still able to surprise us with new and extraordinary discoveries.

To reconnect the threads of the relationship between the two cities, to tell the thousand stories underlying their collections, and to bring – albeit temporarily – some of the Venetian masterpieces that emigrated to Russia back to their place of origin, an exciting exhibition has been arranged, made possible thanks to important collaborative agreements signed a few years ago by the two cities and jointly organised by the Fondazione Musei Civici di Venezia and the State Hermitage Museum, with the collaboration of Ermitage Italia. 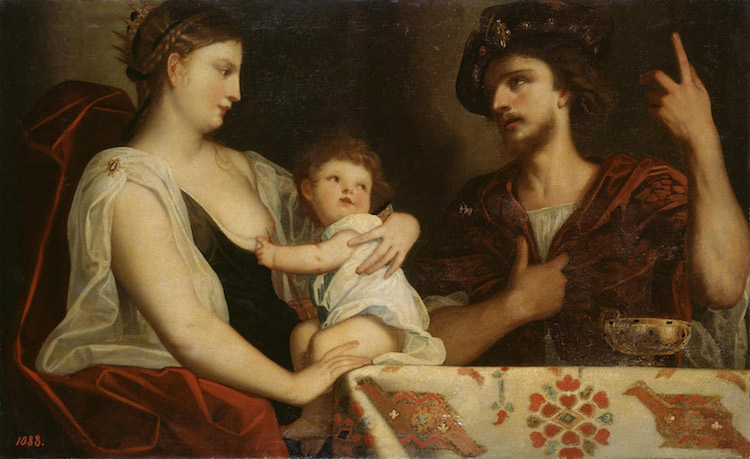 “Venice and St. Petersburg. Artists, princes and merchants”, curated by Irina Artemieva and Alberto Craievich with the scientific direction of Gabriella Belli (hosted in Mestre at the Centro Culturale Candiani, running until 24 March) documents not only the means by which the art of the Serenissima came to the Russian museum, but also examines cultural links between the collections of the two cities that reveal shared aspects in the history of collecting and perhaps of destiny. The exhibition benefits from a loan from the Hermitage of seventy sixteenth to eighteenth- century paintings and drawings by great Venetian masters which in some cases have never been exhibited before; they are displayed here in dialogue with works from the collections of the Venetian civic museums.

The second exhibition, FUTURUINS, features over 250 artworks, 80 of them coming from the State Ermitage Museum, from antiquity to contemporary art, to reflect on the sense and meanings of ruins; on the building of the future, being aware of its inescapable links with the past.

As a result of the collaboration between the City of Venice, the Fondazione Musei Civici di Venezia and the State Hermitage Museum of St. Petersburg – strengthened by the agreements signed in recent years and the presence of “Ermitage Italia” in the lagoon city – and following Dimitri Ozerkov’s proposal, Palazzo Fortuny will be hosting the “Futuruins” exhibition, also running until 24 March.

Curated by Daniela Ferretti and Dimitri Ozerkov with Dario Dalla Lana, the exhibition reflects on the theme of ruins: an allegory for the inexorable passage of time, always uncertain and changeable, disputed between past and future, life and death, destruction and creation, Nature and Culture. 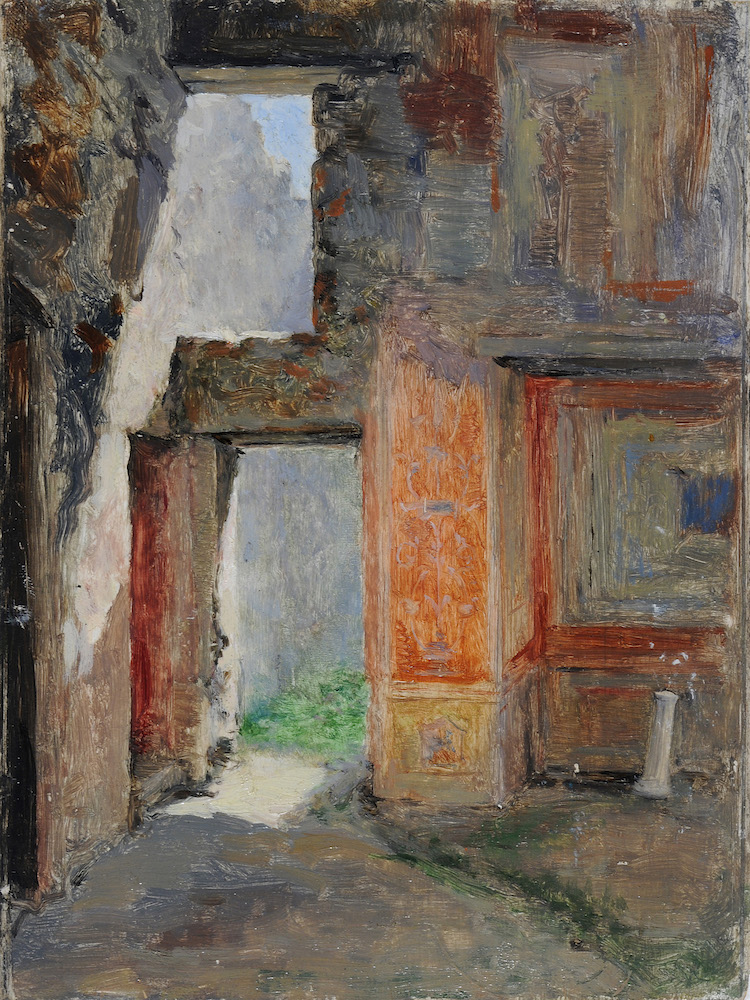 The aesthetics of ruins is a crucial element in the history of Western civilisation. The ruin as concept symbolises the presence of the past but at the same time contains within itself the potential of the fragment: a fragment that comes from antiquity, covered by the patina of time, which with its cultural and symbolic implications also becomes a valid “foundation stone” for building the future. It comes from the past, confers a wealth of meaning on the present and offers an awareness to future projects.

The ruin also reminds us of the symbolic strength of stone, inherent in its hardness and weight, and all the more so when compared with the fragility and weakness of the human body. However, in the end, the body too becomes a mineral “ruin” in the form of a skeleton. “Ruinisation” and the crumbling of the body are analogous. Think of the myth of Deucalion and Pyrrha, who created their descendants from stones; and think of Prometheus who created the rst men with a mixture of earth and water. Stones are formed by Gaia, the Earth, and, born of stones, mortals ultimately return to the Earth. 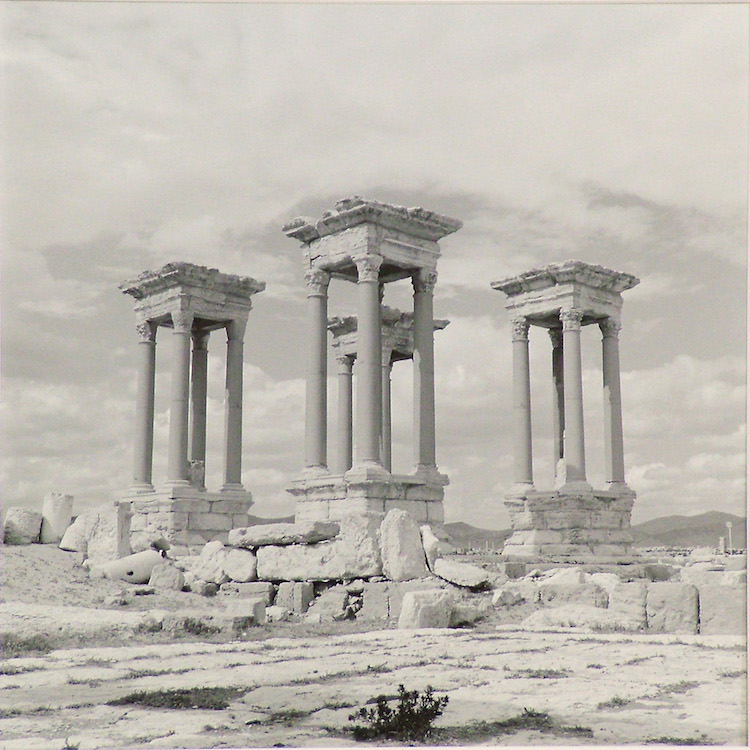 The over 250 works from the Venetian Civic Museums and the State Hermitage Museum, as well as from other Italian and international public and private collections, illustrate the multiple meanings attributed to ruins through the centuries: from the architectural and sculptural remains of the Greco-Roman, Egyptian, Assyrian-Babylonian and Syrian civilisations, to contemporary art that looks at the physical and moral ruins of today’s society. Ruins of its architecture, cities and suburbs, but also of men and ideas, as the result of time, negligence, degeneration, natural or political tragedies such as war and terrorism.