Ravel’s Concerto in G has occupied a place in the mind of Jean-Christophe Maillot ever since his father introduced this piece of music to him when he was a child, and last year – as he celebrated his 61st birthday – he finally created a ballet, Back on Track 61, based on this Concerto – which could well have been written for this very purpose. Composed between 1929 and 1931, the Concerto was written – according to Ravel – “very much in the same spirit as those [concertos] of Mozart and Saint-Saëns”. He felt that the music of a concerto should be “lighthearted and brilliant, and not aim at profundity or at dramatic effects”. With its jazzy influence and a dash of Spanish flavouring, this Concerto certainly lives up to the composer’s ideal, opening with a breezy melody, followed by a lovely slow waltz, and ending with a rousing finale. Back on Track 61 reflects Maillot’s outlook on the passing of time and the constant need to create.

The ballet is performed to the recording of Ravel’s Concerto in G by the Martha Argerich/Claudio Abbado collaboration, with scenography and lighting by J-C Maillot and Samuel Théry, and costumes by Jean-Michel Lainé. It was premiered on 29th October 2021 at the Salle Garnier Opéra de Monte-Carlo.

Claude Pascal is described as a “tragicomic encounter between the past and the present”. One group of dancers, representing the era around the late 1800s, appears to be playing a form of tennis, while the other group – dressed in minimalist, contemporary costumes – dances to a contemporary score. The message which the ballet conveys is that the present, and future, will one day become the past. One of Jirí Kylián’s 100 creations, Claude Pascal, premiered on 29th May, 2002, at the Lucent Danstheater in The Hague.

Having become joint artistic director of Nederlands Dans Theater in 1975, together with Hans Knill, Jirí Kylián is credited with having given that company international status in 1978 with his ballet Sinfonietta – the same year in which he established NDT 2, which acted as a bridge between school and the professional company, to provide young talent for the company. In 1991, he created NDT 3, providing opportunities for dancers above 40 years of age. In 1999, Kylián retired as artistic director, but remained the company’s house choreographer for a further 10 years. He has since created ballets for companies such as the Stuttgart Ballet, the Opéra de Paris, the Munich Bayerisches Staatsballett and the Tokyo Ballet, and his works are frequently performed by dance companies and schools around the world.

Claude Pascal is danced to a score by Dirk Haubrich which was written in 2002, with décor by Kylian, costumes by Joke Visser, and lighting and technical co-ordination by Kees Tjebbes.

Mats Ek made his choreographic debut in 1976 with a work for the Cullberg Ballet – the first of many for the company. Having initially shared the artistic directorship of the company with Birgit Cullberg, it was from 1985 – when he was appointed sole artistic director – that he showed an interest in reinterpreting works from the classical repertoire, with his versions of Giselle and The Rite of Spring. These were followed by interpretations of Swan Lake and Carmen for the Cullberg Ballet, and The Sleeping Beauty for the Hamburg Ballet. As a guest choreographer for leading companies of the world, he has worked with those such as the Royal Swedish Opera, the Norwegian Opera, Stuttgart Ballet, American Ballet Theatre, La Scala,Milan, Metropolitan Opera, and Paris Opera Ballet.

Ek takes much of his inspiration from everyday life. “I watch a lot of film and theater and look at a lot of art,” he says. “But what’s important to me most is reading the newspaper, watching my children, watching animals move in the park, watching the traffic; things that are not made to be seen. The stage set at the social level is very rich”. His ballet Casi Casa, created in 2009, revolves around three very common household objects – a stove, a rocking chair and a door. These three objects are onstage throughout the ballet, and around them everyday things happen, but the audience is also drawn in by new elements which start to emerge. The ballet premiered on 4th December, 2009, at Théâtre Garcia Lorca in Havana.

The music for Casi Casa is by Flesh Quartet, originally a string quartet which has become an experimental group mixing classical music with dub and techno. Costumes are by Peder Freiij, lighting by Erik Berglund Ballet, and origination by Ana Laguna and Mariko Aoyama

Soirée 3 chorégraphes runs at the Salle des Princes, Grimaldi Forum in Monaco, from 14th to 17th July. Further information and ticket reservations can be found on the Monte-Carlo Ballet website. 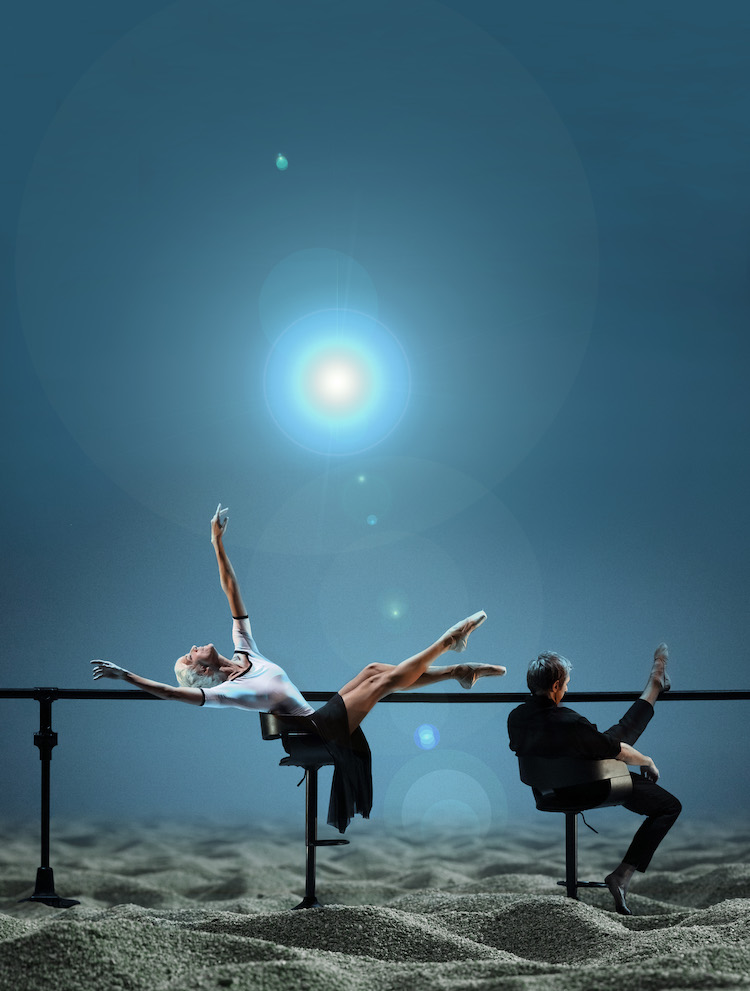