Meagre cultural budgets, struggling theatres – what would possess you to open a new one? Théâtre L’Impertinent did, and was in for a surprise.

It seems everyone who works in the performing arts these days has a woeful tale to tell of slashed subventions, dwindling audiences, and an overall downtrend as far as the quality of talent goes. Although the City of Nice is doing the best it can to support its artists, they are barely hanging on. Opening a new theatre is therefore a pretty bold move. But if your venue happens to be located literally in the shadow of the big marble palace which houses the Théâtre National de Nice, you are really gutsy. Or really good. Well, after a wildly successful first season, the Théâtre L’Impertinent cannot wait to finally kick off the next round in the coming weeks, so it must have been the latter.

Swimming upstream proved to be a winning formula, but when you look a little more closely at who is behind this venture, you quickly realize why: the core team is far from a bunch of idealistic, blue-eyed fledgling actors. Quite on the contrary: President-cum-Artistic director Guillaume Morana has been an institution of French theatre for over half a century, representing quality and innovation without compromise. His CV includes the turnkey production of more than 50 plays of the world’s greatest writers, as diverse as Ionesco, Beckett, Claudel, Shakespeare, Vitrac, Pirandello, Vian, Strindberg, Sartre, Camus, or Mille. But like any great general, Guillaume Morana does not go it alone. He has two secret weapons: company secretary Gladys Busson, a former actress/dancer turned writer, scenographer, wardrobe designer and drama teacher, and young actor/director Bruno Mamola, who beyond considerable talent also brings a good business head and a broad mind for the world on the other side of the curtain to the table.

With this trio in place, it was just a matter of finding the right premises, and they happened to be located in spitting distance of the National Theatre, undisputed shrine of Niçois Thespian culture. That is as daring as it is daunting, for most everyone… but not for Théâtre L’Impertinent. Guillaume analyzed that for all the many stages in town, there was a vacuum when it came to offering high quality authors performed on small stages. “We did not want to be yet another playhouse doing light comedy,” he tells us. “We wanted to do real theater, to bring the best plays and authors to an audience that may be intimidated to go to one of the grand theaters in town but would be willing to give them a try in a casual place like ours. Our goal is to show that a small, private theater can mount sophisticated plays which are also light enough to entertain.” He understands his theatre also as a launch pad for talented local companies and artists, to whom he always willingly cedes the spot in the limelight. This philosophy became the unwritten mission statement, and so the Théâtre L’Impertinent confidently took up its space and assumed its role.

And that equation worked well. Within just one season, from 2015-16, the tiny little 40 seater blackbox morphed into the local “hey, you gotta go there!” stage and built up a loyal fan base. With an average of one play a month, there is a broad variety on tap, not least thanks to a resident troupe. “We are truly grateful for all the goodwill and support we got, but if there is one man in town to whom we owe more than to anyone else, it’s [municipal councillor] Jean-Luc Gag who is just a blessing to Nice and its theatre scene,” Bruno Mamola states. “He is fighting so hard not just for us but for theatre in Nice… this man is incredible.” 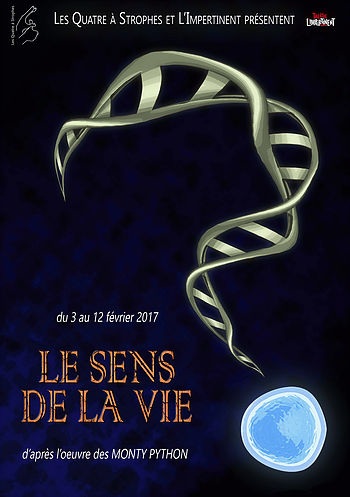 After such a surprise hit during its first season, L’Impertinent is open to experimenting, as long as a play falls under its definition of “worthy”. The Anglophile public will be looking forward to Monty Python’s Sens de la vie (Meaning of Life) in February 2017, on the programme, or – why not? – maybe even a Harold Pinter play… Original versions are not excluded, especially given that L’Impertinent also has video projection capabilities, so that surtitling is indeed in the realm of possibilities.

All ready and raring to go into a second season, and only weeks away from the Quinzaine du Théâtre, the annual Niçois theater festival, L’Impertinent is about to feed appetizers to its eager public: On September 24, the company is guesting at the Théâtre Georges Brassens in St. Laurent with L’Horreur est Humaine, a deliciously humorous adaptation of texts by Boris Vian and Jacques Prevert, which L’Impertinent will also feature at home from November 4 – 20.

“La rentrée in France is the moment where the summer holidays come to an end and everyone has to go back to work. Not the happiest time of the year. But never in my life have I looked forward to doing just that more than this year,” an eager and excited Bruno Mamola tells us. And yes, we can see why. This theatre is at the very beginning of going places. Bad times? Not with a terrific programme and an excellent team around you. 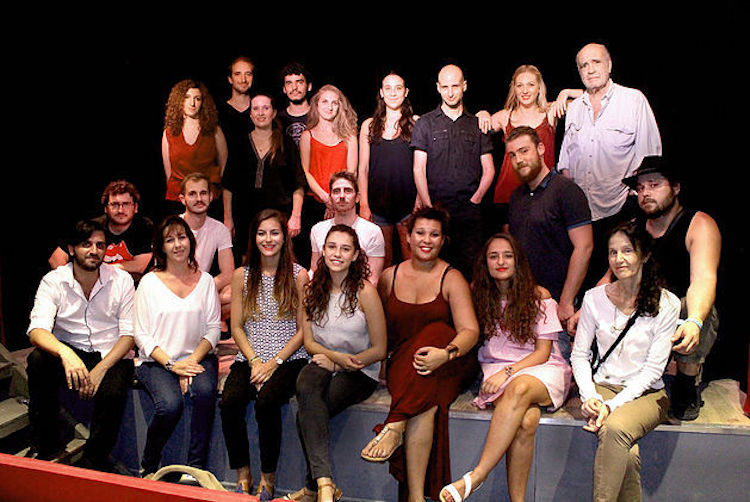