By now, there is not one theatre lover left in the South of France, and maybe in the entire country, who does not know and adore Collectif 8. The Antibes-based company goes from strength to strength, from triumph to triumph, and every time you think they have reached their pinnacle, they manage to surprise you again. Their current production, L’Ïle des Esclaves, is setting yet another milestone in the discipline of cinéâtre – at the confluence of cinema, theatre, and music – which they created and master like no one else in the Hexagon.

Written in 1725 by Marivaux, one of the most influential French authors of his time, the story is based on a simple premise, seemingly quaint but so pertinent to our modern life:

Shipwrecked on Slave Island, a place where masters and slaves trade roles, Iphicrate and his slave Arlequin, and Euphrosine and her slave Cléanthis are forced into changing roles by Trivelin, the benevolent and fair ruler of the island. Initially heady with their new-found freedom and power, the ex-slaves eventually forgive their former masters’ cruelty and frivolities, and all agree to return to their previous roles under fairer conditions. At that point, Trivelin reveals that had Arlequin and Cléanthis not pardonned their masters, all would have been punished.

A timeless play that might have been pertinent in Antiquity, then again in the 18th century when it was written, and still is today. What are today’s utopias? How can Man dream of new worlds, new social rules, new experiments involving the human spirit? Through this strange mirror reflecting the state of the world, Marivaux lets us witness humanity’s tragicomedy through a universal reflection about social peace and equilibrium. The play takes place in days gone by but from our modern perspective, can we really pretend that today we have social prejudice, exclusion and discrimination behind, when we are still oblivious to vanity and allow the ongoing perversion of our hearts? These are the questions that director Gaële Boghossian seeks to explore. 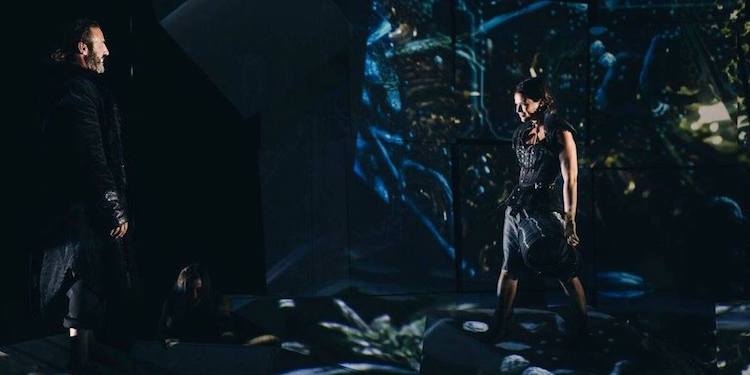 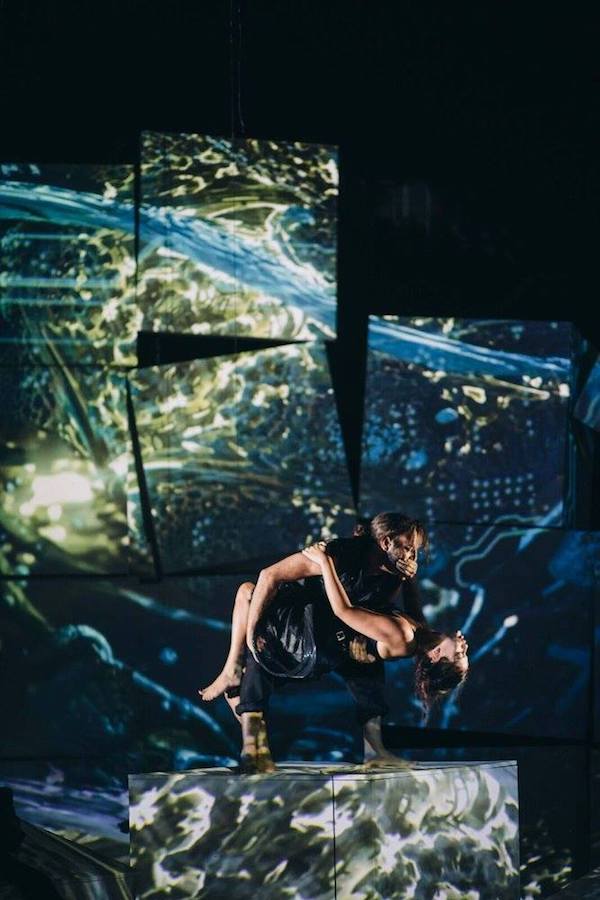 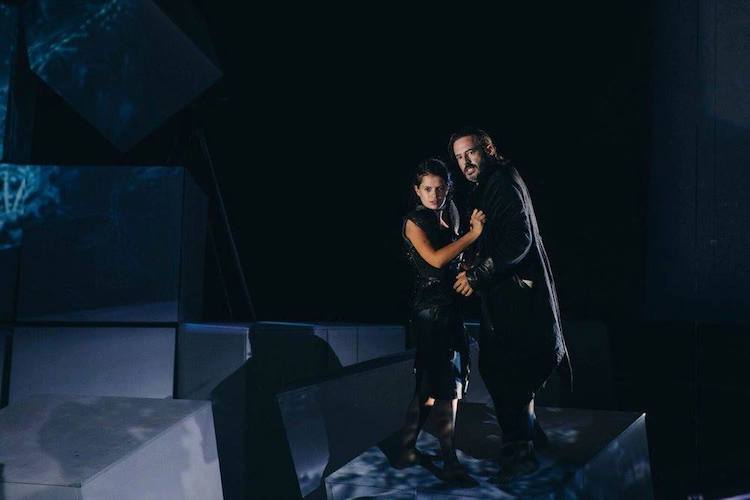 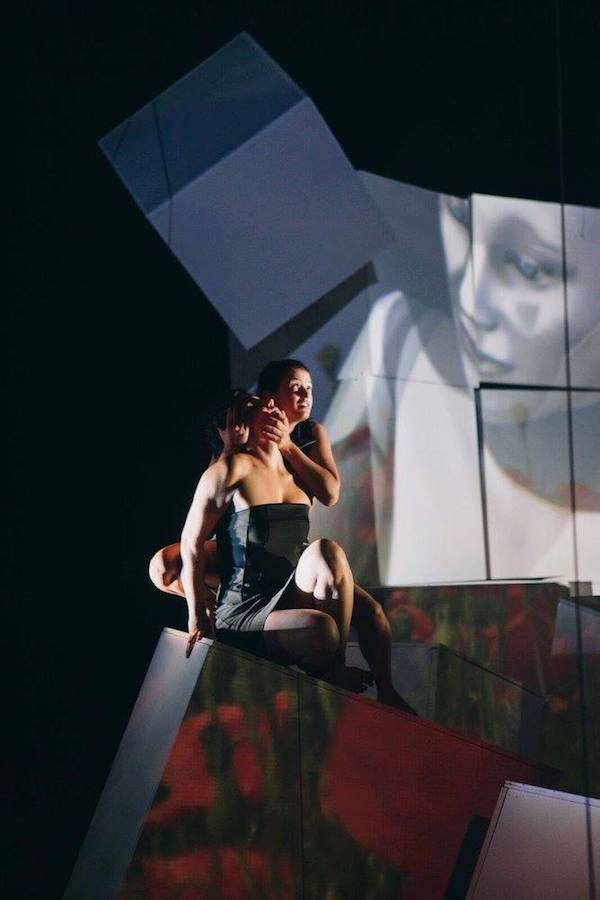 L’Ïle des Esclaves is a play about honesty, reflection, forgiveness, and generosity, qualities so elusive and yet so much needed in our troubled times. Here, exceptionally, Gaële is not on stage herself but rather directs the four remarkable actors (Noémie Bianco, Mélissa Prat, Benjamin Migneco, and Laurent Prévot) – all of whom deliver flawless, impeccable performances – and lends her voice to Trivelin’s virtual character. The scenography is sparse, a simple assortment of boxes, representing boulders on a beach, only brought to life by the actors’ extremely physical play, Samuèle Dumas’ amazing light work, Benoît Berrou’s dramatic acoustic effects, and Paulo Correia’s ever astounding videography. Everything is deliberately over-sketched, surrealistic, dreamy… and at the same time the characters are profoundly human and relatable.

Already blossoming under Daniel Benoin’s skillful guidance when he was still the director of Théâtre National de Nice, Collectif 8 is truly thriving at Anthéa in Antibes where Benoin has been at helm these past few years. The company around Gaële Boghossian and Paulo Correia, with a pool of first-rate actors to fish from, has carved out the top spot in France for the multidisciplinary, visionary mélange of performing arts. A company that our region can rightfully be proud of, and that causes a buzz wherever it goes. For now, they are performing L’Île des Esclaves at Théâtre Anthéa through November 24. But Collectif 8 frequently tours France to great success and full houses and we sincerely hope to see them representing French avant-garde theatre abroad in 2018 – something that both the company and foreign audiences would largely deserve.