An apolitical and well-loved local public figure is one of Mayor Estrosi’s best weapons in the arts and culture arena.

You could be forgiven to think that Jean-Luc Gag is one of a set of identical octuplet brothers. Wherever you are…. whatever event you show up at… there he is. But he comes neither from a multiple fraternity nor does he have a clone. He is simply one of the hardest working people in Nice. And one of the ones with the greatest and most sincere desire to preserve this city’s magnificent cultural heritage and to support its artists.

His business card is quite a mouthful: Apart from holding the office of City and Metropolitan Councillor, he is also “in charge of historic cultural heritage, literature, fight against illiteracy, theatre, and the Niçois language.” That in itself is a fulltime job but it’s by far not all this friendly, low-key man does. Jean-Luc is also a former banker, a high school and university teacher, a writer, and the animator of the amateur company that plays at one of Nice’s most beloved stages, the Théâtre Francis Gag … founded by his grandfather (pictured below) and still bearing his name. 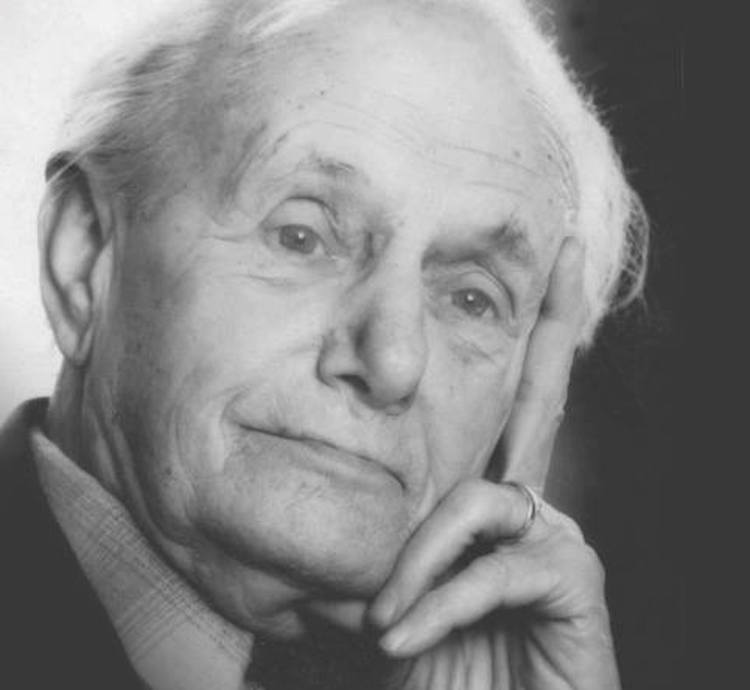 With so many hats to wear, no wonder he is seen all over town. But Jean-Luc Gag – or originally Gagliolo – is far from a rosé-sipping, pissaladière-munching PR figure. He is on the ground, hands on, supremely pragmatic, quick to adopt a good idea if he hears one. He talks with people from all walks of life…. but more importantly yet, he listens to them. He takes his position seriously, very seriously. He is soft-spoken and laid back, with a ready laugh, but as soon as he talks about his long list of duties, his passion shines through, his love for what he does is genuine and palpable. And he is keenly and implicitly aware that his family’s visibility over generations holds a special duty of responsibility for him, and honours it.

Something has definitely shifted in town since Jean-Luc accepted Mayor Estrosi’s call to this newly created municipal office in spring 2014. “For the first time now, artists have a specific person to come to with their ideas and problems, and they really appreciate it. I have a deep respect for artists. What I cannot give abundantly – money, due to the severe budget cuts we had – I try to make up for by seeking opportunities to help them by any other means.” And his artists love him right back. Some of the leading actors in Nice called him “a breath of fresh air”, “a ray of hope”, and “someone you can trust and who has your best interest at heart.”

Throughout the theatre season, Jean-Luc catches as many plays as he can, but things don’t stop when the season is over. There is, for example, the mighty Avignon theatre festival, and he is 100% behind the Niçois companies performing there….. reuniting them for a pre-festival meeting to foster team spirit among the often fiercely competitive troupes. And next you know, he is found in Avignon – again not for the photo op but backstage and offline with the actors, taking their pulse, listening to their woes, and ironing out on-the-spot problems.

This coming October will also see the debut of “Lever de rideaux – La semaine des théâtres”, the weeklong happening all over town to make the local population aware of the true variety Niçois theatre offers. “Most people in town know the Théâtre National de Nice (TNN) for its prestige, the Théâtre Francis Gag for its tradition, and maybe their own little neighbourhood theatre, but not many realize what cultural richness their town holds,” Jean-Luc says emphatically. From October 12 through 18, approximately 90 plays and shows will be performed across 20 stages all over town to entice the audience to come out and discover, explore, and fall in love. From TNN director Irina Brook who will host a “soirée des compagnies niçoises” on October 13, to small corner shop theatres, this is one big coordinated campaign “to give visibility to theatres – and that is ‘theatres’ , plural – and also to show the Niçois what Niçois companies are capable of doing, despite all budget constraints”, as Jean-Luc states, and needless to say that the Théâtre Francis Gag opens its doors, too. But not just theatres…. other locations around town, too, like the Bibliothèque Louis Nucéra and other venues will present relevant conferences, exhibits, and workshops.

When he talks about culture, he makes it very clear that he defines it as something much larger than just the writings of Molière or Baudelaire. “Classic authors do need to be presented on stage as part of our French cultural heritage but at the same time, so do local authors because Nissart is very much a part of our identity.” That is why – true to his grandfather’s legacy – the theatre company he animates mounts plays in the local language. “But at the same time, ‘culture’ does not stop at theatre. And Niçois culture is more than just pan bagnat. This region has been a melting pot throughout history, a rich cocktail of influences, and a love for culture, from theatre to literature, from music to dance, from language to food, is part of our genetic makeup.”

Needless to say that one like him, born into theatre, raised on theatre, and spending his life around theatre, has an infinite passion for the Thespian arts but he is no less excited by his other missions which all revolve around culture in its different expressions.

Among them, literature, and related to it, illiteracy. Jean-Luc is an avid writer and reader – his personal blog contains an impressive reading list of books, poetry, and texts by authors from around the world. That love for literature often takes him to local book fairs to help shine the spotlight on local authors, and small independent publishers and bookstores. And he is a frequent guest at events that showcase the different facets of the Niçois public libraries which have increasingly developed into multimedia centres.

At the same time, teacher that he is – he is also a champion of empowering people to overcome learning obstacles such as illiteracy or dyslexia. In his quest to help, he reaches out to everyone but especially to those in underprivileged parts of the city. And here again, he circles back to theatre as his medium of choice. His conviction, “when children discover the joy of learning and understanding, when they acquire a sense of the power of words… that’s the first step to social peace.”

This coming cultural season will therefore see several public reading events mostly centering around local authors but true to his philosophy of “venturing past the city limits to provide a fresh perspective”, he is also considering a bilingual French/English reading of the Letters of Toby Smollett, the Scotsman whose writing has been so influential in Nice. 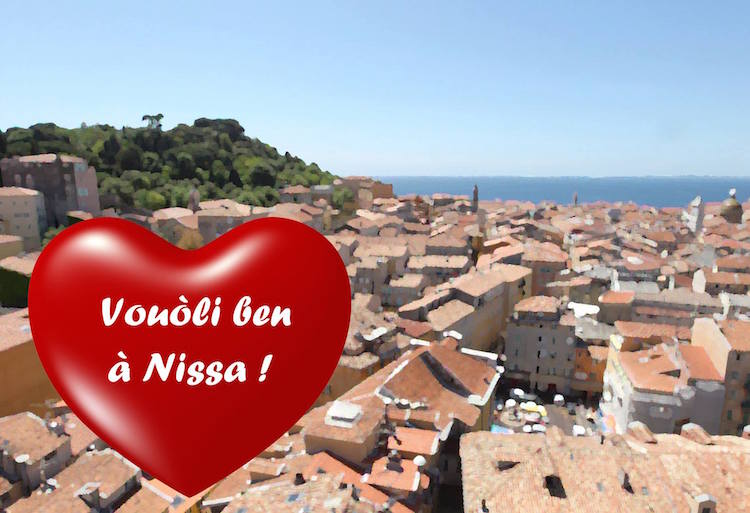 The preservation of Nice’s unique historic heritage is close to Jean-Luc’s heart. Having belonged to so many different countries and rulers over its 2,600 years of existence, Nice is a cultural melting pot, a mosaic of influences from around the Mediterranean, which have all left their traces, shaped the city’s and region’s identity, and are still reflected in its colourful traditional music, dance, food, and of course the Nissart language. In fact, the first settlement goes back 400,000 years. Today marked by the Terra Amata museum, it is one of several well-preserved sites from various eras open to the public for guided visits, sites which stretch all over Old Town along the Paillon river (part of which is now covered by the Coulée Verte), and up to Cimiez, which under its Romans rulers was known as the wealthy and thriving town of Cemenelum, pop. 20,000. And with historic heritage so intricately linked to culture, it only makes sense that Jean-Luc Gag is seen all over town, celebrating the city’s rich patrimony from yesteryear to right our own times, and exploring what past and present, archaeology and architecture, war and peace, fashion and art, locals and tourists, have contributed, and helping in any way he can to preserve and share it.

A year and a half into his municipal duties, Jean-Luc’s encounters with artists from a wide variety of disciplines and people from all walks of life have left their traces also on the programming for the upcoming season at the Théâtre Gag. “It is Nice’s only municipal theatre, and I want to remind people that it’s theirs. More than ever, I want it to be a place for the performing arts in the widest sense, where artists and the public meet….. I want to encourage more original creations and artistic residences than ever, all while preserving tradition and classics. There is room for Moliere AND for creations, for plays in Nissart, French, and foreign languages.” The new programme for the 2015/16 season, which will be presented on September 8, reflects that desire.

Charged with so many different tasks, it seems humanly impossible that Jean-Luc still actively works his job in education. Just how does he do it? “I have been really blessed to do what I know best, what I love best, and what I am most passionate about. And to be able to combine it with my profession is an extraordinary chance. When you get such a unique, tailor-made opportunity at age 50, you don’t turn it down.” Luckily, his wife is very understanding and simply comes along to as many functions as possible. That backbone is very important to Jean-Luc, as is another thing: “Historically, my family has never been involved in politics, and I remain apolitical myself. I see my role as someone who brings people together. Politicians and figures of public life have a duty to unite, to reinforce universal human values…. and culture is one of them.”

Jean-Luc Gag, the tireless uniter, has a personal leitmotif, one that he could not have been chosen any better: 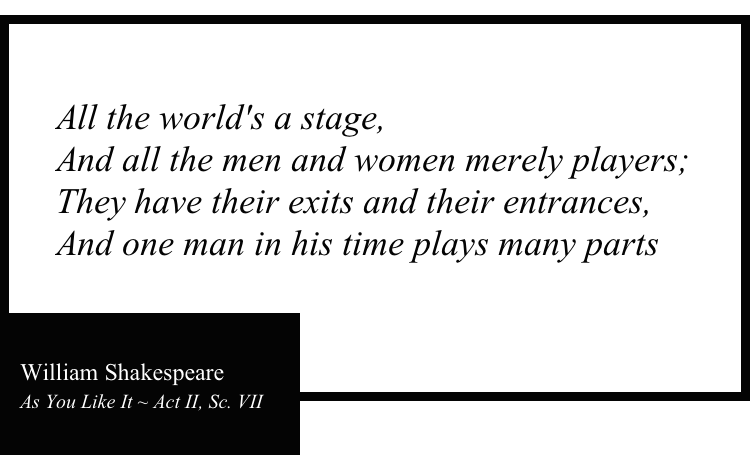 He certainly inhabits a lot of different roles, all with passion and conviction. An incredible asset to Nice, the Niçois, and the city’s artists, he has a simple yet effective message which also sums up what this pleasant, dynamic, intelligent, and humble man is all about: