What at first glance may seem like the end of an era for Nice’s premier theater company, is only the beginning of tremendous opportunities.

For well over a decade, Gaële Boghossian, her artistic twin flame Paulo Correia, and their company Collectif 8 were synonymous with high-class theater in Nice, regularly playing at the Théâtre National. After the departure of longtime artistic director Daniel Benoin at the end of 2013, his successor Irina Brook brings her own vision and style to the TNN, along with a new set of artists. But any end is usually also a beginning, and Collectif 8 is busier than ever… on a much bigger scale.

Collectif 8 has been an indispendable part of the Niçois theater landscape for well over ten years. What lover of Thespis does not remember some of the company’s spectacular productions, such as Antigone, L’Île des Esclaves, Medée, or, just this past January, Angelo, Tyran de Padoue, the fulminant Victor Hugo play, with guest star Marc Duret in the title role? Together, Gaële and Paulo have dug up little known plays and dusted off classic authors, fearlessly transported them across centuries and epochs, and broken down the boundaries between theater and cinema. They gave Nice a big-city artistic flavour. And the Niçois public loved them for it. 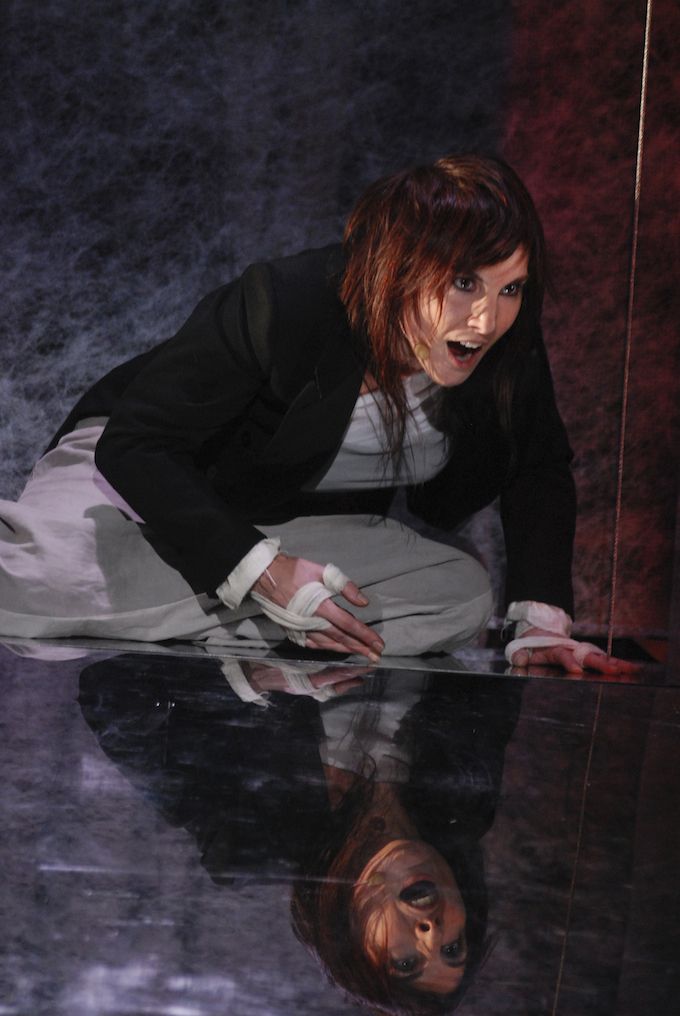 When the House changed leadership in January 2014 and it became clear to Gaële and her équipe that an era was drawing to an end, there was a sense of sadness. They would miss the close, almost familiar, bond her company had forged with the public over those years. But Gaële is not someone who sits idly, far from it. She kept working as diligently as she always had… and she had a strong ally: theater legend Daniel Benoin himself.

Daniel has been in Gaële’s life for a very long time and has been many things to her – a teacher, an artistic partner, a guide, a father figure: As an 18 year old, just embarking on her acting career, she studied drama at Daniel’s École de la Comédie de St. Etienne, and since then, he would never be far as she slowly but surely lined up success after success.

However, Gaële never received – or wanted – any favours from him, on the contrary… Daniel will always support those whose talents he believes in, but has also very high expectations and demands of them, pushing them to exceed themselves. And she relished that challenge to make her own way, not based on favouritism but relying entirely on her considerable talent and skill. She worked as hard as she could to prove deserving of the opportunities she was given, and became good – very good. Not satisfied though with just gracing the stage, she also learned her trade from scratch, working her way through every department at the theater, from costumes to light and sound, from scenography to dramaturgy, and anything in between. 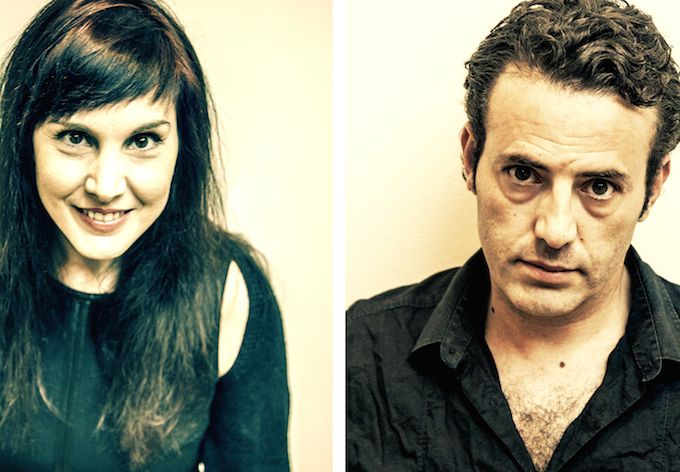 When Daniel Benoin was called to the TNN in 2002 as successor to Jacques Weber, Gaële and her fellow-student from l’École de la Comédie, Paulo Correia (pictured above), who she formed a productive artistic duo with, were not far behind. “We really wanted to create our own universe”, she tells us, and in 2004 they founded Collectif 8, a company based on the philosophy to present “approachable theatrical creations, both modern and accessible, popular without being populist”. Gaële’s love for words and literature, and Paulo’s passion for light, images, sound, and video technology turned out to be a perfect symbiosis to embark on a mission of giving the Théâtre National de Nice productions worthy of the third largest French stage. And they succeeded. Remarkably so.

The years went by, and eventually Daniel Benoin’s 12 year tenure drew to its scheduled end. Luckily though, he stayed in the neighbourhood, heading his beautiful new theater, the Anthéa in Antibes. And once again he reached out to Gaële and her nomadic company to bring her productions to his new House. “Daniel is a very loyal person. If he likes and trusts you he won’t let go of you. We really owe him very much,” says Gaële about him.

Unsurprisingly therefore, just a few months after a triumphant Angelo at the TNN, a great many Niçois faithfully flocked to Antibes in May 2014 to see the company’s “L’Homme Qui Rit”, their adaptation of Victor Hugo’s play. And as has become the hallmark of Collectif 8’s work, it was once again a crossbreed of stageplay and cinema – with a scenography juxtaposing drama with understatement… intelligently designed dramatic light and sound elements to create and illustrate context… the innovative use of computer technology to blend theater and videography… and all revolving around a poetic and humourous, yet philosophical and respectful adaptation of the original text – in short, the play was another tangible expression of Collectif 8’s artistic philosophy and a creativity that is not afraid to push the envelope, surprise, and even provoke. 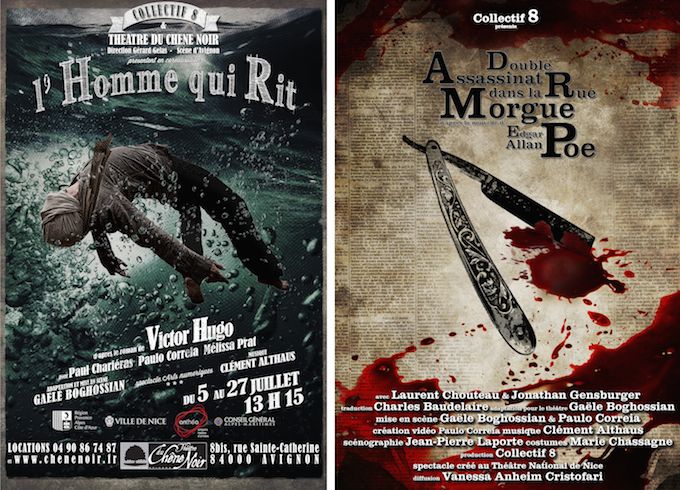 “Theatre, on and off stage, is always the work of a team. Our troupe includes some extraordinary people – Vanessa Anheim, Fabrice Albanese, Clément Althaus – and everyone shares a commitment to hard work and evolution. Some came to us as students who we taught, because passing on our experience is equally important to us. We also continue to bring in outstanding professionals – like Marc Duret for Angelo – who just know what to do, how to adapt to our specific rhythm, and how to put themselves in the service of the oeuvre and the public. To us, it’s about the holistic work, not individual egos”, Gaële explains her approach. What she doesn’t talk about is the extraordinary level of excellence and creativity both she and Paulo possess, backed by solid professional training and continued work on honing their skills.

But the break from the TNN meant anything but a break from work. In the year of its 10th anniversary since its foundation, and backed by the reputation and quality of its work, Collectif 8 soon found itself in greater demand than ever, and Gaële’s calendar for the 2014/15 season suddenly exploded. Just coming back from a packed month of performing at the Festival in Avignon, the company will be playing one of its previous favorites again, Edgar Allen Poe’s “Double Assassinat dans la rue Morgue”, coming to the La Criée Theater in Marseille from November 18 to 21 and then appearing on playbills all across France several more times. The company is also deep in preparations for its latest creation, Alice, based on the timeless Alice in Wonderland and Through the Looking Glass by Lewis Carroll, which is set to premiere at the Anthéa on December 8. L’Homme Qui Rit will also make his reappearance on several occasions, including at the Théátre Gag in Nice on April 18, 2015… all in all, many more rendezvous with Collectif 8 are already scheduled all around the region and the country, and there might even be another visit to the Festival in Avignon next year… 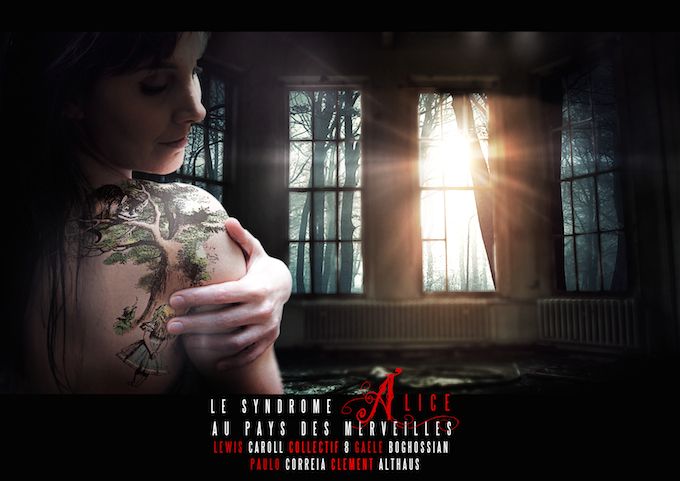 One thing Gaële stays away from though: the current trend to mount foreign language plays. “There are so many beautiful works to adapt to the language of Baudelaire – everything that E.A. Poe has written, for example, and which I really have a desire to revisit one by one.”

The change of the guards at the TNN may mean a change of venue for this prestigious Niçois company but it has also been the springboard for new and even greater opportunities and partnerships. More sought-after than ever, and continuously perfecting its craft, Collectif 8 – which has previously written Niçois theater history – is now gearing up to write national history, creating a new adoring base of followers wherever they go.