A company of classically trained dancers, the Geneva Ballet is renowned for its adventurous repertoire and imaginative collaborations. During its Monaco season, the Company will perform two powerful works – Ken Ossola’s Lux, and Andonis Foniadakis’ Glory.

Ken Ossola became involved with choreogaphy whilst performing for Nederlands Dans Theater, working with some of the world’s leading contemporary choreographers – from Jiří Kylián to William Forsythe. Having launched his career as a freelance dancer-choreographer, he simultaneously took up the position of Ballet Master for Gothenburg Ballet, and became a rehearsal coach for Nederlands Dans Theater.

Alongside his flourishing choreographic career, he is a specialist in the works of Jiří Kylián, recreating them for a number of dance companies throughout the world.

In Lux, set to Gabriel Fauré’s gloriously poignant Requiem, Ossola has his dancers weaving in and out of a shadowy landscape, using this intriguing effect to accentuate the fluidity of their movements – at times sharply defined, at others beautifully lyrical.

Foniadakis’ Glory is, by contrast, a highly dramatic work, set to a collection of pieces by Handel, arranged by Julien Tarride. Here, the choreography is characterised by a compelling urgency, with the dancers thrown into a fast-moving display of virtuosity, for which Foniadakis is well known.

Foniadakis studied at the State Dance School of Athens, and won the Maria Callas Scholarship to further his studies at the Rudra-Béjart School in Lausanne. He joined the Béjart Ballet, before moving to the Lyon Opéra Ballet, and subsequently the Saburo Teshi-gawara/Karas Co.

In 2003 he created his own company, Apotosoma, in Lyon, and in addition to creating and performing across Europe and in the US, he teaches seminars based on his personal dance technique, and has also been commissioned to choreograph for two operas.

The Geneva Ballet programme at the Grimaldi Forum is followed by the European Premiere of Kylián Productions’ presentation of East Shadow, a work commissioned as part of the 2013 Aichi Trienniale in Nagoya, Japan. 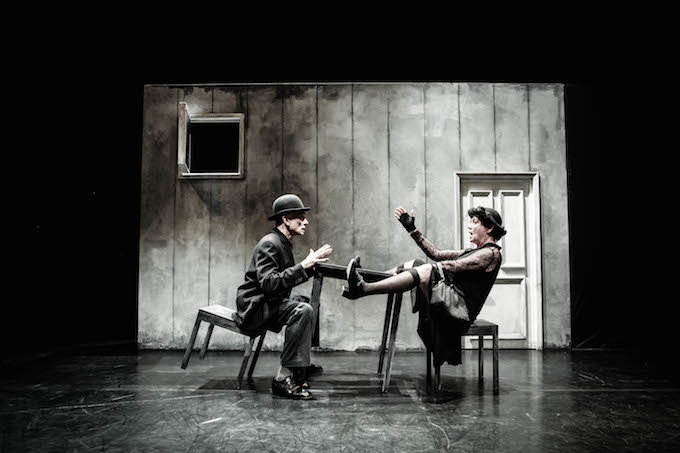 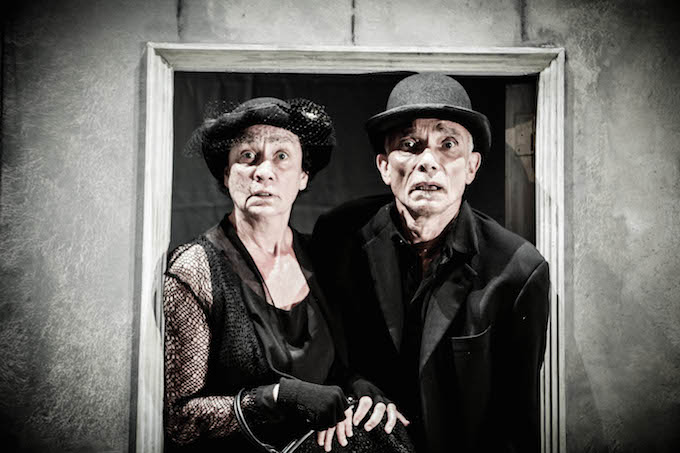 Kylián was asked to create an original work for this festival for the performing arts, and he delivered a film which was inspired by the world of Samuel Beckett, set to the music of Schubert, and dedicated to the victims of the Fukushima tsunami in 2011. It involves two ordinary people who decide to set up home together, and realise – through a set of surreal, humorous and tragic circumstances – that their happiness is merely wishful thinking. Ultimately they are washed away by a tsunami which follows an earthquake, with only their hats remaining.

Multi-award-winning Kylián is arguably one of the most prolific of contemporary choreographers. Having studied at the Prague Conservatory, he won a scholarship to study at the Royal Ballet, where John Cranko invited him to join the Stuttgart Ballet, the start of his choreographic career. Kylián subsequently took up the position of Artistic Co-director of Nederlands Dans Theater, for which he has created 74 ballets, and was instrumental in setting up the unique three-dimensional structure of the Company.

He has created original works for the Stuttgart Ballet, the Paris Opéra Ballet, Swedish Television, Bayerisches Staatsballett München and the Tokyo Ballet, and his creations are in the repertoires of more than 100 companies and schools worldwide.

The Ballet du Grand Théâtre de Genève appears at the Grimaldi Forum in Monaco on 15 and 16 April. Kylián’s East Shadow runs at the Salle Prince Pierre, Grimaldi Forum, on 17 and 18 April. Tickets are available by calling the box office on +377 99 99 30 00 (Tuesday to Saturday from 12 noon to 7.00 pm) or by emailing the Grimaldi Forum.