Head of a theatre company, actress, director, writer, and mother – Sophie Cossu slips into many roles with equally great success.

Acting wasn’t on the cards for Sophie Cossu when she was a teenager. The Monaco-born daughter of Italian parents loved literature and poetry. But one day, a friend asked her to come along to a drama class, and although it took some persuasion to make her trade in her cherished Baudelaire and Molière tomes for the stage, she finally went along. And stayed.

Her first year at acting school wasn’t all smooth sailing though. The timid young woman found theater emotionally quite invasive. So one day, Sophie went to her professor, looking for some encouragement. Not one of the word-mincing kind, he told her bluntly, “You’ll never be an actress!”

Taking “No!” for an answer isn’t spirited Sophie’s style though because, “No one can dictate anyone else what you can or cannot be!” Her teacher’s harsh words only motivated her to work all the harder. And eventually she realized that theater was actually transforming her…. and has since continued to shape her into who she is today. 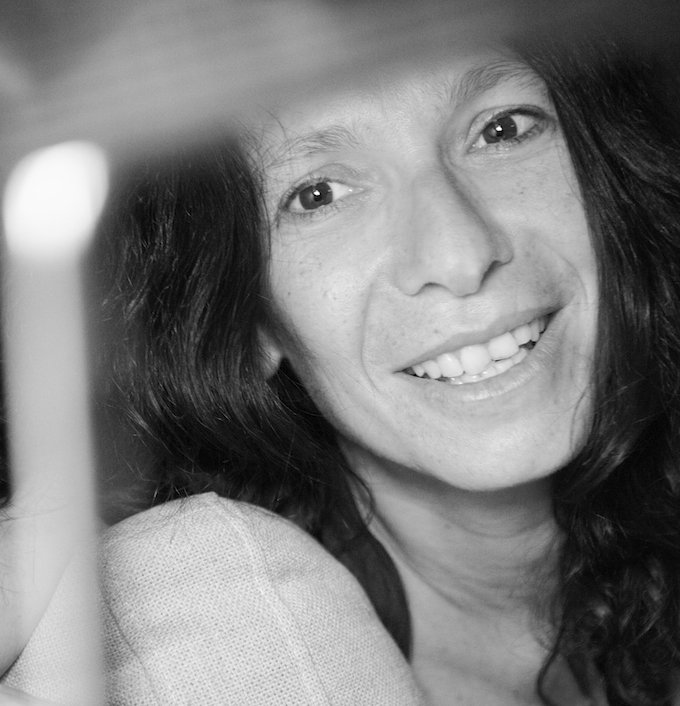 Ten years into her artistic career, she felt ready to start her own theater company which would allow her to broaden her creative horizon. In 2004 Sophie, along with her friends and colleagues Letitia de Massy and Carlo Casaccia, co-founded Les Farfadets, based in the Principality. “We didn’t ask for funds, just a chance to show that we were doing good work,” Sophie remembers. Not asking for money when everyone else did, took the powers that were by surprise, and Les Farfadets got the opportunity they wanted.

Les Farfadets quickly made a name for themselves, with Sophie at the helm as an actress and director. Their work doesn’t fit into any drawers, their repertory runs the gamut from classic to drama and contemporary. “I don’t like labels. We very much follow our gut. If we like a play, an actor, a text…. if it’s a coup de cœur – that is what we do,” is Sophie’s way to go about things. Boulevard is not so much her genre though – she feels much more at ease with emotions and depth.

And it’s easy to see why. Sophie possesses a rare warmth and sincerity. Immensely likeable, open, and outgoing, she has a passion for giving and sharing, both in her personal life and her work. Her life’s journey has not always been an easy one but it has left with her a sense of “living in the here and now” that is contagious. She strongly believes in harmony around her, and in nurturing strong team spirit. When she develops a new project, the first thing she’ll do is to invite her team to a big bowl of spaghetti around her kitchen table to make everyone part of the “family” – the Italian way of doing things.

Among the Farfadets’ many impressive projects, three have special meaning to Sophie. Le Bourgeois Gentilhomme, a comedic ballet by Molière and Lully. 17 actors, 10 dancers, and the Monaco Musical Academy orchestra – that’s the kind of big production Sophie loves. The spectacular costumes were designed by her friend Beatrice Alunni who is as talented a costume maker as she is a jazz musician. 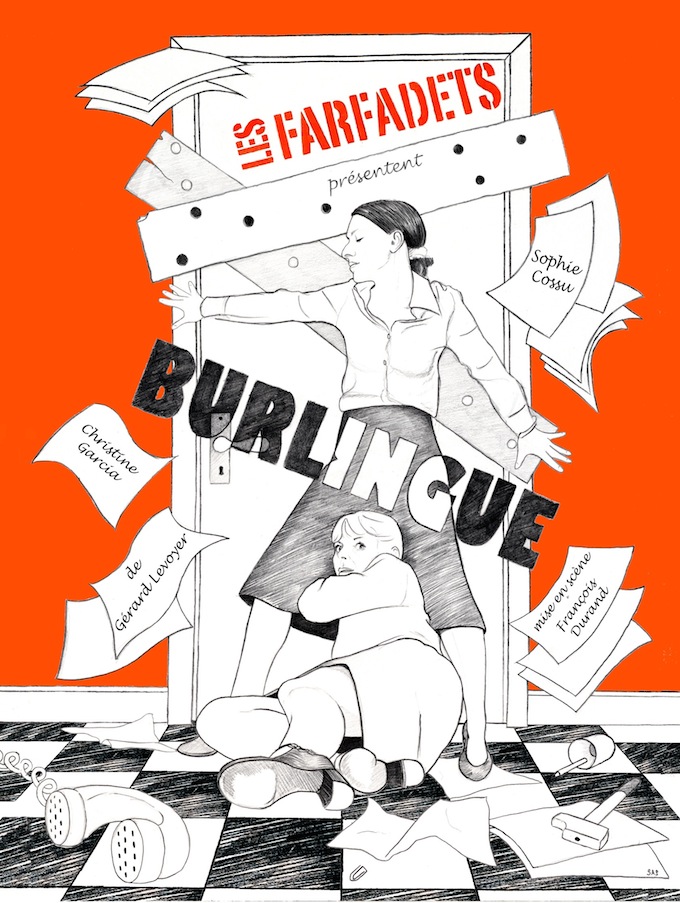 Equally memorable for Sophie was her close collaboration with François Durand who directed her in Burlingue, Gerard Levoyer’s story of two colleagues who share an office, hate each other passionately, and fight a merciless war over…. an eraser. To Sophie, this is very much a reflection on society and how far people will go to get power – something that is completely contrary to her own spirit of sharing and giving.

Another much-talked-about production was Confessions Urbaines. Stepping outside the cocoon of their theater, Sophie and her company climbed aboard a bus and cruised around town. At every stop, actors and visitors would get on or off the bus. Although formally a reading of the works of Monegasque writers, it turned into managed improvisation when the public was included in the happenings.

“Being face to face with the audience was a completely different dynamic from what we’re used to on stage, and a little bit scary at first. But then it was great to get the public’s immediate reaction so close-up. And there was a good measure of situational comedy, and even a “life is stranger than fiction” case, when two of our actors unknowingly each pulled a member of the audience into the play who turned out to be ex spouses,” Sophie remembers. All told, this production was so successful that to this day Les Farfadets are still getting requests for an encore.

Pushing the envelope and constant development is a central theme for Sophie, and this is why she is currently venturing into a film to stage adaptation. For this project, she has enlisted the collaboration of leading French actor Marc Duret. During his annual artistic residence at the Espace Magnan, Marc presents Les Farfadets’ Gelsomina, a loose interpretation of the Fellini classic, La Strada. Sophie and Marc co-direct and also play the roles of Gelsomina and Zampano, supported by young and talented Kevin Pastore as Il Matto. 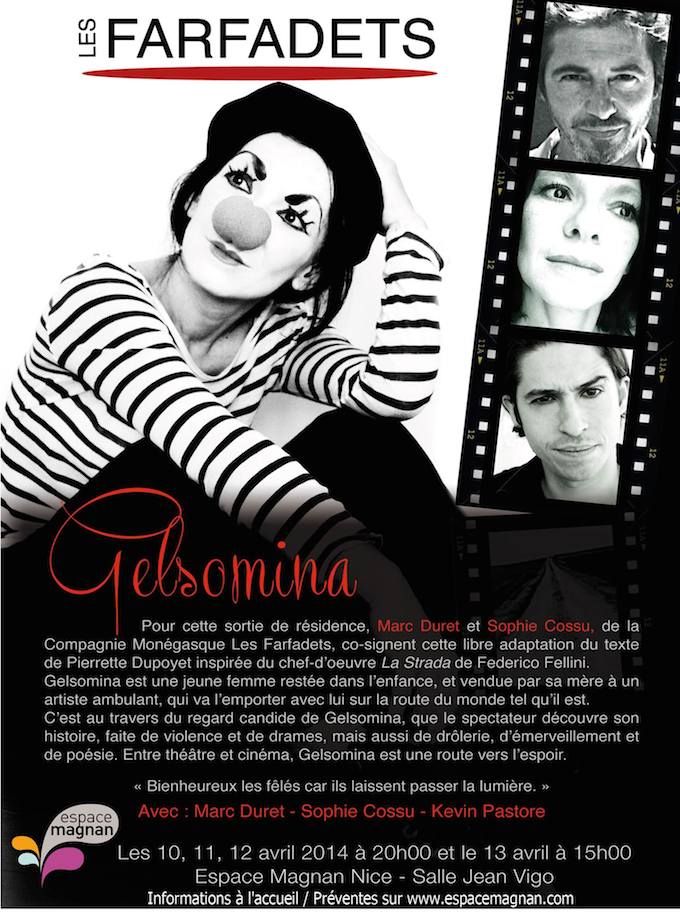 “The original movie is actually pretty dark. We didn’t want to model our play on the film but rather imprint our personal signature on the story, giving Gelsomina a light, airy, humorous quality, and we wrote it bilingually in French and Italian. We also offset stage theater against a video backdrop which is quite complex to play but great fun. We’re really looking forward to this,” Sophie explains. It is, however, not easy to direct and play at the same time as you constantly have to switch from an external point of view to an internal one and vice versa, “which can leave you feeling a little schizophrenic”.

Gelsomina is currently on the playbill of the Espace Magnan from April 10 – 13, followed by the Théâtre des Variétés in Monaco on May 16 and 17, and a return visit to Nice at the Théâtre de la Cité from May 23 to 25.

Later in the year, Les Farfadets will revisit one of their previous productions, Unis Sont, a play about new couples waking up together for the first time….. and their interactions resulting from the awkward intimacy of that situation, ranging from happiness to embarrassment, humor to bitterness. Already extremely well received before, it is another opportunity to marry theatrical and cinematographic elements.

A big milestone is coming up – Les Farfadets will be blowing out 10 candles on their birthday cake this year. Where does Sophie see her company at this time, and where is her journey going? “I love uniting different artistic disciplines, like drama, poetry, music, dance…. and having lots of actors on stage… I guess that has become our brand, so we will carry on along this route. We’ll also continue working with high profile actors like Marc Duret, who is not only a brilliant actor and coach but also a wonderful person, and who like me plays in three languages – French, Italian, and English. That said, theatre has no language, theatre is all about emotions.” 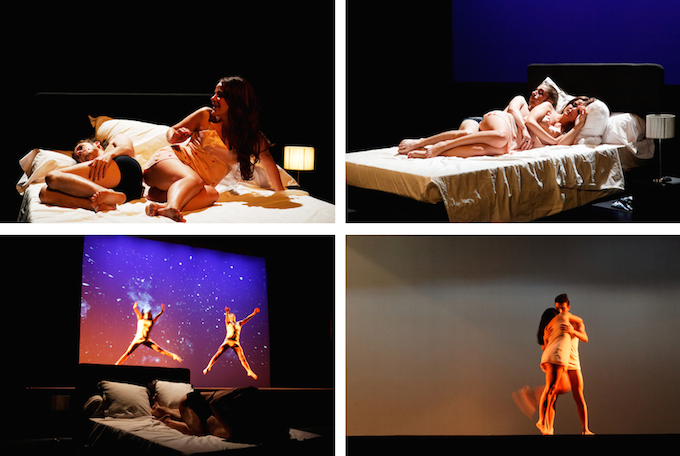 With such a thriving career and all these demanding projects, does Sophie still have time for a personal life? “Oh yes! I love to write, and also to collaborate with fellow artists on their projects.” Her particular interest in photography got her involved in several photo exhibits her friends and colleagues mounted – Estelle Amiaud and Sandra Saab, both Farfadets members as well as outstanding photographers. Especially Sandra’s “Souls of Africa” exhibit really touched Sophie.

Working with friends is a recurring theme for Sophie. To her, work and friendship go hand in hand, and that is one of the things she loves most about her craft.

“Most importantly though, I adore my “job” as a mom to my two amazing sons who are 8 and 13. That is something I am absolutely passionate about. Through our children, we build tomorrow’s society. I don’t like our current society very much the way it is but it’s up to all of us not to just accept it but to create a better one. I am a resistante!”, she says with conviction and that radiant smile of hers. 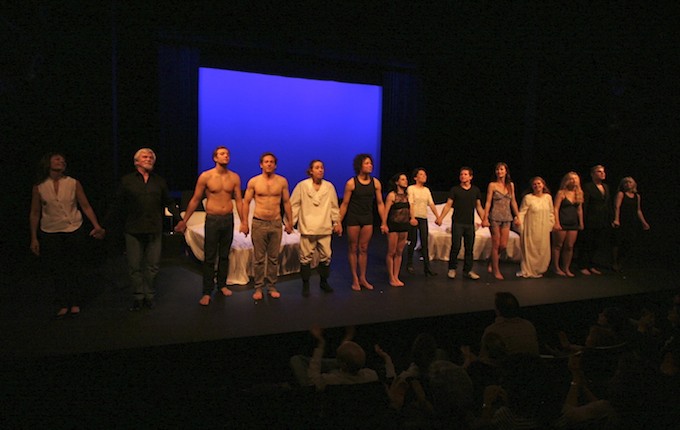 And Sophie knows all about the importance and effect of resistance ever since many years ago, an old theater professor gazed in his dusty crystal ball and didn’t see a future in acting for her. She went her own way and proved him wrong. Monaco and France are so much richer for her and Les Farfadets.