Whoever said that classic French literature was stuffy and inaccessible has not been to the TNN to watch ‘Angelo, Tyran de Padoue’.

Angelo, the podestat who rules Padua with an iron fist, loves La Tisbé, the actress whose love for Rodolfo is not reciprocated because he himself is in love with Angelo’s wife Catarina, just like Homodéi. However, the romantic entanglements are really just the backdrop to the greater story of power games, self-interest, and unexpected loyalty between the two heroines, Tisbé and Catarina. And this is where it becomes timeless. 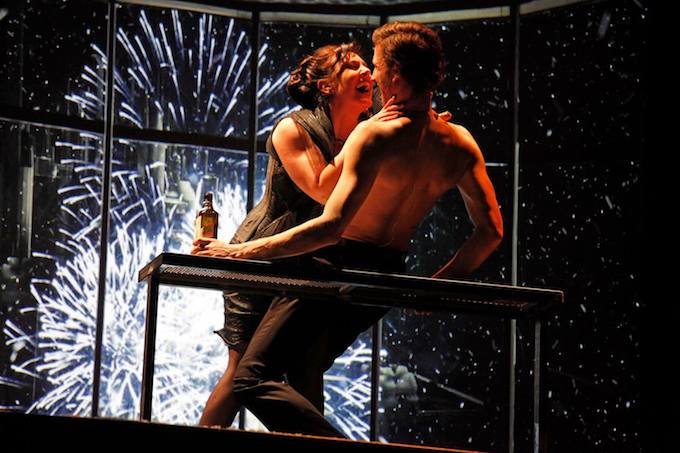 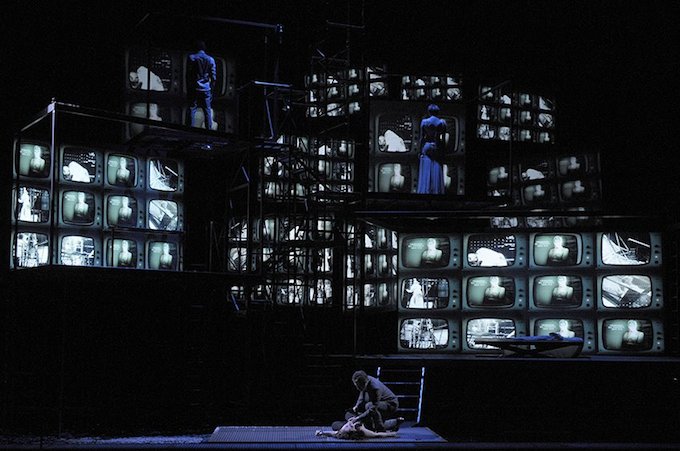 Paulo Correia, a regular on the TNN stage, courageously and unapologetically transfers a piece that is set in 16th century Italy, into an entirely fresh, original and retro-futuristic setting where surveillance and espionage become eerie reminders of current world news.

Subtly highlighted human desires, jealousies, and fallacies are powerfully contrasted with an omnipresent sense of fear and terror – something that is as relevant then as it is today. 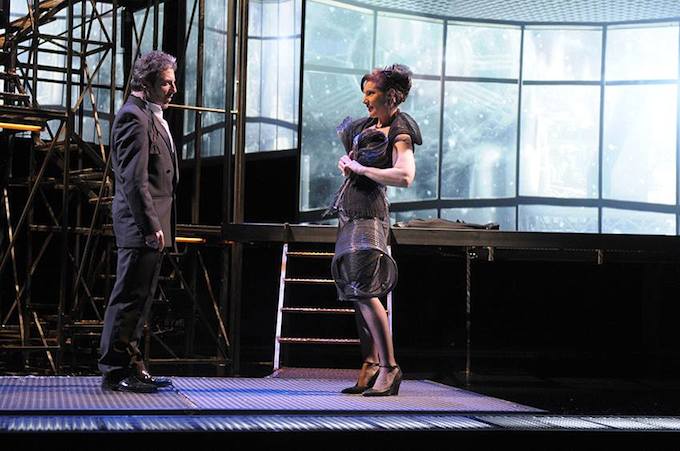 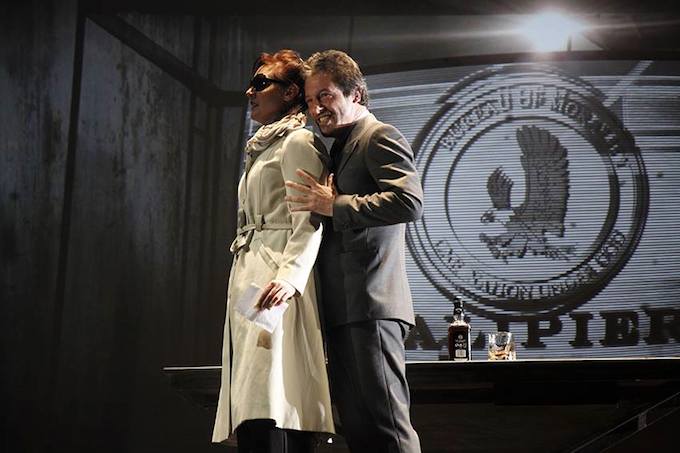 Gaële Boghossian not only delivers an awe-inspiring, tour de force performance as La Tisbé but also imprints her personal dramaturgical signature on the play. Deborah Marique thoroughly convinces as Catarina, evoking powerful emotions as the Tyrant’s long-suffering, fragile and yet strong wife who was never more than an instrument of money and influence to him and is destined to be sacrificed on the altar of love.

And Marc Duret incarnates an Angelo so complex, so multi-dimensional, so finely honed and nuanced that you cannot help feeling with him even though there is nothing loveable about the character. Stage craft at its very finest. Had Victor Hugo been in the audience and seen how this talented troupe had brought some of his core themes to life, he would have been more than proud.

Even though the 2014 season opener, this Angelo is the powerful exclamation mark that outgoing Artistic Director Daniel Benoin sets under his 12 year residence. A worthy transition to the Irina Brook era which began on 1st January. She will have big shoes to fill, but if Angelo is a promise to the future, Nice has every reason to be proud of its National Theater.