Un festival c’est trop court, Nice’s short movie festival, is back in the city this October, and the 13th edition promises to be bigger and better than ever.

From the 15th to 20th of October, the movies will be shown in many venues throughout town, from the Rialto and the Cinéma Mercury to the Villa Arson and the M.A.M.A.C., and the various winners will be selected by a professional jury but also by the audience who will be able to vote after each showing for the Prix du Public. 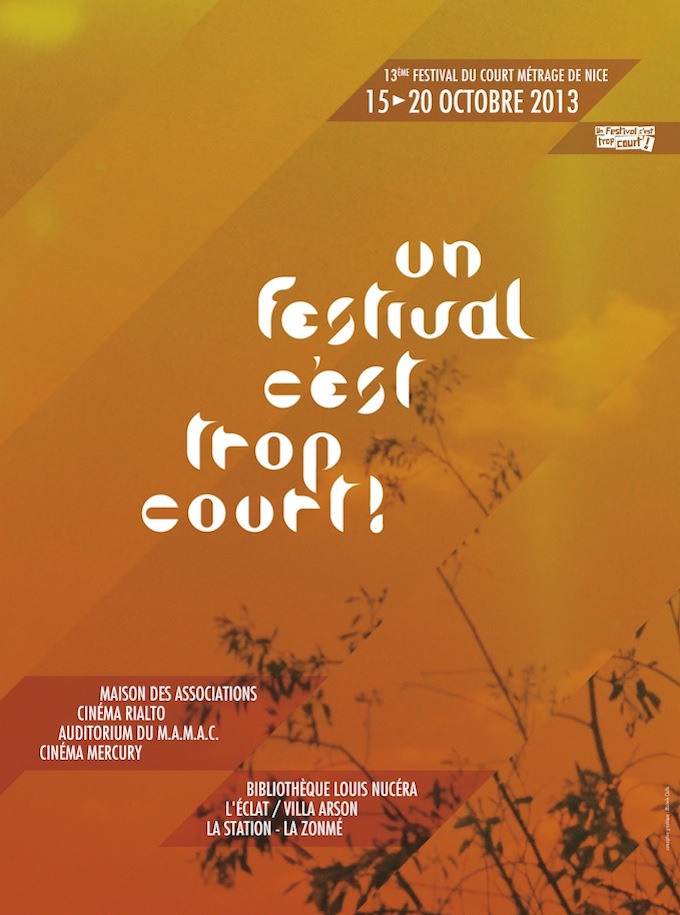 The main goals of this festival are to bring together the best of the young European creators and to explore the richness of the continent’s cinema, honouring a different country each year. After the Czech Republic in 2012, the guest of honour of this new edition is Denmark.

Moviegoers will thus have a chance to discover, or rediscover as the case may be, movies by Carl Theodor Dreyer, Jorgen Leth and Lars Von Trier, as well as by new up-and-coming directors.

But the six-day event is not just a competition, it is also a big celebration and for the duration of the festival, many workshops, meetings of authors and producers, round tables, debates and concerts will also take place every day.

In 2012, Un festival c’est trop court attracted 8,000 spectators, so do not miss your chance to participate in this fun and interactive movie fest this year.