Search
Home
On the TownNightlife

Monaco has it all: prestigious five star hotels, award winning restaurants, and some of the hottest night spots along the Côte d’Azur.

Among many of the young and trendy jetsetters visiting the Côte d’Azur, there was once the sentiment that Monaco lacked atmosphere and cool places to go.

Not anymore. The Principality is full of excellent nightspots, which now rival bars and clubs in Cannes and Saint Tropez as the place to be seen.

We offer an insight into five of our favourite Monaco night spots.

This hip and chic club’s claim to fame is that it is the only night spot along the Côte d’Azur that can be accessed directly by boat. So if you really want to throw the night of all nights, we suggest you fly into Monaco by helicopter, jump in a speed boat from the heliport in Fontvieille and arrive at Twiga in ultimate style.

Twiga has its own jetty, a terrace right on the water’s edge, and some of the best views of the Monaco coastline. They do take away the deck and jetty at the end of the summer season though. Open from 6pm every evening.

Jimmy’z is legendary in the South of France and a favourite amongst celebrities, who think nothing of flying from St Tropez to Monaco by helicopter for a night out at this extraordinary club. Situated half indoors and half outdoors in a serene Japanese garden, the club also boasts a special VIP area called the Boom Boom Room, which overlooks the dance floor. As you might expect, prices here do not come cheap: the most inexpensive bottle of champagne will set you back €350.

Another night spot which has been around for years, but which has recently received a make-over, is the Motown-themed Black Legend club. Come here for a chilled out evening of sensational soul music on the edge of the port in the heart of Monaco. Drinks here are also much more reasonably priced, with a bottle of champagne starting at €110! The club is open over the summer from Tuesday to Saturday.

There is valet parking so no problem at all taking the Ferrari or Porsche to Before, where it will be in excellent company. The club is cheek by jowl with La Rascasse, and so, so popular. Lovely ambiance, great crowd, great drinks. There is nothing much not to like. When you are done gazing inside, then wander out onto the terrace, and mix and mingle with the extrovert crowd. 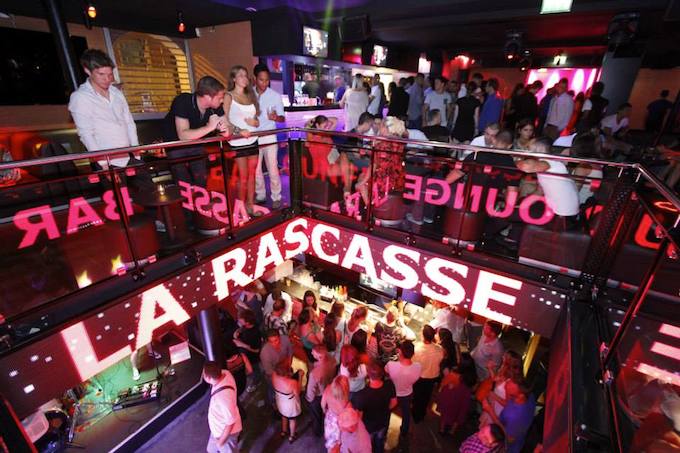 If you fancy a drink listening to live music, then we suggest you head to La Rascasse on the port overlooking the plethora of superyachts moored there. The bar is hugely popular with the youth of Monaco, and it attracts some great local bands which play most evenings in the summer time. Come along to an ‘After Work’ apero with live acoustic music from 4 to 11pm and then carry on clubbing until dawn. The bar closes at 4.45am most mornings.