Photographer Marc Pollini is a pragmatic man, one who concentrates on the essential and would much rather let his art work do the talking than himself. This quality is reflected in his new exhibition “Islande, Île Noire” (Iceland, the Black Island), currently on display at the Musée de la Photographie in Nice through June 14. Instead of framing his vistas and characters to show off their best features, his images encapsulate the very soul of Iceland in all its natural beauty and mysterious desolation.

His Corsican origins may have influenced Marc Pollini to keep a form of simplicity to his photographic signature. In his own way, sometimes very direct, sometimes with colourful and contrasting cut-outs, he shows the world as he sees it. He prefers the subjective, the off-camera, in his photography, often exploring the themes of emptiness, calm, and the absence of human traces. And yet, in his photos, occasionally a human presence pops up out of nowhere, sharing a story with us unplugged and unscripted… 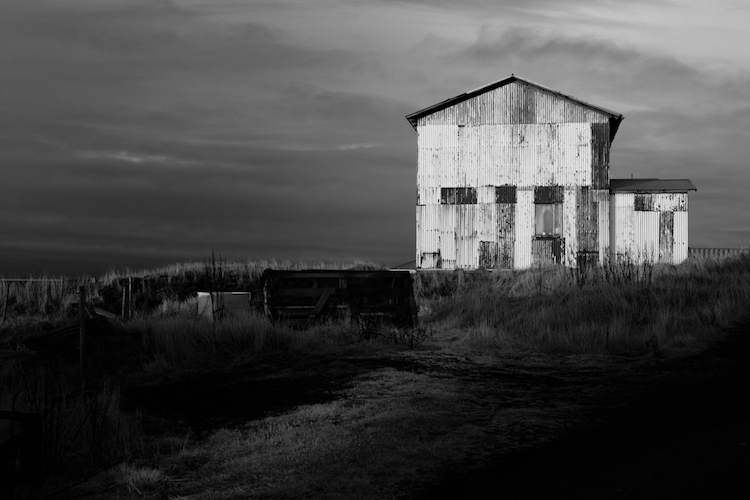 “For me, photography is a process that triggers a more intimate perception of the world around me, and in this sense broadens my vision,” the artist explains. It frees him from anything that can interfere with his subject and brings him closer to it. “These moments are special and I like to think that only photographers know this. The intention is cerebral, sometimes I only understand it long afterwards. The act is physical, and it’s very tense. I find an outlet that brings me escape and peace but still reflection, and I sincerely hope that others can feel it too.”

Being an artist is not (yet) a fulltime occupation for the 49 year old Corsican who is well-known around Nice as a business manager and owner of several restaurants, bars, and real estate agencies. In fact, his interest in photography is quite recent, although artistry does run in the family – his sister Sophie Pollini is an accomplished painter and a graduate of Les Beaux Arts in Paris.

Through this series of photos of Iceland, Pollini wants to showcase some of the particularities of this island, where the harshness of nature and its vastness take the upper hand over man. Being an islander himself, he intuits the dichotomy of nature, often synonymous with freedom and the notion of confinement at the same time. “It is this paradox that I wanted to highlight in this work which took more than a year and for which I went several times to Iceland in different places and seasons.”

Although the theme of this series seems clearly defined, the selection of photos juxtaposes the barren volcanic landscape with the hardy people and animals that live here. Pollini conceives Iceland, as he usually does in photography, as a stroll or a wander, without ever knowing precisely what he was looking for, “just contemplating nature, or on the lookout for something to happen, like my encounter with an old handicapped man, or the tattooed man who agreed to pose for me in an unlikely place after having shown me my way to the northern end of the island.” 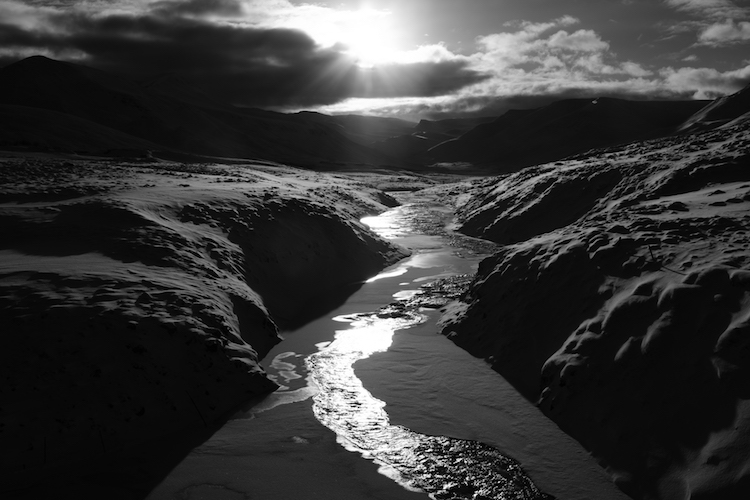 This quiet, understated, contemplative exhibit does not seek to show Iceland as an alluring tourist destination. Rather it is a very personal, subjective take on a place where stillness and solitude still exist, and quite simply a treat for connoisseurs of photography who will appreciate Pollini’s black and white technique as an obvious choice.

“…Of course, simple minds can say that it is understandable that a man who is surrounded by people all the time on a daily basis should so eagerly seek the solitude of empty landscapes. The question, I believe, is not necessarily the absence of man but the power of Nature. There is indeed a lesson to be learned from your work: nature does not need us to be great and strong, let us not forget this. This is what should encourage us even more to respect it and to bow humbly before it.” — Christian Estrosi, Mayor of Nice, at the March 5 vernissage

The Musée de la Photographie Charles Nègre was inaugurated in February 2017 after moving from its original location in rue Dubouchage. It features temporary monographic exhibitions from the biggest names in photography to talented newcomers, along with theme-based exhibitions that present all the trends from the earliest photographs to digital pictures. The photography museum also has an adjoining gallery dedicated to regional photographic creation.